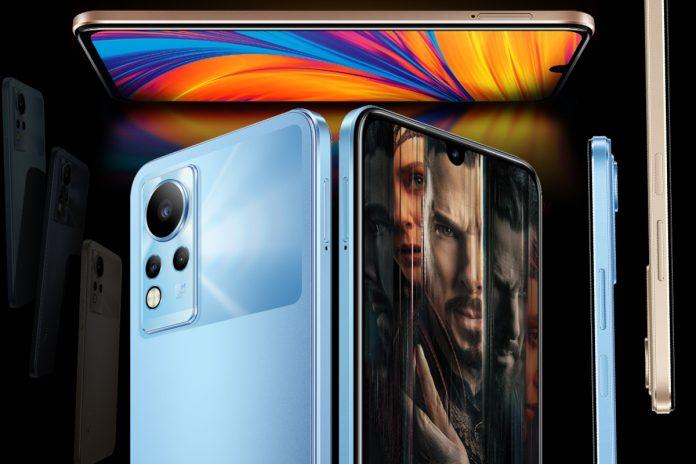 Infinix appears to be on a launching spree this year, as it’s coming up with new devices almost every month. Among its smartphone portfolio, the Note series, in particular, holds great importance for the Transsion-owned brand, as it keeps following up the much-anticipated line-up quite often. Continuing this trend, Infinix introduced Note 12 and Note 12 Turbo recently, and this time the brand has partnered with Marvel Studios (we’ll discuss inside), which makes them appealing (in comparison to Note 11 series), at least on the paper. Besides, they have been Widevine L1 certified.

While the Infinix Note 12 comes with a starting price tag of Rs 11,999 for the 4GB + 64GB variant, we had for review the 6GB + 128GB model that costs Rs 12,999, with impressive features like a 50MP primary camera, a 5,000mAh battery and MediaTek Helio G88 chipset. Interestingly, it has a tough competition to deal with from the likes of Realme C35, Realme Narzo 50 and Redmi Note 11 in the sub-15K segment. So, let’s find out where this new budget offering stands on different parameters of excellence, in this review. 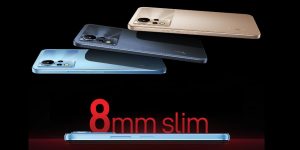 The Jewel Blue colour variant that we had for review exudes a sophisticated look at first sight, as it comes with a dual tone design – a glossy finish on the top and a matte finish at the bottom of the rear panel that doesn’t attract fingerprint smudges. It houses a vertically-rectangular camera island at the top left and the Infinix branding at the bottom. The camera module doesn’t protrude too much and consists of three sensors – one large and two small – and an LED flash. Unlike the rest of the rear casing, the camera bay can attract fingerprint smudges.

Having a plastic finish all around, the Infinix Note 12 sports a square-sided frame resembling the iPhones. While the top of the device is plain, it features a USB-C port, the speaker grills, a 3.5mm headphone jack and a mic at the bottom. On the left, you get a dual SIM card tray that also supports a dedicated microSD card, whereas the right side of the phone houses volume rockers and a power button that also doubles up as a fingerprint sensor.

Inside the box, you get a black TPU case, 33W charging adapter, a USB-C cable, and some Doctor Strange stickers. Besides, we received (as a gift) an extra Doctor Strange-inspired, or say a customised protective case – made of possibly rubber – which is thick enough to protect your device from drops. We also received a screen protector with this device.

Taken as a whole, the smartphone feels lightweight and offers a good grip in your palm, thanks to its well-made design. It looks premium even though it has a plastic frame. Although there is no official waterproof rating, it should be satisfactory, if we look at its price point. On the flip side, the fingerprint sensor is not that catchy, you need to press it every time. 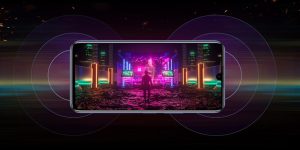 The smartphone sports a 6.7-inch FHD+ AMOLED display, with a resolution of 2400 x 1080 pixels, 1000 nits of peak brightness, 100% DCI P3 colour gamut and 108% NTSC ratio. It has a screen-to-body ratio of 92% and touch sampling rate of 180Hz, which is quite good, whereas the refresh rate of 60Hz is a bit slow as many budget phones are now coming up with 90Hz refresh rate which enhances your gaming experience. You get a drop notch at top of the screen, having marginal bezels around except at the chin which is a bit thick but it definitely doesn’t look awkward.

On the whole, the display looks amazing and delivers superior contrast and effective colours. Even its brightness levels are impressive, especially indoors in comparison to outdoors under direct sunlight. Even the colours reproduced are vibrant, and pictures and texts are very clear. You may go for this device if you are looking for a large display with amazing contrast and great levels of brightness. 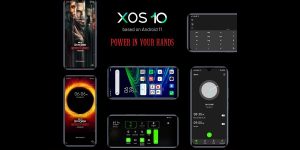 Under the hood, the Infinix Note 12 is powered by the octa-core MediaTek Helio G88 processor based on 12nm architecture. The chipset is further accompanied by the Mali-G52 MC2 GPU. As discussed above, the smartphone comes in two different RAM/ROM configurations – 4GB/64GB and 6GB/128GB. As it’s the trend now, the smartphone offers a virtual RAM feature of 3GB and utilizes unused ROM to offer a better multitasking experience. In my case, the 6GB RAM could get extended to 9GB. The device runs on XOS 10.0 based on Android 11 out of the box.

The smartphone managed to perform well and it was practically good in different use cases. The Helio G88 is an efficient processor and delivered the level of performance that I was expecting from this. It wasn’t irritating at all even while playing games on the phone, which was quite smooth, except for certain incidents wherein it took some time to open apps and complete animations. If we look at the skin of Android, it’s not very refined and falters sometimes. Besides, you’ll find a lot of bloatware – while some apps can be uninstalled, others, especially owned by the company, can only be disabled. There are some good features such as Smart Panel, Social Turbo and Game Mode, to name a few, that you’ll love to use. 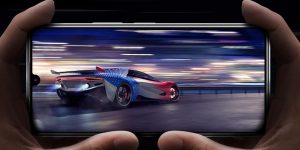 Lack of 5G connectivity is definitely a drawback with this device, especially when many smartphones are coming up with this feature at the given price point. However, it’s not an issue as the complete rollout of 5G will take time and the 4G is here to stay for the next many years.

The smartphone houses a triple camera set up with 50MP as the primary sensor with f/1.6 large aperture, a secondary lens with a 2MP depth sensor to capture wide shots, and an AI lens. Up front, it has a 16MP AI selfie camera with dual-LED flash.

The performance of the primary lens, in particular, is remarkable, as it clicked really decent shots with enough detail and natural colour in the daylight conditions. Even the depth sensor delivered pleasing results with the bokeh effect, as the pictures came out with good details and vibrant colours. On the other hand, the smartphone struggled a bit in the low light conditions, as it clicked some ordinary shots which are expected when there is not enough light. The photos, however, came out good indoors with sufficient light with nice details and bright colours. 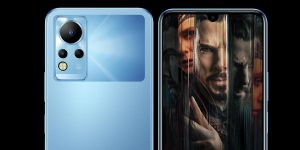 In terms of selfie camera too, the device delivered a decent performance with good colours and details in the well-lit environment, whereas the night shots came out not that good. The night mode is definitely of some help, as it enhances the photo but the natural details get lost to some extent. However, it’s definitely a good feature for selfie lovers.

As for videos, the smartphone comes with a fully loaded video camera with multiple features like Time-lapse video recording mode and Slow Motion video mode, allowing you to capture videos with 240fps. The performance is really amazing, as you can create impressive videos with the Bokeh video recording mode, which blurs the background, making the subject stand out by focusing on it. Here again, the lighting conditions matter a lot to make a good video. 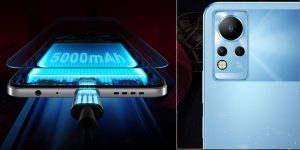 Offering a massive battery backup of 5,000mAh or more has become a new normal for Infinix, and here too, it’s a 5,000mAh battery with support for 33W fast charging. It can easily last up to two days of light usage, whereas it’s enough for a day in terms of heavy usage. It indeed is impressive and of a great help if you are on a field job or dislike plugging in your phone charger at the workplace. The smartphone took more than 1.5 hours to charge fully.

The Infinix Note 12 looks elegant, and has decent specs and features that you look for in a smartphone in the affordable range. Besides offering a capable processor, it comes with a virtual RAM feature which happens to be a trend nowadays. Cameras on this phone are awe-inspiring, with impressive pictures and videos in well-lit conditions. Its battery performance is another important part of this device. Although it has no 5G connectivity support, the Infinix Note 12 is a wholesome package in the budget segment. Software is an area where it requires a little improvement. Hope the company will give a serious thought to it and make it possible through future updates. Interestingly, if you are a fan of Doctor Strange and the Marvel series, it’ll offer you some attractive goodies.