With the smartphone industry growing and improving each day, the prices for the devices are also going sky high. The heavy-featured smartphones also come with a heavy range and thus going a little out of your budget. However, there are always some exceptions and Infinix Hot 12 Play is one such example. The phone comes from the budget-friendly tech brand, offering some amazing smartphones under Rs 10,000 in the Indian market. Infinix Hot 12 Play is the recent addition to the brand’s HOT series which comes at a price of Rs 8,599, not even the whole 10k segment. The smartphone features an amazing battery life and some specs that you even won’t find on mid-range budget mobiles.

Infinix Hot 12 Play is the recent offering from the brand and an addition to its budget-mobile series. The phone was launched globally starting May 30, 2022, and is now available to buy at various online and offline stores. Now, the one major perspective Infinix has fixed its focus on- is to bring killer launched within the budget of the consumer. So, does this one fulfil the expectations and is one of the best choices in the budget range? Let’s take a look at it together. The phone has been with me for more than 15 days now.

Talking about the design of the smartphone, The Infinix Hot 12 Play comes with a stylish polycarbonate back with a gradient finish. The coral blue colour looks almost looks very pretty and the blue colour helps its transitions stand out with light reflecting on it. However, the colour also adds to the zillion budget phones that we have seen in the Indian market, like the Moto E7 from 2021. The back also features the camera configuration at the top left corner with an LED Flash. Infinix Hot 12 Play also has a physical fingerprint sensor placed in the middle. The phone is not your regular-sized one, it is a massive phone that is going to show up with a full glance in your hands. However, one good thing about it, even after the big size, the phone doesn’t feel heavy at all. Infinix Hot 12 Play weighs around 200 grams, which, given that it has a massive battery, is pretty amazing. My only concern here is that it doesn’t fit every jeans pocket, but if you are into flashy big things this is the one you can try! 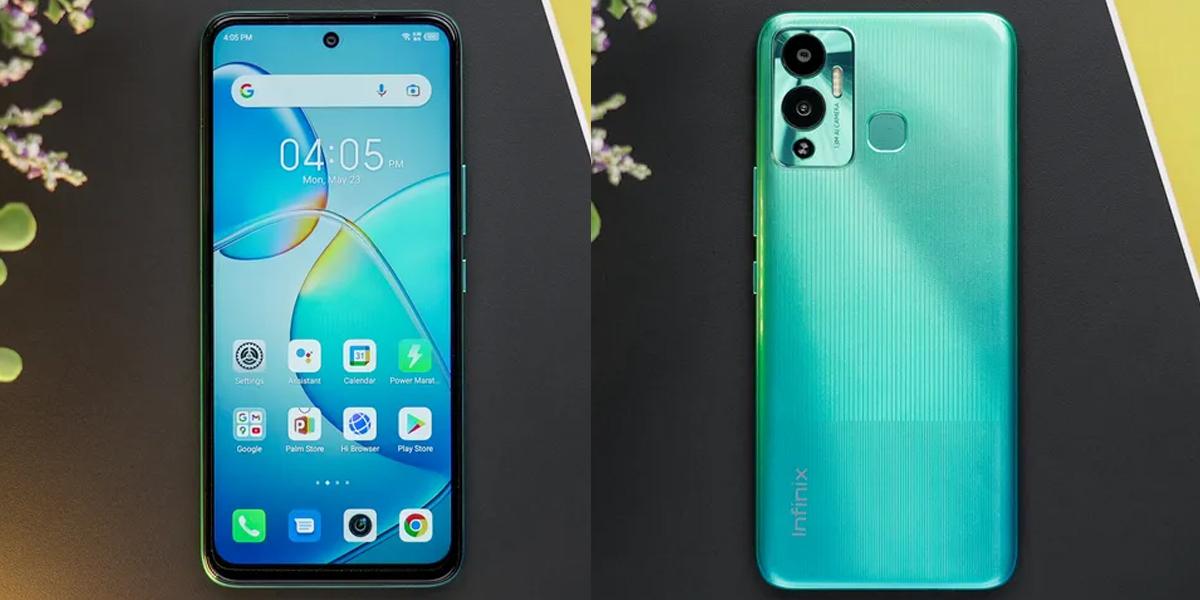 For more design specs, it comes with a punch-hole display, something that is still very new in this price segment. It also has a volume rocker and a phone lock button which are very clicky. However, the fingerprint sensor at the back is too high to reach in a single try for those with small hands because this is a big smartphone for single-handed use. Still, the performance covers it all as it has the optimum power with instant finger recognition. Overall, the device feels big in hand and at its price, the build quality is fine. Summarising the entire design feel,  the smartphone is no head-turner as mostly matte or glossy finishes are taking it. It seems quite straightforward with a sprinkle of jazz with a dual-colour tone.

Infinix Hot 12 Play comes with a big 6.82-inches display with a Full HD+ resolution of 1640 x 720 pixels. It also features a 90Hz refresh rate, a screen-to-body ratio of 90.66 % and a 180Hz touch sampling rate. The display is nothing new or unique as compared to other available options. It is also quite identical to its other predecessors, however, most phones come with a similar display at this price point so we can’t complain much. Coming to the display performance, it offers smooth animations and scrolling since it has a 90Hz refresh rate. It also seems quite good with the colour quality as they seem very vivid. It’s a quite satisfactory performance given this is a budget phone, right?  Yes, of course, but a better resolution would have been more appreciated! It lacks the sharpness that we expect from a full HD panel. The outdoor visibility is also decent on this one, but you might see some glares in the sunlight.

The Infinix Hot 12 Play comes with XOS 10.0 based on Android 11. It also comes equipped with the UniSOC T610 1.8 GHz Octa-core processor. It has 4GB RAM paired with 64GB storage, with even support of up to 3GB virtual RAM extension support. Now, this is the same processor that also comes installed in the Infinix 12 as well. So, in short, the experience wasn’t crummy, it does perform very decently.

The phone does have some sit-backs like the animations might seem choppy, or you might face some app crashing while using them. However, the phone still is a better performer than its recent successor, the Hot 11 2022. With the UniSoC processor, this does come with some bloatware but considering its predecessors come with an Helio G35, this is still much better. The G30 series is only known to do the bare minimum and registers its presence as a processor. However, UniSoC features the octa-core architecture. Even if we talk on paper, it performs almost double as compared to the Helio.

Another good thing is that the phone comes with its latest security patch, so it was really great. Overall, it worked smoothly while I was scrolling through my social media or even on the calls. I didn’t even face any issues during my binge-watch hours on Netflix as well. I have also run BGMI on HD High graphics on this one and to my surprise, it performed decently well, I couldn’t see any lags or sudden crashing whatsoever. So if you too are a right-handed user, this is definitely a good budget option for you. Overall, the chipset seems capable enough to handle the day-to-day tasks of the users, as most of them are not into heavy gaming anyway.

Infinix Hot 12 Play features a dual-camera setup that houses a 13MP primary lens that has an aperture of f/1.8 paired with a depth sensor. On the front, you will get an 8MP selfie camera. Now coming to the image quality, it is somewhere what you can expect from a budget phone- “Very Standard”. The images do appear to be fuzzy and whitish.

The daylight images also lacked some detailing along with a very low to medium sharpness. The images produced were somewhere oversaturated as well, hence the colour quality also suffered miserably. Edge detection in portraits works decently fine and makes the photos look okayish. Then coming to the night images, the images looked very blurry and couldn’t recognise any details. 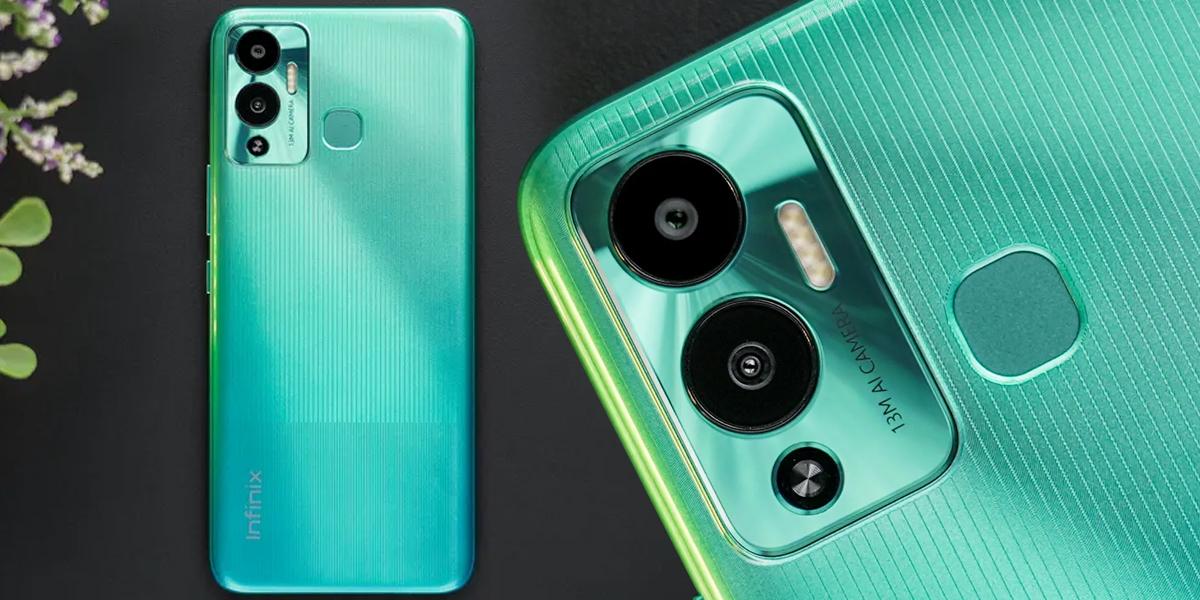 For selfies, the images were fairly decent and subject separation in portrait mode was also good. The contrast and skin tone recognition are not that stable, but they performed quite well. Also, you can light the flash on while you take a selfie in low light, which is again something quite great. Just the punch of colours and the sharpness were also missing from the selfie camera. Overall, the camera on this one is pretty standard, but considering the budget range, it’s quite balanced. Also, there are smartphones that don’t stand out for their camera performance in this budget range, but this is pretty decent.

Now, Infinix Hot 12 Play comes with a massive battery of 6000mAh, which in my opinion is the highlight of this smartphone. This battery power combined with the given processor is a great pair that could get you through the day easily. The phone even after using a whole day lasts quite well without qualms. The smartphone also comes with 10W charging, hence taking up a lot of time to charge up. 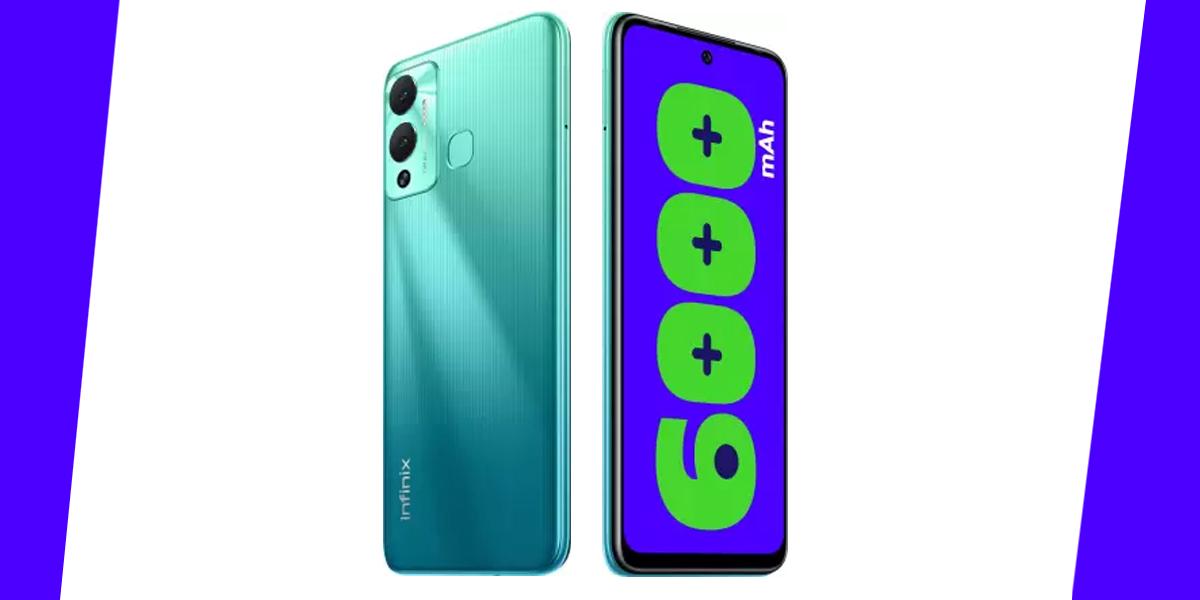 If you’re a light user with only some scrolling and calling, this can easily last you up to 2 days. However, even with heavy usage, the battery won’t die in a day.

The Hot 12 Play is currently Rs 8,499 for a single variant featuring 4GB of RAM and 64GB of internal storage. It comes in three colour options – Daylight Green, and Racing Black, Horizon Blue. It is also available to buy from Flipkart and other online/offline retail outlets.

Coming to the question Is Infinix Hot 12 Play a good budget option to go for? The answer is yes. This might not be the perfectionist, but a fair deal for buyers looking to get a budget smartphone.  The smartphone also comes with a Gyroscope setting that some other phones lack, given this budget range. Also, it comes with a massive battery power that lasts you all day long. It also comes with a 90Hz refresh rate, eliminating all the lags for effortless scrolling all day. The massive screen in this range is also something not available that easily. Therefore, if an average camera and standard display are not your primary focus, then it is definitely a yay to get for yourself.