IQOO 9 SE Review: A good mix of looks and performance

IQOO recently launched its premium device as IQOO 9 SE. It is launched under the 35k price segment in India, which is quite good for the powerful chipset that it is offering. So, the question arises is this really a good mid-budget all-around smartphone? Well, let’s take a look together with this complied review on its every spec.

The smartphone is said to look similar to its predecessor IQOO 7. Is it true? What are the major upgrades and where the smartphone can be improvised? Let’s find out together!

The design of the iQOO9 SE looks quite good and premium. It sports a glass sandwich design with a plastic frame that feels premium to hold. The glass back flaunts a matte finish which makes it look rich and sophisticated, especially the Space Fusion Black variant. Although the looks on any smartphone are very subjective, however, I really loved that this finish isn’t a fingerprint magnet. It also has squat sensation up glass protection, so that is a thumbs up! 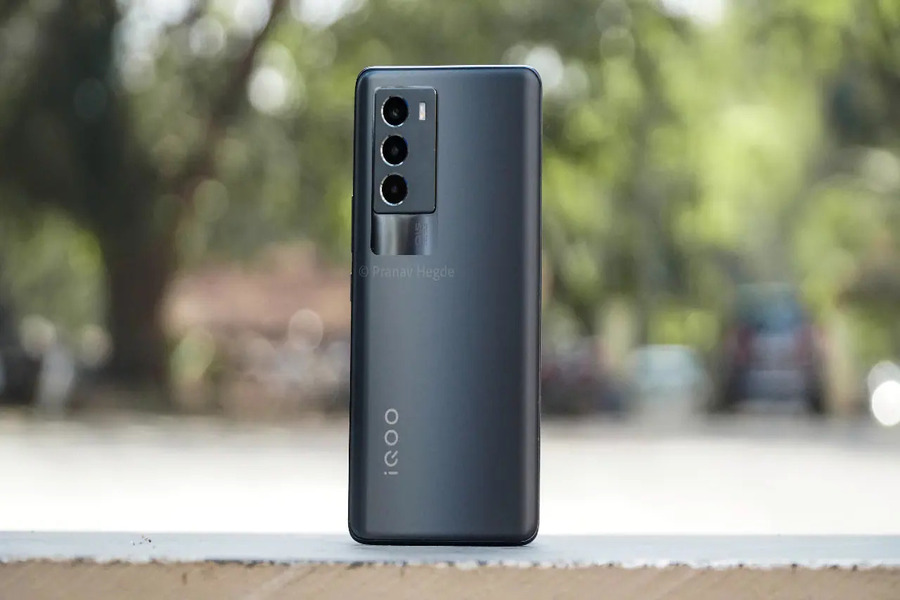 Furthermore, it does look like Iqoo7 but has a slightly changed camera module at the back. The back panel curls into the frame for a better grip and feel in the hand. The phone is also fairly sleek with 8.3 millimetres thickness and the weight is fine with 197grams. Some other details on this include no microSD slot and no wireless charging as well. There is also no 3.5mm headphone jack, however, I could still bundle up the headphone jack dongle (USB Type-C converter) that came inside the box.

Iqoo9 SE is also ip52 rated for splash resistance and it flaunts stereo speakers on the bottom. It also features an extra speaker in the earpiece to give out the ultimate stereo speaker experience. The power and volume buttons are both clicky and accessible. I didn’t find any lag or slow responses.

Now coming to the front, you get this amazing display quality with promising specs. You get this great AMOLED panel. It produces such bright, vibrant, and sharp colours, so there are no issues with outdoor viewing. The phone also sports a specialized Intelligent Display Chip paired with a 120Hz refresh rate. This also gets the option to set a smart switch option, where your device will adjust the rates as per your usage. Or you can also force 120Hz rate everywhere. Personally,  I preferred the 120Hz rate everywhere as it makes the Ui feel more fluid and smoother.

The iQOO 9 SE comes packed with a Wide vine license as well. It simply means a full Netflix and Prime experience with Full HD mode. It also has HDR support though I couldn’t find it while watching Netflix or Prime. Now, with such smartphones, people also face tainting issues, however, I used the phone for more than 15 days, and I didn’t find any tainting on the screen. The front also features the in-built fingerprint scanner which is fast enough with giving off more modern vibes.

So, overall combining the design and display, the iQOO 9 SE is an excellent choice. It has both style and subtleness, with no issues whatsoever.

Now, given the price range, one can expect better design and display in this category. However, the chipset is what makes things even better and more interesting. Talking about performance specs, the iQOO 9 SE is designed for consumers who want the best from their smartphones.

Under the hood, there’s a Snapdragon 888 SoC, which is always notorious for its thermal throttling and heating issues. Surprisingly, iQOO has kept the temperature under control here. Under the hood, it features a vapour cooling system that keeps the tablet cool whether you’re playing games or doing intensive chores.

Every day for at least an hour, I played BGMI on this device with HDR visuals and Extreme frame rate settings. During my iQOO 9 SE evaluation time, the phone did not lag or stutter in any way. Despite running BGMI at high graphics settings for lengthy periods, the phone only became somewhat warm to the touch, which is to be expected. Also, it supports ultra-HD graphics with ultra-frame rates, which is rather rare to find in such a budget range. The performance was super smooth and nice.

Moreover, the phone has a Monster mode that effectively maximizes the capabilities of the available chipset. You’ll also receive 4D Game Vibration, which improves haptic performance when playing games. If you don’t play a lot of games, the 4500 mAh battery can last a day. The phone offered me a screen-on time (SoT) of roughly 6 hours on days when I merely glanced through social media or watched YouTube videos. Even if you don’t play, the 4500 mAh battery will provide you with around 5 hours of SoT.

In the box, iQOO includes a 66W rapid charger that charges the battery in 35-40 minutes. It isn’t as fast as the iQOO 9 Pro (Review), which supports 120W fast charging, but it costs nearly twice as much as the iQOO 9 SE.

The iQOO 9 SE runs on Fun touch OS 12. In terms of Fun Touch OS 12, the software based on Android 12 is somewhat superior to the software based on Android 11. It still doesn’t support Google’s Material You Wallpaper theming, but it does include a slew of new features including Dynamic Effects customization, numerous gestures, and 3D surround sound compatibility, among others. Furthermore, the UI animations are quite fluid and quick at the same time, similar to what we saw in OnePlus’ Oxygen OS 10. Finally, the iQOO 9 SE receives the February security patch, which is not the most recent but is still acceptable given that certain flagships, like the ROG Phone 5s, received the September 2021 security patch in February.

In comparison to its more costly brothers, the iQOO 9 SE camera module is far more inconspicuous. A triple-camera array featuring a 48MP primary camera with OIS, a 13MP ultrawide camera with a 120-degree field of view, and a 2MP monochrome sensor is housed in the rectangular-shaped module.

The colours and general output of the iQOO 9 SE camera samples that we took throughout the evaluation impressed me. The colours are somewhat more saturated than they appear in real life in certain situations, but the dynamic range is rather nice. The daytime pictures were awesome with a lot of details, with an excellent dynamic range. In low light, the phone also catches superb details in the shadows. Yes, there is some noise, but it’s only perceptible when shooting in very low light. Other than that, the images were fairly sharp and nice.

The colour temperature of the ultrawide camera is similar to that of the primary camera, however, there is significant purple fringing. The ultrawide camera also functions as a macro sensor, which is a far superior implementation to the common 2MP camera sensors found in many smartphones.

The main camera on the phone supports 4k video recording at 60fps. However, ois is only available till 30fps shooting. This was quite a bummer, but the video quality covers up for it nicely. It still features the same stability and sharpness at 30fps as well.

The iQOO 9 SE offers a 32MP front camera for selfies. And, I have to say that in the budget or luxury sector, iQOO and Vivo smartphones take the finest selfies. The same goes for the iQOO 9 SE. The colours are vibrant, and the bokeh appears to be natural with good all-around exposure. However, before snapping a shot, make sure you tweak the bokeh in the camera app. With beauty mode off, you can get close to natural skin tones and colours in selfies taken with the iQOO 9 SE.

The iQOO 9 SE sports a good 4500 mAh battery with a 66W flash charge. Although the 4,500mAh battery won’t last more than a day, the 65W fast charging will come in handy. It will only take 31 minutes to charge from zero to one hundred per cent.

Overall, if you’re a heavy user, make sure you have the 65W charger with you; otherwise, most chargers will only charge this smartphone at 18W. So, sure, the battery size gave me a little bummer, but hey, they also included a 65W charger, so I can’t really complain.

So, at roughly Rs 33,990, should you buy the iQOO 9 SE? When it comes to performance, the premium smartphone meets all the criteria. The iQOO 9 SE will not disappoint the gamer in you with Snapdragon 888, an intelligent display chip, and some software gimmicks. For a buttery smooth experience, the 6.62-inch AMOLED display boasts a 120Hz refresh rate and a 300Hz touch sampling rate. The battery capacity isn’t the finest in class, but depending on your use case, you may anticipate around a day’s worth of power.