This feature will allow users to instantly receive pre-defined binary answers to any spoken poll question. It is like an instant poll that can use used to gather immediate responses on a particular topic or question from an audience. Pre-defined binary answers could be anything from a Yes/No, Heart/Broken to Thumps Up/Down. Such polls can be organised by the presenters at any time without any prior settings or notifications.

View Up To 49 Videos

Those using Microsoft Teams for organising meetings or sessions currently can see a maximum of 9 videos on their screen. The limit is set to 9 videos by default but the latest feature Microsoft is introducing is going to change this default setting. Thanks to the new features, Microsoft Teams users can now see up to 49 videos simultaneously on their screens, which is a massive upgrade.

Now you can schedule the delivery of your chat messages manual using the new feature of Microsoft Teams. The delivery can be set for a future date or time by simply clicking right on the send button option. 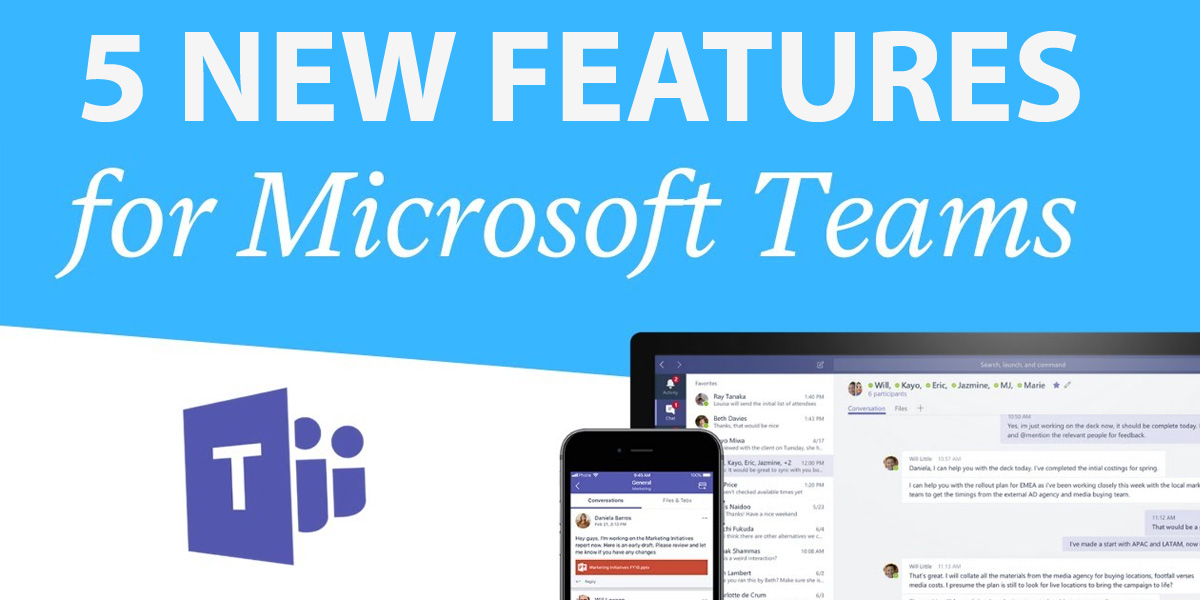 Microsoft is making it easier for Microsoft Team users to keep a track of all the messages received on a particular thread irrespective of the time it was sent. Users will have to just click on the chat message in the search result for a particular search query and the entire message thread will open.

Microsoft Teams is also introducing a new feature that will make it easier for Microsoft Teams users to manage their unread chat notifications. The feature will Turn On the unread toggle button in the feed panel for users to easily view, triage and catch up with the unread messages. In case users want to view both the read and unread messages at the same time, they would be able to easily Turn Off the unread toggle.