You can now use WhatsApp with your iPad, here’s how

WhatsApp is your popular messaging app going through continuous upgrades this year. We’ve lots of updates whether it’s the multi-device functionality, the communities, or the reaction feature, it has not missed fascinating the users this year. And, isn’t it funny that the iPhone users have full access to this great app but not their community brothers with iPads? Now it has something much better for you. Earlier, there was no dedicated iPad version of WhatsApp, but now it will have one! Read the details here!

There is no dedicated WhatsApp app for iPad users. For many years, they struggled to use the messaging app on their devices and have been demanding a distinct version for them. However, their wait may end soon. WhatsApp is all set to launch its iPad version, making it convenient for iPad users to access the app. India was the world’s leading country in terms of WhatsApp subscribers as of June 2021. In India, WhatsApp has 487 million users, making it the most popular messaging app in the country. 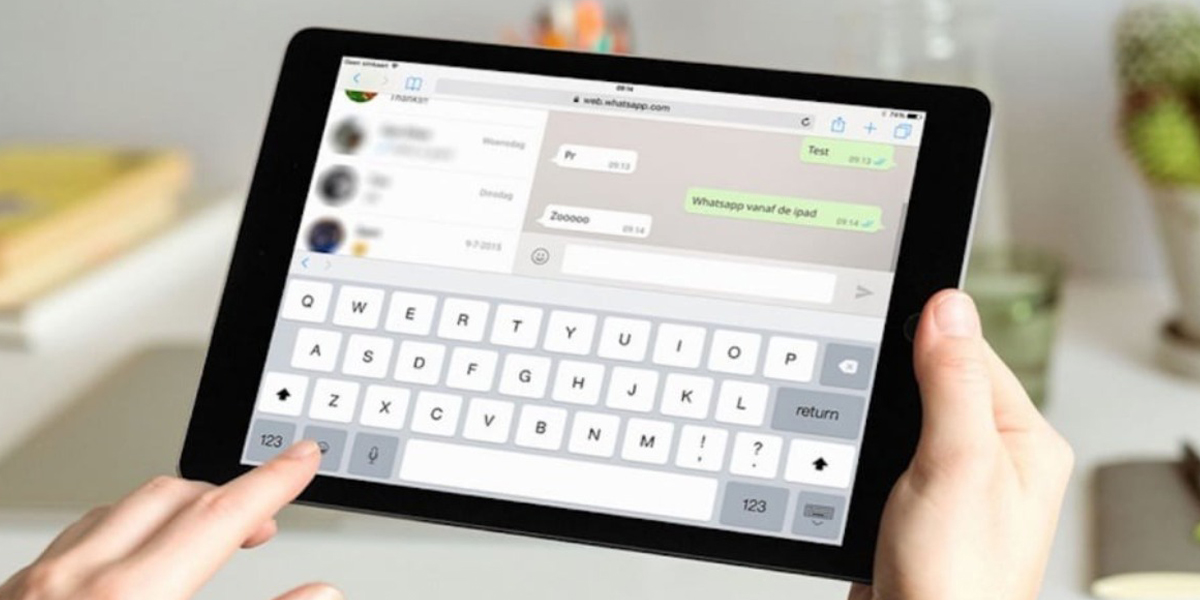 However, iPad has always been at the disadvantage of not getting to use the app freely. As the app does not work on iPad, customers have to utilise other messaging applications to communicate with their loved ones. And it was just sad to see them downloading other messaging apps on the iPad, but WhatsApp not being one of them. Existing iPad users have always demanded WhatsApp accessibility on their devices, and finally, their wishes might be granted soon.

Reportedly, the Meta-owned messaging app is expected to launch an iPad version soon. WhatsApp is working on a Multi-device 2.0, reported WABetaInfo, a website that tracks WhatsApp features. It will have the ability to support iPads. This new ability would help the users to connect their iPads or Android tablets to their existing WhatsApp accounts. They would be able to login into their existing WhatsApp accounts using four different devices, thanks to the multi-device connectivity. However, they would not be able to access their accounts from two different phones at the same time. WhatsApp would allow its users to have their phone as their primary account. Then, they can use the same WhatsApp functions through WhatsApp Web, WhatsApp portal and WhatsApp desktop versions.

The report also says that WhatsApp is working to bring the app support for Macbooks as well. It will soon come up with a macOS version to support WhatsApp on Macbooks too. Currently, you can find WhatsApp on your respective systems, Play Store for Android and App Store for iPhone.

The launch of the multi-device 2.0 or the macOS version is unknown. However, it is expected to be launched soon.

Other new features from WhatsApp this year

WhatsApp has introduced quite an interesting feature this year. This is what all you’ve got!

As part of the new initiative, citizens from across the country will be able to download or access the documents such as PAN card, Driving License, CBSE Class X Passing Certificate, Vehicle Registration Certificate (RC), Insurance Policy – Two Wheeler, Class X and XII Marksheet, Insurance Policy Document (life and non-life available on Digi locker) with ease and convenience, from the safety of their homes. Creating and authenticating the Digilocker account will also be possible through WhatsApp. The decision has been taken to help promote digital inclusion and efficient governance. Availability of the MyGov Helpdesk on WhatsApp will help citizens to get access to governance and government services at their fingertips. Read More: Access Digilocker services on the MyGov Helpdesk on WhatsApp, here is how

Reportedly, WhatsApp Desktop is developing a feature that would allow users to download all their account information easily. Users won’t even need to use the app on their phones. While it already allows users to download all the information it collects about them, it is still only available on mobile unless you are on a particular beta version of the desktop interface.

WhatsApp will soon allow the users to make a quiet exit from all unnecessary conversations as well as groups. The feature is called the Silent Exit which will allow the members to leave groups quietly. Also, other group members will not be aware of their exit, which is one of the best parts of it. As per the information on WABetaInfo, only the members who have left their groups and their group admins will be notified about it. WABetaInfo said, “WhatsApp normally adds a system message in the chat to inform all participants that you exited the group: this information will only show up to group admins in the future. Group admins should always be notified about what happens in their groups, so it is needed to show them who exited a group.”

The feature has made quite a thud in the market since its availability. It was also one of the most-awaited features on WhatsApp. Just like Instagram, users can now react to messages and save themselves from all the forced conversations they had to be part of before. You get five emojis and you can use whichever suits your conversation the best, Reactions feature on WhatsApp start rolling out today, says Mark Zuckerberg. Now you can easily show your affection and still walk away nicely from all the awkward texts using the heart emoji in your WhatsApp chats. Here’s a quick guide on how you can use the reactions if you still struggling to do it! Read here: Here’s your quick guide on how to react to any WhatsApp messages