Realme GT 2 Explorer Master Edition is confirmed to launch on July 12 in the homeland. It is a China-exclusive series and the company has shared some amazing specs and images of the upcoming smartphone. After the release date is confirmed, now the company has teased another significant update on this premium smartphone.

Realme GT 2 Explorer Master Edition is the current hot topic people have been really curious about. Right after the launch date, the company teased the first look of this upcoming 5G smartphone. Realme GT series is popular for the wackiest yet stylish design, however, the latest launch appears to be a totally different thing. Here’s what you should know about it!

Since the GT series has always come up with stylish designs pared with bold colours, the GT 2 Explorer Master Edition is an exact odd one-out thing. The smartphone appears to feature an elegant beige colour paired with brown edges on all four sides. However, it also seems that the brand has particularly gone for the same camera size to maintain that essence on its phones.

As the image in the tipster Mukul Sharma’s post reveals, this is the new GT 2 Explorer Master Edition coming your way. The design comes from the mind of the renowned fashion designer Jae Jung.

Realme posted a collection of images on their website in China. These images of the Realme GT 2 Explorer Master Edition display a somewhat novel appearance for the device. The phone features brown trimmings on the corners that make them appear more like flaps on a shell that covers the slab. The next model is consistent with Realme’s past Explorer and Master Edition phones’ attempts to stand out from the plain variations in terms of design. The Realme GT 2 Explorer Master Edition, which will be the second phone after the GT Neo 3 to include a punch-hole in the dead centre, can also be seen in the photographs.

Coming to the basics first, the phone is expected to feature a 6.7-inch AMOLED display with a resolution of 1080×2412 pixels. It might also come equipped with a 120Hz refresh rate for smooth scrolling and an in-display fingerprint sensor for security purposes. 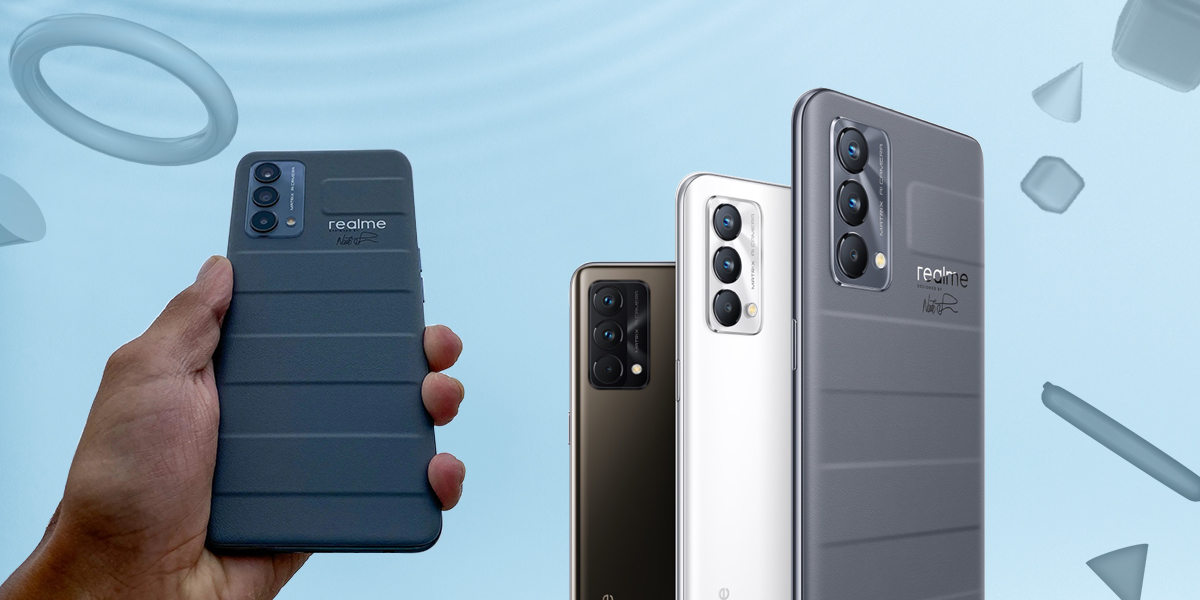 Furthermore, the tipster has also revealed some specs related to the camera as well. The latest 5G smartphone is expected to feature a dual-camera configuration at the back. It has a 50MP primary camera and a 2MP lens to support it. Furthermore, it will also feature a 16MP camera on the front for selfies and videos.

The journey of exploring begins with #realmeGT2ExplorerMasterEdition. Don’t hesitate, grab it and go explore. What comes to mind with this “travel trunk” design? Learn more from:https://t.co/Ddqb1qlzlR pic.twitter.com/sEuh2HYfTe

On the power processor specs, the GT 2 Explorer Master Edition is expected to feature a Snapdragon 8+ Gen 1 processor. Additionally, it will come paired with 12GB of RAM and 512GB of internal memory. As of right now, based on the ad for a blind sale on an e-commerce website, it is certain that the phone will come in an 8GB RAM and 256GB storage configuration. Realme UI 3.0 for Android 12 may be used on the device. The Realme GT 2 Explorer Master Edition’s 100W fast charging technology, even if a quicker 125W is already in the range, would be its strongest selling.