POCO X4 GT is going to launch along side F4 5G: Check specs and other details

Chinese smartphone maker POCO has confirmed the launch dates for its upcoming rumoured 5G phone- POCO F4 5G. The smartphone will come to India on the upcoming June 23, 2022. Now the brand has announced that this is not the only smartphone coming. The brand has confirmed that it is bringing another device along with the F4 5G, namely POCO X4 GT on the said date. The brand has also revealed the launch time and how the phone will be unveiled. So here’s all the deets and specs that you should know!

The POCO X4 GT will launch alongside the upcoming 5G phone. The phone launch is also confirmed by the brand’s Twitter account. The smartphone is said to be the fastest in the X series.

Did someone say #Speeeeeeeeeeeeeed?
How many “e” did we write? 😉

💡 Let’s get ready for the speed expert birth on June 23rd. Save the date for #POCOX4GT #NoSpeedLimited pic.twitter.com/wZ5LiNv9F2

POCO X4 GT is expected to be an upgraded version of the Redmi Note 11T Pro, which was launched in China recently. Coming to the specifications, the smartphone is expected to feature a 6.6-inch FHD+ IPS LCD display panel. It also sports a 120Hz refresh rate for extra smooth scrolling when you’re multitasking.

Furthermore, it has a Corning Gorilla Glass 5 protection for the display. Under the hood, it sports a MediaTek Dimensity 8100 processor to power all its tasks. Additionally, it comes with 8GB RAM paired with 256GB of internal storage. 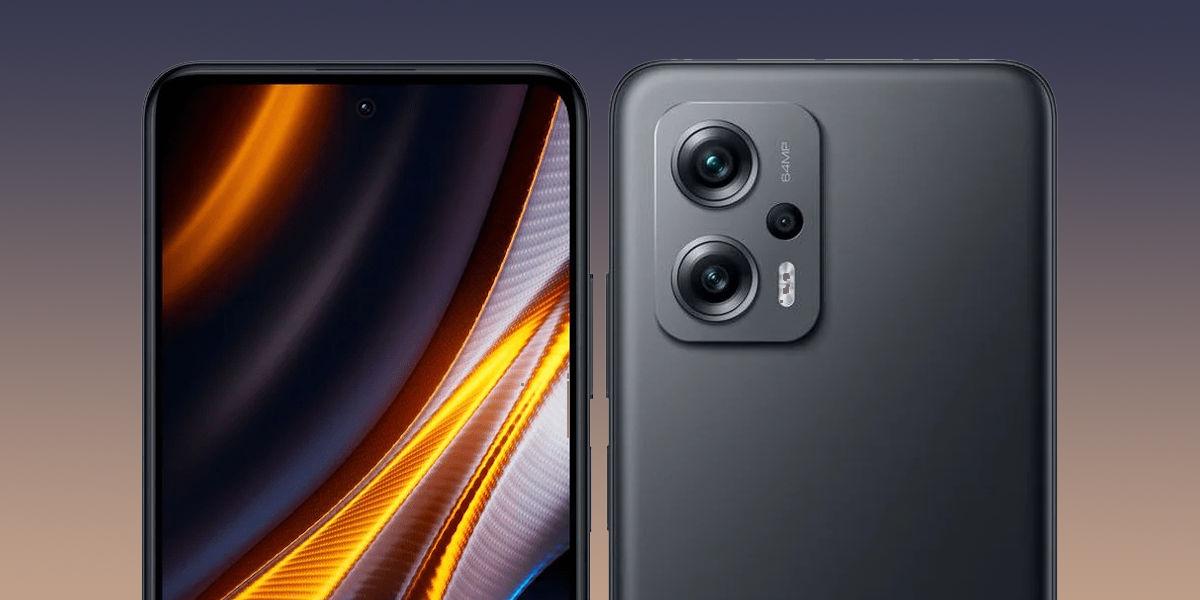 Coming to the optics, the POCO X4 GT is expected to feature a 20MP front camera for sharp and bright selfies as well as video calls. It is also going to feature a triple camera configuration at the back with a 64MP primary lens with an 8MP + 2MP lens.

According to a report by Rootmygalaxy, Poco’s upcoming smartphone is expected to be a rebranded version of the Redmi K40S smartphone that was launched in China recently. The phone comes with a 6.67-inch 120Hz E4 full HD+ AMOLED display with a resolution of 1080 x 2400 pixels, Qualcomm Snapdragon 970 chipset, up to 12GB of RAM, up to 256GB of storage space, 4,500mAh of battery life with support for 67W fast charging technology, Android 12-based MIUI 13, a 48+8+2MP rear camera setup and a 20MP selfie camera.

It was launched in China at a starting price of 1,999 Yuan (Rs 23,307 approximately). The tipster also shared live images of the upcoming smartphone that show a stark similarity to the Redmi K40S smartphone.

The expected price is not yet out for this smartphone. However, its predecessor, the Poco F3 GT, was launched in India at a starting price of Rs 26,999 last year. The highlights of the smartphone included a 6.7-inch AMOLED display, MediaTek Dimensity 1200 SoC paired with 8GB RAM and 256GB of internal storage, a 64MP triple rear camera and a 5,065mAh battery that supports 67W fast charging technology.

Also Read: Realme Narzo 50i Prime likely to be launched on June 22

Choosing a smartphone for parents is an all-time Chao...
Read more
Gadgets

Bollywood has shown us many diverse aspects of life...
Read more

Previous articleThese three smartphones are scheduled to be launched this week
Next articleOne Plus 10T tipped to launch in India soon: Check expected specs and price details

Choosing a smartphone for parents is an all-time Chao...