Realme Narzo 50i Prime likely to be launched on June 22

Called Realme Narzo 50i Prime, the upcoming smartphone has reportedly appeared on several certification websites including, the NBTC, Eurasian Economic Community (EEC), the US Federal Communications Commission (FCC), and the Bureau of Indian Standard (BIS). The listing of the smartphone on the BIS website indicates an imminent launch of the Realme Narzo 50i Prime in India.

According to the report, Realme Narzo 50i Prime is expected to come up with a water drop notch for the front camera and the smartphone is expected to be available in two colour options—Black and Green.

The Realme Narzo 50i Prime is likely to come up with a price tag of around Rs. 7,800. The reported upcoming smartphone will be the most affordable smartphone from Realme in 2022. 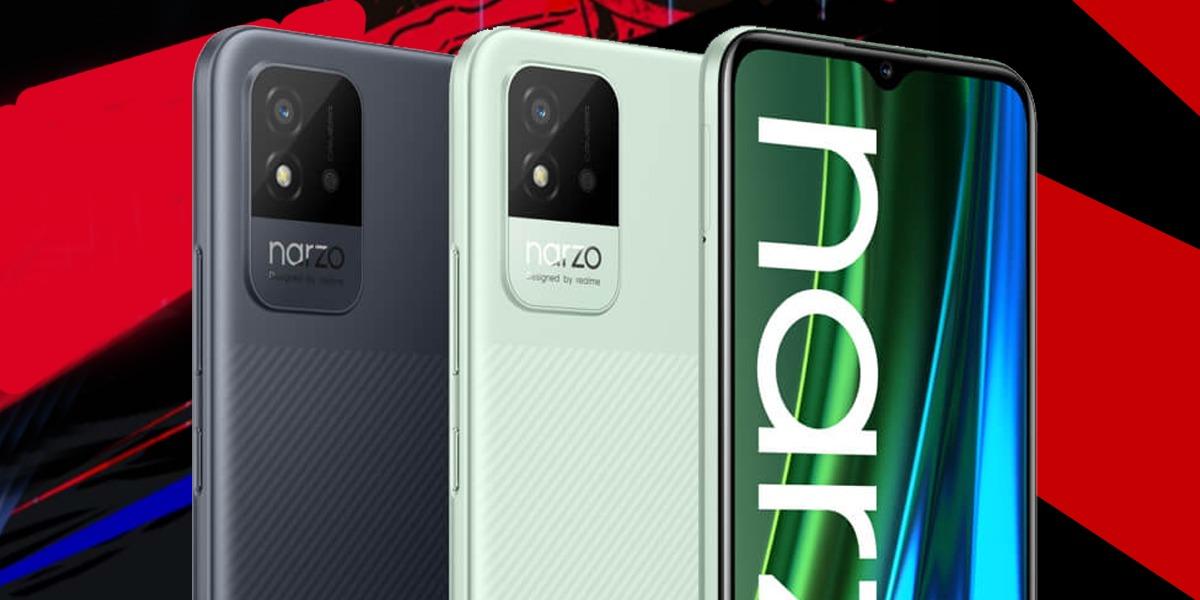 Featuring a circular single camera shooter along with a LED flash and the Narzo branding, the Realme Narzo 50i Prime is expected to have a square camera island on the back. Additionally, the rear panel of the smartphone is expected to come up with a textured design with vertical strips.

Further, the reported upcoming device will feature a thin-bezel display and a thick chin at the bottom. The handset is said to feature a volume rocker and a power button on the right side while the left side will have a SIM tray. The Realme Narzo 50i Prime is expected to get energy from a 5,000mAh battery.

Other upcoming launches of Realme

Besides Realme Narzo 50i Prime, the smartphone maker will launch Realme C30 in India on June 20.  The launch event will take place at 12.30 pm and be broadcasted on Realme’s official YouTube channel.

Packed with a Unisoc T612 chipset, a single rear camera, and a 5,000mAh battery, Realme C30 will be available to purchase via Flipkart and Realme’s official website. Realme has confirmed to launch the device in Denim Black, Lake Blue, and Bamboo Green colour options. The base variant of the Realme C30 is likely to be priced at around Rs 7,000. With ultra-slim-stripe design Realme C 30 is dubbed as ‘Naye Zamane Ka Entertainment’. With an AnTuTu benchmark score of 176,932, Realme C30 is said to be the go-t-device for daily tasks.