ESPL Season 2: TECNO to be the Presenting Sponsor for the Rs 1 Cr prize pool tournament 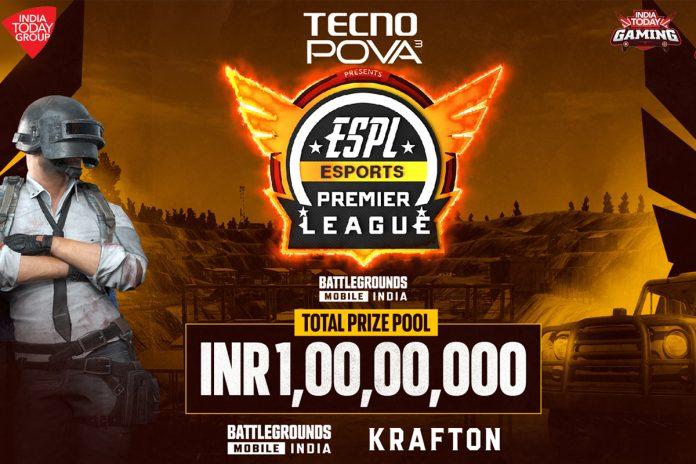 With Esports Premier League (ESPL) just around the corner, smartphone brand TECNO has been roped in as the Presenting Sponsor for the second edition of the country’s first franchise-based league for gaming after the overwhelming success of the inaugural edition last year.

“The first season of the Esports Premier League was a great success and this time we will try to make it even bigger. We are thrilled to have TECNO Mobile on board as the title sponsor for this event. Just like how TECNO Mobile is committed to unlocking the best contemporary technologies for its customers, we are also committed to providing a world-class platform for Indian talent through this league in order to develop the Indian esports ecosystem, taking it to the next level,” said Vishwalok Nath, Director, ESPL.

High-voltage action on the anvil

This year’s league is set to engage gamers across the country in a high-voltage action with the most popular battle royale game, ‘BATTLEGROUNDS MOBILE INDIA (BGMI)’ which carries a big prize pool of Rs 1 crore.

The champion team will take home Rs 50 lakh, while the second and third-placed teams will bag Rs 25 lakh and Rs 10 lakh respectively. Top-16 teams will be awarded cash prizes and the Most Valuable Player Award winner will be richer by Rs 1 lakh.

The upcoming edition of India’s premier esports league, ESPL will kickstart registrations on June 15 and matches on June 21. 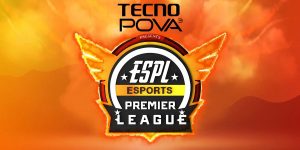 TECNO Mobile plans to promote its upcoming smartphone phone, TECNO Pova 3 through this league. “The poised to launch smartphone will give class-apart gaming experience to the users. It not only offers a super-fast processing speed but also comes with a massive battery,” said TECNO in a statement. As per the recently released Counterpoint Market Share Report, TECNO is the third-largest smartphone player in the sub-10k segment.

Arijeet Talapatra, CEO, TECNO Mobile India, said, “India’s gaming community is witnessing a boom and growing exponentially at a rate of 38% per annum. The Indian gaming industry is estimated to be valued at $3.9+ billion by 2025. These developments have heightened gamers’ expectations from the technology sector and there is an increased demand for better and more powerful gaming devices with high-end processors, augmented speed and longer battery life. We have been driving this revolution with our feature-rich gaming devices under the ‘POVA’ series, which targets the mid-range segment.”

“With the POVA product line, we are determined to provide Indian smartphone consumers with a trinity of speed, power and performance that supplements the Zillenials’ never-ending hustle and further motivates them to ‘Stop at Nothing’. Our association with ESPL is bringing us forward towards achieving the same goal. We are looking ahead to a valuable partnership to create a more exciting online gaming ecosystem,” added Talapatra.

The teams ranked from 3 to 10 (7 teams) in the online qualifiers and teams ranked from 11 to 18 from invitational qualifiers will compete for the other top two spots available in the finals. The finals will also witness two direct invited teams competing and vying for the title.

Season 1 was already a hit

Inaugural season of the ESPL recorded more than one million registrations and 100 million-plus video views as the action was streamed LIVE on the official YouTube and Facebook channels of India Today and Aaj Tak and its websites.

Nath further said, “Every season we plan to do something different in order to take the league to the next level. The upcoming edition will also be action-packed, especially with players fighting it out on the BGMI esports maps which is a very popular title among the gaming community. This platform is for our athletes and they are equally excited.”

Professional athletes as well as esports enthusiasts above the age of 16 can participate in the ESPL Season 2. Interested esports players and fans need to be ready on June 13 for the registration phase. The last date for registration is June 20. Each team should have a minimum of four members. The interested teams can register themselves on: https://espl.itg.gg/.

Previous articleRealme Narzo 50 Pro 5G to go on its first sale starting June 10: Check details
Next articleGoogle Maps will now show the air quality around you