The growth of the Indian video game market has been ever-evolving and has surpassed all expectations. Homegrown GMNG is one such leading platform that hosts esports tournaments and real money games, with an aim to provide players an opportunity to participate in tournaments. It also hosts a variety of skill-based short format games for users to match their skills against each other and win real cash prizes. Ramesh Kumar Raja talks to Aakash Taneja, Head of Product at GMNG, to discuss the online gaming scenario and the platform’s acceptance in India. Excerpts:

Please tell us about your journey and experiences in the Indian video games and esports industry.

Building products has always excited me professionally. I would admit that I do have an undying love for games. I feel probably this is what pushed me to enter the gaming industry. I studied, read a lot, and gathered knowledge about the online gaming industry, its present landscape, the global as well as the Indian scenario, the future growth, etc. This is when I noticed that quite a few gaps exist in the industry in terms of overlapping between esports and real money games as well as the lack of opportunities for short format real money games. I wanted to bridge these gaps to ensure the sector could witness unprecedented growth. I wish to achieve these goals via GMNG and I am hoping it will emerge to be the go-to platform for the quickest real money gaming formats in the coming years.

What do you feel about the growth that the nation’s video game market has had over the years? What would you say have been some of the biggest benefactors behind it?

The growth of the Indian video game market has been ever-evolving and has surpassed all expectations. The easy availability of smartphones and accessibility of data have pushed the segment’s growth amongst the masses. As a result, even our youth and the millennial generation have become akin to the concept of competitive gaming. They are now open to exploring innovative ways of monetisation of content while pursuing their passion for gaming. These factors have collaboratively acted as a catalyst for the growth trajectory of the video gaming market in the country.

Tell us a bit about your platform, GMNG. What were the visions and expectations that went behind its formation?

GMNG is a leading online gaming platform hosting esports tournaments and real money games. We aim at providing players an opportunity for users to participate in esports tournaments and leverage our existing brand relations to monetise these events for both the communities as well as the players. We also host a variety of skill-based real money short format games on our platform for players to match their skills against each other and win real cash prizes.

What is noteworthy is that in just a short span of time, we have been able to earn 150k+ registered users and we are elated that we have received great feedback about our platform. The traction at GMNG seems immensely promising so far. We have noticed a 3x MoM increase in users over the last 3 months, majority driven organically. This is indicative of the fact that our platform is growing at a significant pace and will continue to flourish in the times ahead as well.

We are hoping to add value to both the esports and real-money gaming markets in the times to come. As far as the esports segment is concerned, we believe that we can help streamline the way esports tournaments are organised by productising audiences for different esports organisations. We are looking forward to partnering with some renowned brands for the same. For the real money gaming market, we are already offering the shortest format of real money games in India and we will continue to deliver the same along with offering innovations to the players.

Also Read: “Customer-centricity has been the cornerstone of Huawei’s strategy in India”

A career in video games is often looked down upon in India, and there is a great disparity between how people see esports, as opposed to how they see traditional sports. Do you feel this gap will shorten, and video games will be seen as a more mainstream sporting event, especially when esports is finally considered a medal event in the Asian Games 2022?

It’s true that there was disparity but the situation is now changing. As the online gaming industry is booming, I would say that it’s just a matter of time when viewership levels will match traditional sports. As they say- ‘Money follows eyeballs’, the industry will earn greater revenues, and traditional sports as well as esports, video games, etc. will coexist in the times to come. Neither can overpower the other as both conventional and new-age sports activities come with their differentiating features.

I would also like to add and bring to notice the fact that a career in video games is not only merely restricted to playing games. A plethora of other employment opportunities are also available in this domain such as game developers, game designers, game animators, GFX/VFX artists, Casting & Organising tournaments, etc.

Talking about the Asian games 2022, I feel that esports being considered as a medal event in the prestigious gaming platform will definitely render a helping hand in ensuring that it is considered as an authentic and credible gaming activity as well as a viable career option. 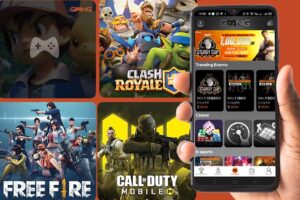 On which title does GMNG see the highest number of community participation? What would you say is the reason behind that?

We witness the highest number of community participation from our esports titles- BGMI and Freefire. The major reason for this is because multiplayer battle royale games led to the initiation of the esports wave and are still the most prevalent genre in esports.

On the real money gaming side, Mini-Ludo is our best seller. The sole reason for this popularity is because of its super-quick gameplay. A game of Mini-Ludo is less than 3 minutes which usually takes up to 15 minutes on a normal game.

Where do you see the Indian video games and esports industry in the next five years? Do you feel the gap between PC and mobile esports will lessen when it comes to popularity?

The future of the Indian video gaming and esports industry seems promising. It is anticipated that the projections will go as much as 4x by 2025 which suggests that the segment is bracing for an exponential growth ahead.

I believe the gap between PC and mobile games will shorten as users have now got a taste of competitive gaming through mobile and as PC gaming can offer customisations, immersive gaming experiences, and high-level graphics, these users will soon start to explore the PC gaming universe. Plus with cloud gaming around the corner, games will eventually become platform agnostic.

One of the major issues that video gamers face today, is that they are often not able to monetize their craft effectively. What advice would you give budding gamers who want to make a career in either esports or video game content creation?

As mentioned earlier, there are many career prospects that can be explored in the online gaming industry. I would recommend the aspirants to shed their inhibitions and be open to experimenting with the available options. They should double down on the role they enjoy the most and eventually and gradually figure out the one they are the best at and can excel in.

The Indian esports domain is growing but faces its fair share of challenges as well. Formal recognition in the esports domain and government regulation for real money games would be the top challenges that the segment is facing currently. I strongly feel that a central law which takes into consideration Marketing, Product, and Business would really help make the market sustainable for the long-term.

What’s next for GMNG? What can users of the platform expect in the coming months?

– Clans: Streamers and esports orgs can now create clans and engage their audience using our tech.

– Win In-game currency: Users can now win and withdraw in-game currency of their favourite esports games by winning esports tournaments as well as GMNG original games on the platform.

– Launch of the quickest tournament format in the India market.

– Some of the most popular card games are lined up for launch within this month as well.

Previous articleVivo T1 5G dropping in India on February 9 : Specifications and prices revealed
Next articleInfinix Inbook X1 laptops in India : Here’s all you need to know!