Ubisoft to reveal the ‘Future of Assassin’s Creed’ in September, also announces new DLC for Valhalla

Assassin’s Creed is one of the most popular and longest-running AAA titles the gaming world has ever witnessed. The combats, character themes, the plot-line, and even the stunning and heroic clothing attract you towards it. Ever since the last series was released, Assassin’s Creed: Valhalla, the fan following went crazy with the new themes and other action scenes. Now is the time that the game might be approaching the turning point in the series development.

The makers, Ubisoft Studio have just announced a few add-ons to the existing franchise along with some new DLC for the Valhalla game. The studio is also hinting towards a new Assassin’s Creed in process. Here’s what we know all!

During an earlier 15th anniversary event, Ubisoft revealed that it will hold a special event in September to reveal “The Future of Assassin’s Creed.” Although the official has not shared any details, for the time being, we can roughly speculate some directions based on rumours and some official announcements.

As per the Chinese Engadget, the first new title could be Assassin’s Creed: Infinite. The title was confirmed by the developers, last summer and we hope that with Infinite, “players will experience the game in a more unified way.” As per Bloomberg’s report, the conceptualization for Infinite would be somewhere similar to the concept of “GTA Online”. It is expected to feature multiple historical lines, allowing the players to experience the dunes of various historical periods, that evolved over time.

Meanwhile, on the other hand, Ubisoft is also expected to be working on a new title, codenamed- “Rift“. This new game is expected to be based on the Assassin’s Creed: Viking Age DLC and will feature the protagonist of the story- Basim Ibn Ishaq, based in Baghdad. The gameplay will be dominated by stealth with a not-so-large open-world game. There’s still a question mark on the release date of both the new games. However, reportedly, Rift will come before the Infinite series. It is also expected that Rift is there to introduce Infinite later in future.

The new DLC is expected to take the game to further heights. Valhalla already includes the Wrath of the Druids, Siege of Paris, and Dawn of Ragnarok series, and now a new part will be added to it. It is called the Forgotten Saga with a very unique and different experience when compared to previous Assassin’s Creed titles. 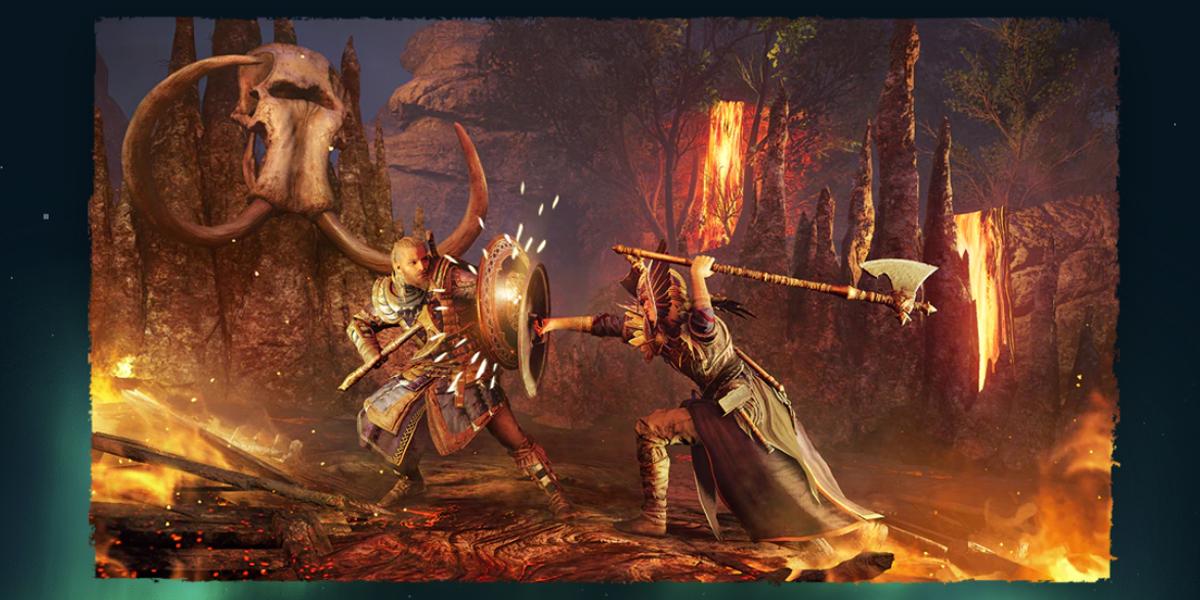 One good news is that the new Forgotten Saga mode will be free for all users who already own the Valhalla series. Now the game has a very different look as it is inspired by the Roguelite. It features many fresh upgrades like permadeath, procedurally generated maps and more.

Inspired by Roguelites where you die and return over and over. pic.twitter.com/5dxwcSdcsC

Coming to our primary focus of the new mode, the protagonist, Eivor will now enter the Norse mythology realm of Niflheim. The realm is also referred to as frozen hell. This time he will fight huge beasts of this realm in order to reach Loki’s daughter. The game trailer claims that players will fight, fail and learn. Every time Eivor will die, he will return with a better skill set.

The studios have also released the trailer for the upcoming DLC. So, if you haven’t seen it, here’s a link for you:

Also Read: Leaks ahead: These games will soon be adapted to TV series, says Sony

Previous articleNoise brings in Buds VS104 with 30 hours of playtime: Key features, price and more
Next articleFire-Boltt Ring Pro with Pin Lock, Split Screen and 25 sports modes launched in India