The 4G revolution in India led us to the notion of a voice-centric platform: Wafa CEO 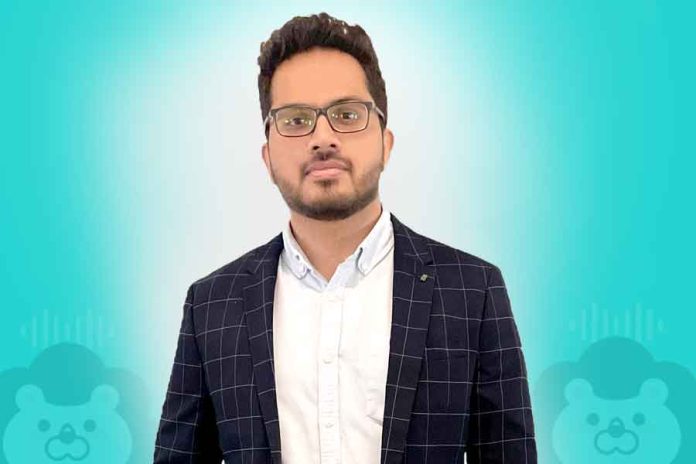 From starting off his career with Facebook pages during his school days to having a business turnover of $100,000 by his final year in college and access to 100+ Facebook pages with 100 million followers, Muhammed Aqib TP has a long standing history of going all out and giving all in. He’s the COO of THE BACK Benchers, which integrates with brands for meme and video amplification.

Wafa, a voice-centric socio-gaming platform, is another interesting venture of him. From allowing people to create their own rooms, be a moderator, participant or even take a seat in the audience with all other passive listeners to providing premium features of customized virtual gifts, user profiles and various other in-app purchases, Wafa is in a class by itself. Muhammed Aqib, who happens to be the CEO of Wafa, speaks more about this app, in a conversation with Ramesh Kumar Raja. Aqib also talks about how Wafa is moving towards integrating the social, lightweight leisure gamers who aim to interact and play along with other users or friends. Excerpts:

You have a very interesting entrepreneurial journey that began with Facebook pages. Tell us about the same and how it has shaped up till date.

I made my way into image and video content creation ever since my school days, what started off as a means to kill time grew into generating a business turnover of $100,000. Having set up The BACK Benchers in 2012, it had access to 100+ pages with 100 million followers, generating revenue by diverting traffic from the page to the website and integrating with brands for meme and video amplification. Found Beeyams Media, an ROI and performance marketing company, and worked with Sony, Zee5, OnePlus, LG, VanityKart and many other brands. Later, influenced by the 4G revolution in India, I launched Wafa app, a voice-centric platform that followed the audio voice chat room format. 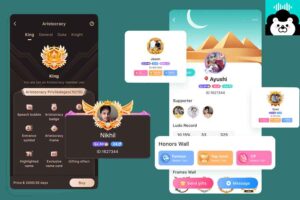 How The BACK Benchers happened, what’s the idea behind it?

Initially, it started off for fun, and due to the increased positive traction and response from followers, filtered content based on and around the school and college lives of the audience were created. As followers spiked, adhering to their likes and wants, we catered content along the lines of news, facts and entertainment.

How did the idea of a voice-centric socio-gaming platform strike you?

The 4G revolution in India led us to the notion of a voice-centric platform, an audio voice chat room model that’s easily accessible to all users. Going back to the time when gaming was merely just about playing games, gamers then have realised their want to talk to their gaming friends even when they weren’t in a game, and with traditional method not being user friendly for group communication due to its limitation for the number of people joining in and its inability to have passive listeners, Wafa was introduced. A voice chat feature that offered gamers a crystal clear, seamless voice chat service that blew the functionality of in-game chat services out of the water.

Also Read: “Customer-centricity has been the cornerstone of Huawei’s strategy in India”

What is Wafa all about and how is it different from others in the business?

Please tell us about its user base and how many installs it has accumulated till date?

Wafa has 3M+ installs till date. Most of our users hail from India, among whom majority are Hindi speaking users followed by Tamil, Urdu and Telugu, all falling in the age group of 18 to 35. Currently, with a deeper user base in India, we plan on focusing more towards Indians living in the Middle East region in the next 6 months.

How are you changing the gaming landscape?

With the number of online gamers using their phones having grown by 60%, voice communication bagged its spot in the gaming world by alleviating the gaming experience, making way for an efficient mode of communication by providing a chance to virtually talk and hang out, all the while battling. 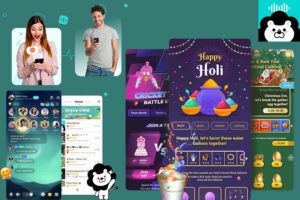 How does integrating voice with games work?

Contrary to the time when gaming was merely just about playing games, gamers then have realised their want to talk to their gaming friends even when they weren’t in a game, and to talk about things other than games. To bring this thought into reality and to bring out the maximum potential in the socio-gaming economy, an integration of voice with games was made with the help of advanced technology.

How do you look at the year 2022 from gaming perspective, especially in terms of adopting voice technology?

With 5G providing necessary thrust in making socio-gaming accessible to all and owing to the surge in young population, soaring use of smartphones, easy availability and accessibility of technology and internet, and rising investment by capitalists, gaming today is considered the most lucrative business sector in India, comprising an ecosystem of engaged and enthusiastic gamers. The advancement in technology made gaming easy to integrate along with voice to bring out the maximum potential in the socio-gaming economy, and with more virtual events, dedicated social spaces, and increased social features, strong growth in this new mobile social era is surely the one to envisage.

Previous articleThe world’s fastest AI supercomputer in the making: A reason to rejoice for Facebook parent Meta
Next articleMoonBounce: Why this new version of the Chinese malware a significant threat for your PC