Mobile gaming is big in India due to the increasing penetration of smartphones and the free-to-play nature of many popular titles. But video game consoles and high-priced games still remain out of reach for average users. Still, the country is fast emerging as an export hub for game developers and the esports companies are increasing their investments. Though the home console market in India is tiny compared to that of mature territories like the US and Europe, developers like Sumo Digital want to use India as a major exporter of games and develop AAA titles almost exclusively for game consoles. The recent opening of Sumo Digital’s second studio in India in Bangalore after Sumo Pune, shows the British company’s commitment to put India on the global map. Stewart Neal, Studio Director, Sumo India, speaks more about this development, in a conversation with Ramesh Kumar Raja. Excerpts:

Sumo Digital is looking to expand further in India, setting up a second studio in Bangalore. Can you please tell us about this move and some of the expectations that the organization has towards this venture?

This move is indeed a milestone for us. We have been looking forward to expanding in India for some time now since we feel there is immense potential for growth in this country. Now that the new Sumo studio in Bangalore is finally here, we are incredibly excited. The new studio will provide more opportunities to deliver specialist development services on multiple console titles. Having a studio in Bangalore, India’s IT capital, is of special importance as the place is brimming with talent in the fields of IT and development, which we seek to leverage for Sumo’s continued growth in the country. 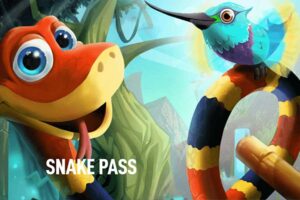 Although console gaming is not as popular as its mobile and PC counterparts, it’s still growing at a significant rate in India. Do you feel that India will one day become a hub of console game developers?

Yes, I feel that India has the potential to become a hub of console game development firms and is pacing down this road in recent times. As per the 2020 Maple Capital Advisors’ Report, the number of game development companies in India went from about 25 in the year 2010 to more than 400 in present times.

Xbox Series X and PS5 recently observed unparalleled sales even with stock shortages due to Covid. The surge in sales of popular consoles has worked to attract investments in the Indian console gaming market. This was highlighted in a 2021 report by KPMG that mentioned that India received investments of 544 million USD in its gaming sector within the first half of FY 2020-21.

Further, it is a fact that India is predominantly inclined towards mobile gaming. However, I believe that people indulging in mobile gaming can actually work to facilitate the growth of the console gaming market. This is because a hiked interest in gaming would naturally lead people to try out other forms available in the field.

I feel that these growth data points are sufficient proof of the fact that India’s gaming industry is advancing.

Lastly, the Indian games industry is abundant in talented developers looking for an opportunity to explore the field of console game development and leverage their skills and knowledge to grow in this arena. Enhanced interest in console gaming could facilitate that.

Please tell us about works done by Sumo Digital on the games such as Hitman 2, Forza Horizon 4, Sackboy: A Big Adventure etc.

Two levels are created, The Columbia and the Arc from scratch.

We worked on Barn find vehicle texturing. Created the barn for the vehicles. Environment creation where we created multiple iconic buildings and also worked on asset creation that could be placed on the map.

Level creation – We were responsible for working on level art where we created levels. We did layouts and then did multiple art passes by adding assets to the levels to bring them to life. We were also responsible for a lot of art motifs where we generated some cool surprise and delight ideas that could be used in levels.

The Pune design team worked on numerous levels from single-player, multiplayer to time trials for Sackboy: A Big Adventure. We collaborated with a team from the Sheffield studio to create small sections of grey box layouts called motifs to explore the interesting combinations of gameplay objects and scenarios. We shortlisted these motifs and used them along with play areas, surprise and delight moments to give ample challenge whilst maintaining the core principles of the game. We worked on prototyping various gameplay objects via visual scripting as well. It was a great experience working with the Pune art and code team along with the Sheffield team.

Can you please tell us about AAA gaming production at Sumo Pune? What were the challenges you faced?

The biggest challenge has been ensuring that we are consistently welcoming new individuals from India’s broad talent pool to join our development teams. India has a very large number of talented programmers, designers and artists, but as more studios are opening, the competition for high-priority roles can be fierce.

Historically, the value of working within the games industry in India was not traditionally understood. Thankfully, attitudes towards the industry have changed massively in recent years, with the stability, security and development opportunities it can provide boosting the interest in joining. As a Sumo Digital studio, we’re committed to supporting entry to the games industry through education and hope that we can further explore opportunities for outreach through Sumo Pune and Sumo Bangalore to continue supporting the growth of our industry. 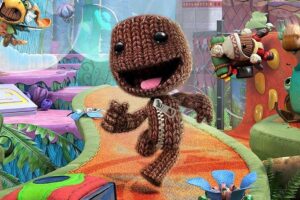 What is the future of AAA gaming in India?

The AAA gaming industry is fast growing in India. I feel that it would grow at a similar, if not an amplified, rate in the future as well. Sumo is looking forward to leveraging this growth. We wish to make India a major hub of AAA games development in the future and are currently working in this direction.

What are the recent trends in artificial intelligence and game developments?

Artificial intelligence in video games is mainly centered on making the non-playable characters behave in a realistic and believable manner. Techniques such as state machines, decision and behavior trees are popular to drive the AI decision making. Recently, machine learning is coming up as a tool which can result in AI characters having emergent and human-like behaviors, for example an AI learning from its mistakes and adapting to dynamic scenarios. It also can be used to make developing games easier. It can reduce manpower required in large and complex games by automating pipelines such as parts of game testing and also be used in procedural world and content creation. Currently, use of machine learning in games is not widespread, but with future advancements in the technology and new research, it has potential to become a mainstream tool in game development.

What are some of the video game projects that Sumo Bangalore has in store for its gamers?

Whilst we can’t discuss details of our unreleased projects currently, rest assured we have some really exciting games in development and look forward to sharing them with the world soon. Our teams at Sumo India Studios are working on projects across multiple platforms and multiple genres, so it’s a very exciting time to be part of the teams.

With more and more youth looking to delve into the field of esports and game development, do you feel this field will soon be recognized as any other mainstream sport in India?

Esports is undoubtedly growing in terms of recognition in India in recent times. As per a report drafted by EY, the market size of esports that stands at INR 3 billion in FY21 is expected to value INR 11 billion by FY2025.

With such rapid growth, esports has become an attractive option for brands looking to garner the attention of young audiences. I think that the award money for Indian esports would increase in the future, and thus the youth may be attracted to esports as a possible career option. Speculations have been made about including esports in the 2028 Olympics, which can significantly boost the presence of the field in India and globally at large.

As for game development, it’s already a popular career option for the Indian youth. The gaming and game development industries are expanding quickly, and so are the human resources it employs. The demand for qualified coders, engineers, designers, and other creative people is bound to increase shortly.  Gaming is already a billion-dollar industry that is fast-growing and thus offers immense employment opportunities to the youth.

What are your thoughts on the gaming industry becoming more of a social media platform for millennials?

Well, it cannot be denied that games are increasingly being used as platforms to find and interact with new people by the youth. Especially in multiplayer games that are gaining rapid popularity these days, the players get to interact with like-minded people. Channels like discord or YouTube channels that categorically exist for gamer interaction further aid the socializing factors of these games. A recent Research Gate survey based on social interactions of 912 people stated that people who played multiplayer online games established long-lasting friendships and relationships through gaming. So, yes, we can say that gaming is the new way of socializing for people.

I think that this can also be beneficial for the gaming companies as word of mouth and player invitations can boost their gamer pool and reach. This can aid the growth of the gaming community and the industry at large in the country.

The subscription service claims to offer a number of...
Read more
Feature

The firm said last week during the introduction of...
Read more
Feature

On August 17, the Moto Tab G62 with a...
Read more
Entertainment

There are many such devices that take the fancy...
Read more
Best Phones

The subscription service claims to offer a number of...

The firm said last week during the introduction of...