Realme has all geared up to launch its first domestic tablet PC- Realme Pad X Tablet on May 26, 2022. The gadget is launching in its home country China with some fresh features and specs. Since the launch is quite significant, the news has quickly attracted the attention of a large number of netizens on the Internet. In simple words, this is the talk of today and tomorrow, till the gadget reaches the global market.

The leaks are spreading like a wildfire talking about the specs, features, price, and colour options for this upcoming gadget. Isn’t it quite complicated to look here and there for the same product? So, this is a whole summary of what we know, so far!

The brand has officially teased the Tablet X a few days ago mentioning the date and reveal time for the same. The teaser image doesn’t have the complete look of the tablet, but just a portion showing and asking everyone to stay tuned. 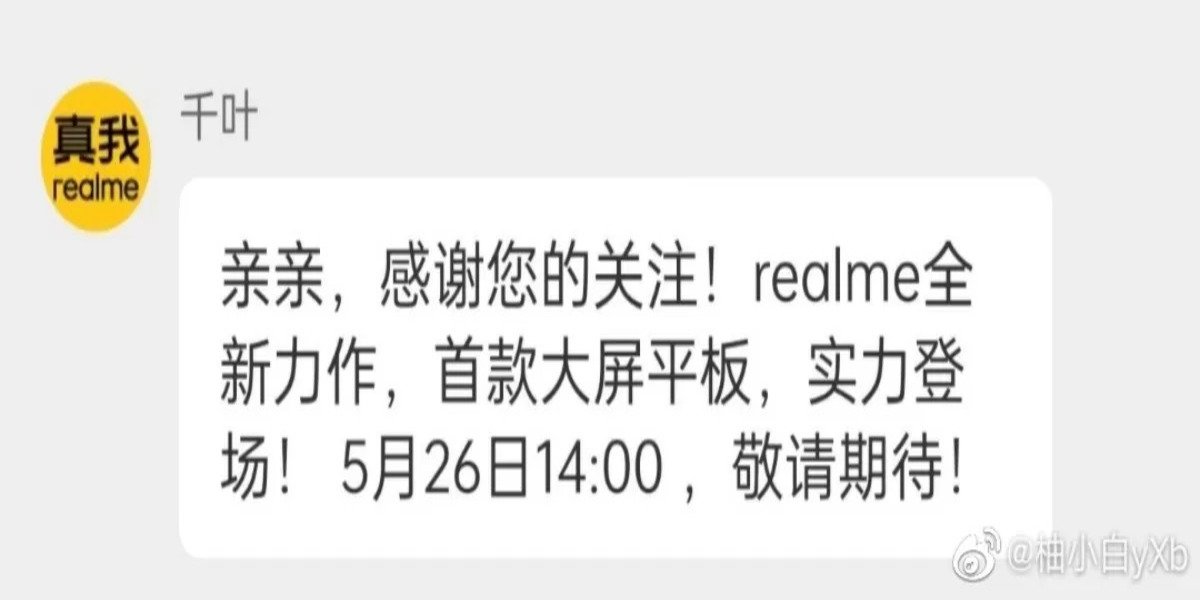 The official Weibo post calls the upcoming Tablet X the “king of tablets” and the teaser image shows the rear portion of the device. The post clearly says that the Realme Pad X 5G will hit the Chinese market on May 26, 2022. The time of the event is 2 pm IST. Realme has also teased the latest tablet will feature many specs that the Xiaomi Pad 5 lacked. While, on the other hand, some are quite similar to it as well.

Although there’s no official information about the price of the upcoming Realme Pad X 5G, some leaks have been around the gadget. It might be a budget option under INR 30,000 in India. The gadget will be up in the arena with Xiaomi and Huawei. 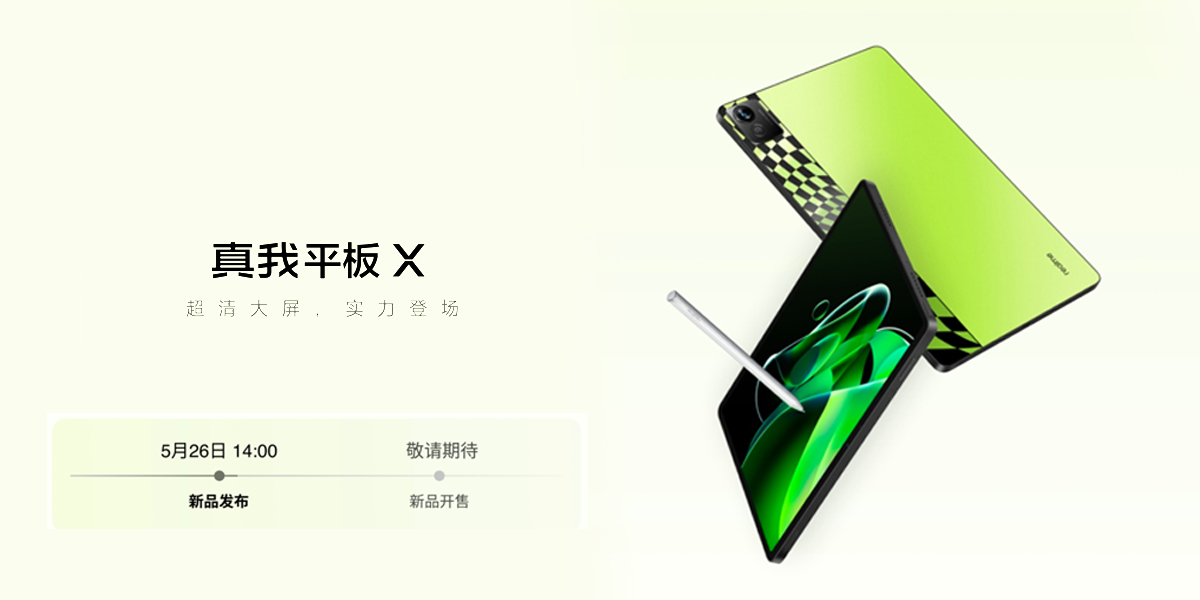 Generally, Realme Pad starts from INR 13,999 and goes up to Rs 17,999 in India. Coming to the Realme Pad Mini is retailing between INR 10,999 and INR 14,999. The Xiaomi Pad 5 is a much higher version in this segment and hence priced at INR 26,999 and a maximum price of Rs 28,999. So, looking at this range overview, we can expect the Pad 5G to come under INR 30,000 in India. Another thing to note here, if the Realme Pad X goes on sale in India, it would compete with Samsung. Why? Because it also offers a number of popular Android tablets in the given segment.

Coming to the specifications, Realme’s CMO confirmed that the upcoming Realme Pad X 5G will pack the Snapdragon 870 processor to power its CPU. This is also the same, found in the Xiaomi Pad 5. It is also expected to have a Snapdragon 8 Gen 1+ SoC variant as well, dubbed the Master Explorer edition in China. Furthermore, the device will have a 2.5k LCD Display with a Full HD+ resolution of 2,520×1,680 pixels, (confirmed via Weibo post). It will also feature a 120Hz refresh rate on top. 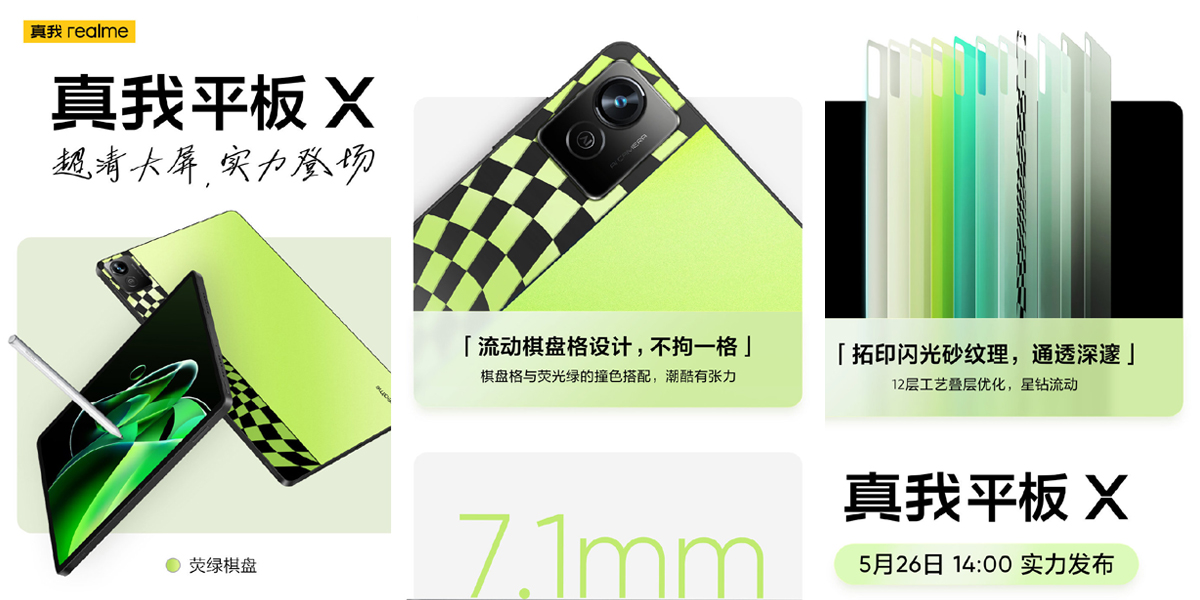 Talking about connectivity, the Realme Pad 5 is said to host 5G connectivity for its users. Now, this is what makes it more different from the Xiaomi Pad 5 as it lacks the 5G connectivity. This is also going to be one of the distinct features why people would choose it over the Xiaomi Pad 5. Some more images on Weibo also suggest that it will sport quad-chamber speakers and volume rockerz as well.

Coming to the battery power of this gadget, it will host 8,360mAh battery power to manage all the multi-tasking well. Realme Pad X is also speculated to feature a Stylus in the box.

Furthermore, talking about the storage and RAM options, the latest Realme Pad 5 5G will come in two storage variants. The 4GB RAM variant will pack 64GB storage and the 6GB RAM variant will feature 128GB storage onboard. The renders also suggest that the tablet will feature a single camera at the front. However, there’s no information on the detailed lens pixels and aperture. So, this is going to be really interesting how the brand is planning to project the lens details.

With all the leaks going around specs and price, it is only fair enough to talk about what are the colour options available with the tablet. So, as per the Weibo leak, the Realme Pad will come in three stunning and gorgeous colour options: Bright Chessboard Green, Star Grey, and Sea Salt Blue (Translated version). The Chessboard Green looks more like a real chessboard with bright and neon hints of green all over. The black looks more on the matte side with some greyish detailing on the camera side. Finally, the elegant and easy Blue colour. The Realme stylus is also seen in a White finish in the official image. 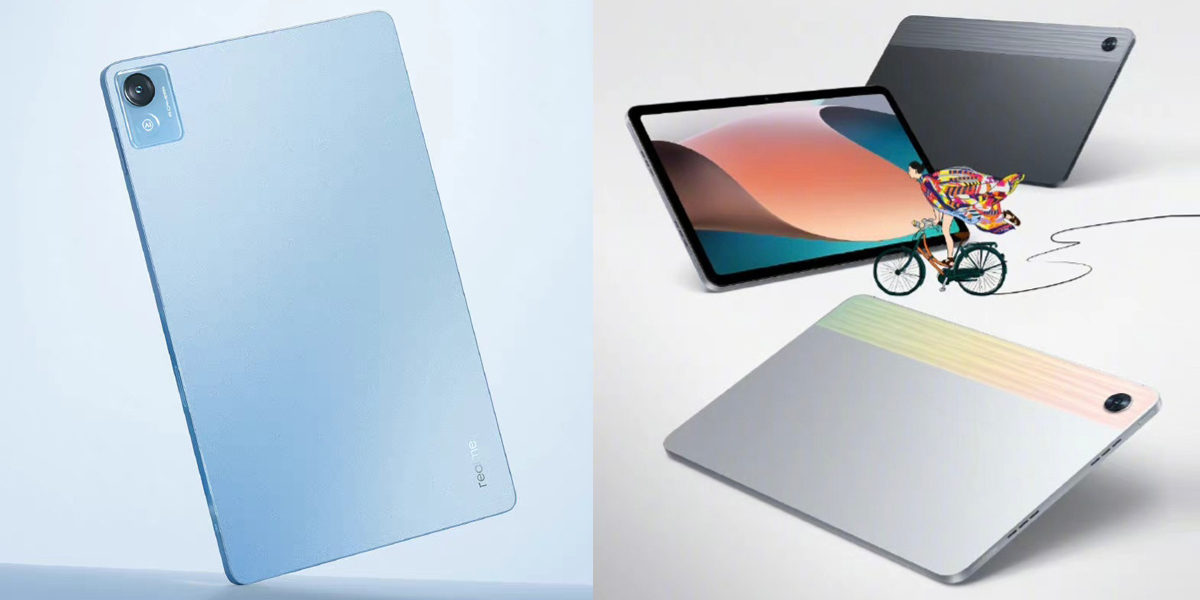 As per the listing on the Chinese e-commerce website, the tablet is up for reservations as well. And, in the above-listed colours.

Those who are familiar with the real me mobile phone know that no matter in which price range, it brings an immersive experience for the users. At the same time, it is very fashionable and elegant in terms of appearance and design as well as very recognizable. So will the upcoming Realme Tablet X carry out the brand strategy of “dare to leapfrog”? The answer, so far,  is yes.

Also Read: Realme to launch Pad Mini in Europe on May 12

Previous articleAccess Digilocker services on the MyGov Helpdesk on WhatsApp, here is how
Next articleFire-Boltt launches Ninja 3: A cutting-edge design for the Gen Z