After introducing Realme 9 and RealmeGT2 Pro on April 7, the Chinese smartphone maker is all set to the start the first sale of the newly launched phones from April 12 and 14, respectively. Interested buyers can purchase the RealmeGT2 Pro via realme.com and e-commerce platform Flipkart from April 14 while Realme 9 will go on first sale on April 12.

Equipped with 2K Super Reality Display, Paper Tech Master Design, Snapdragon 8 Gen 1 5G Processor, the most premium flagship ever by Realme, the RealmeGT2 Pro will be available in two variants. The 8GB+128GBcarries a price tag of Rs 44,999 and 12GB+256GB is priced Rs52,999.

The Realme claims that GT2Pro is their most powerful and fastest flagship with the most efficient 5000mAh Battery. It has a 10% increase in capacity from the previous RrealmeGT and also has a 65W SuperDart Charge that charges from 0-100% in just 33 mins.

Weighing only 189g, the Realme GT2 Pro is much lighter and thinner as compared to other flagships with the same battery. The new smartphone comes with an all-new 9-layered cooling system, the Stainless Steel Vapor Cooling Max.

Equipped with the world’s fastest Android Processor, Qualcomm Snapdragon 8 Gen 1, RealmeGT2Pro has four-nanometer processing and is the smartest and most powerful processor ever released by Qualcomm. 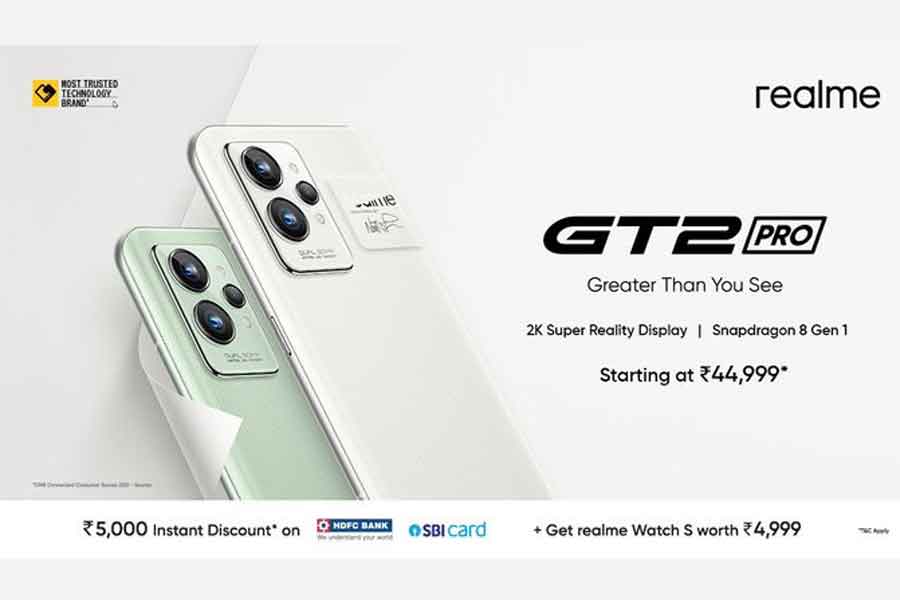 Featuring 108MP prolight camera, 90Hz Super AMOLED display and snapdragon 680 processor, the Realme 9 also comes with a 3.5mm Headphone Jack. It is hi-res certified, which means you can listen to your favourite music with the highest fidelity possible.

With its thin and light body, Realme 9 is powered by a massive 5000mAh battery and is supported with a 33W Dart Charging technology. The Company claims that the Realme 9 takes just 31 minutes to give 0-50% charge.

The Realme9 comes with Dynamic RAM Expansion Technology that adds up to 5GB of virtual RAM that helps you switch between apps instantly. 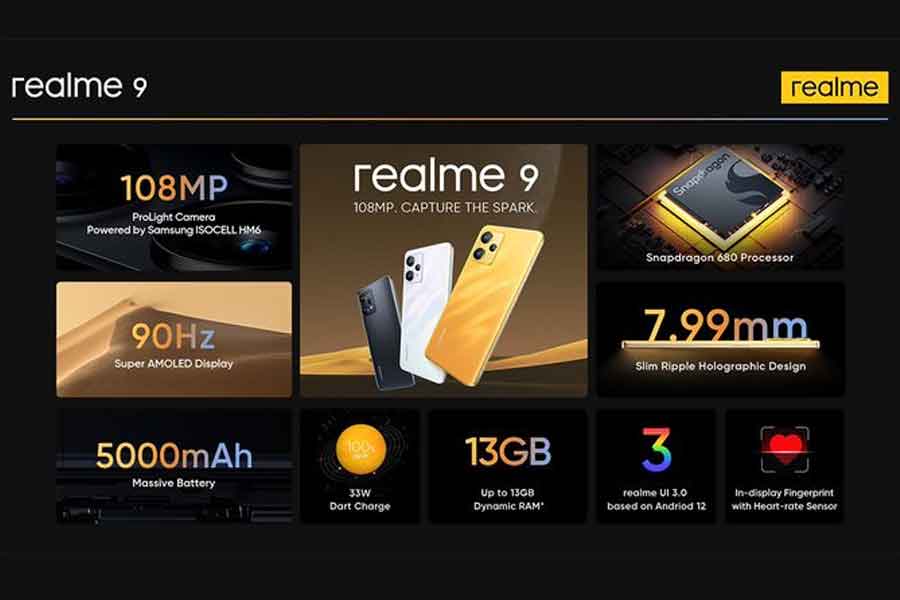 Available in Sunburst Gold, Stargaze White and Meteor Black, Realme 9 is one of the first smartphone in the world to be powered by the Samsung ISOCELL HM6 Image Sensor. 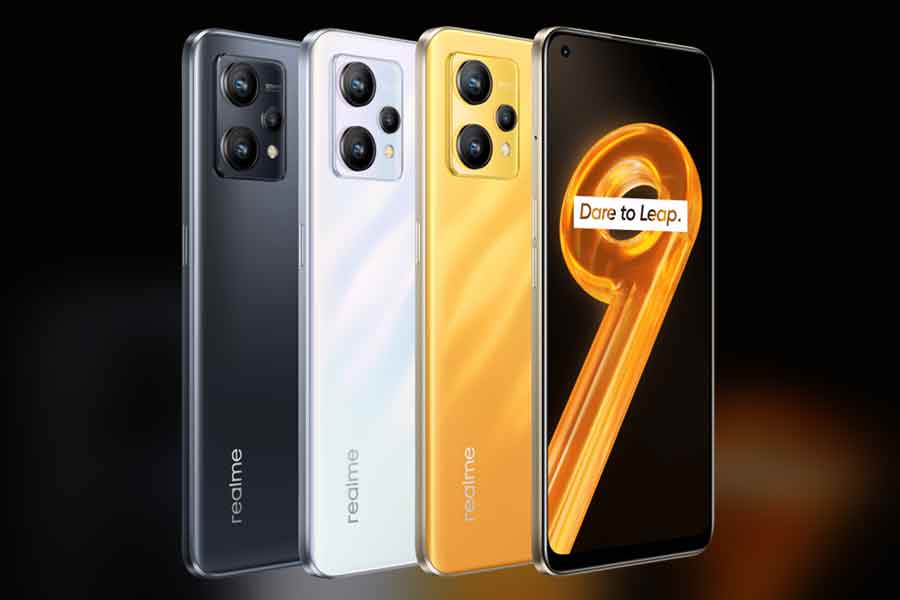 Also, Read Here: RealmeGT2 Pro and Realme 9 scheduled to be launched in India on April 7: All you need to know about the upcoming phones