POCO F4 5G confirmed to be launched on June 23

POCO has finally confirmed the launch of its F4 5G phone. The latest addition to its popular F series will be launched globally at 5.30 pm on June 23.

Featuring 4th Gen E4 Super AMOLED screen and amazing visual enhancement technology, the POCO F4 5G offers 1300 nits peak brightness. Truecolor display, HDR10+ and Snapdragon 8 Gen 1 are among other features of the POCO F4 5. The phone is expected to get a 120Hz of refresh rate. 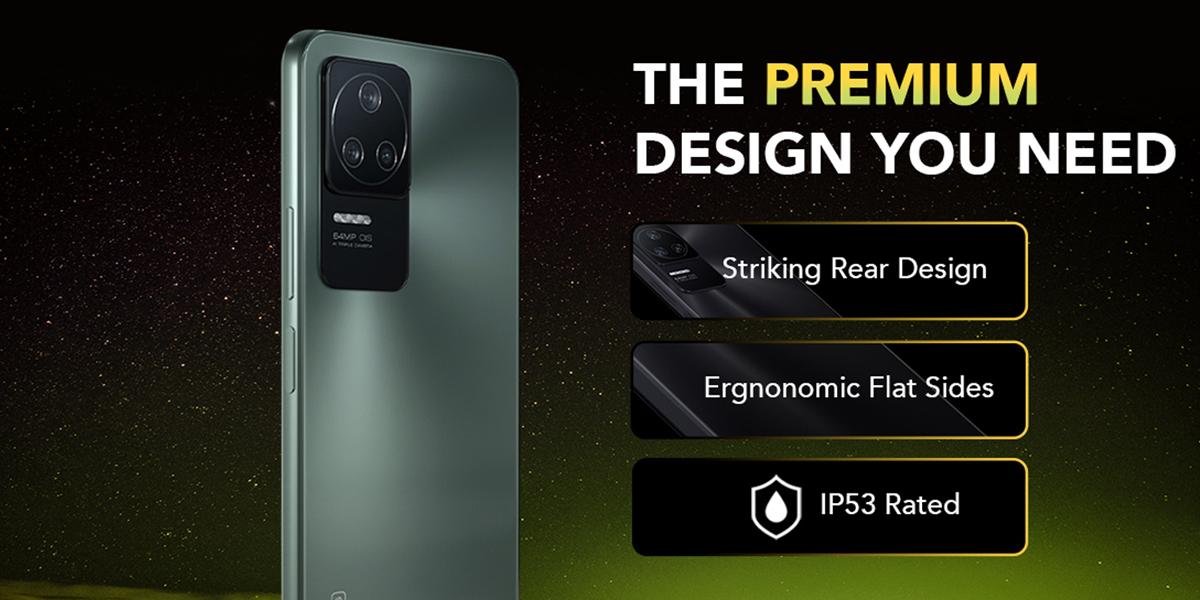 POCO F4 5G, a rebranded version of Redmi K40S, has been in the news Poco F4 5G since the launch of the teaser.

A 6.67″ FullHD+ AMOLED screen and 120Hz refresh rate, 20MP selfie unit, and a side-mounted fingerprint scanner, stereo speakers, and a 4,500 mAh battery with 67W charging will be offered with the POCO F4 5G.

The phone will have 12GB LPDDR5 RAM and 256GB UFS 3.1 storage that could be further expandable. POCO claims to offer impressive speed and the best in the segment features.

Expected to come up with a 64MP instead of 48MP camera, to be launched device is likely to have performance similar to Redmi K40S as it is the rebranded version of the device.

Design wise, the POCO F4 5G seems to be inspired from the iPhone 12 series. With OIS support, the rear camera module on the POCO F4 5G will have a 64-megapixel primary camera.

Known as Qualcomm’s annual god U, Snapdragon 870 processor is said to be the most optimized and powerful 8-series chipset. This chip is based on TSMC’s 7nm process. The CPU contains one A77 (3.2GHz) super core, three A77 (2.42GHz) large cores and four A55 (1.8GHz) ) small nuclei.