Thanks to a fresh leak, the existence of a new OnePlus smartphone named the OnePlus Ace has recently come to light. The upcoming smartphone from OnePlus will be the first in a new series of phones from the company.

The latest OnePlus Ace series phone was leaked recently with some specifications surfacing online. It will feature the MediaTek Dimensity 8100 processor paired with a 150W super-fast chipset. Now, the OnePlus Ace has been discovered in the Geekbench database, revealing further information about the smartphone.

On the Geekbench database, a new OnePlus smartphone with the model number PGKM10 has been discovered. It’s possible that this is the OnePlus Ace. However, there’s no information on the specs that the phone might feature. However, the OnePlus phone will include an octa-core MediaTek processor with four cores clocked at 2.85GHz and four additional cores clocked at 2GHz, as per the listing. This is the freshly announced Dimensity 8100 chipset. The Mali-G610 MC6 GPU will be used with the SoC. 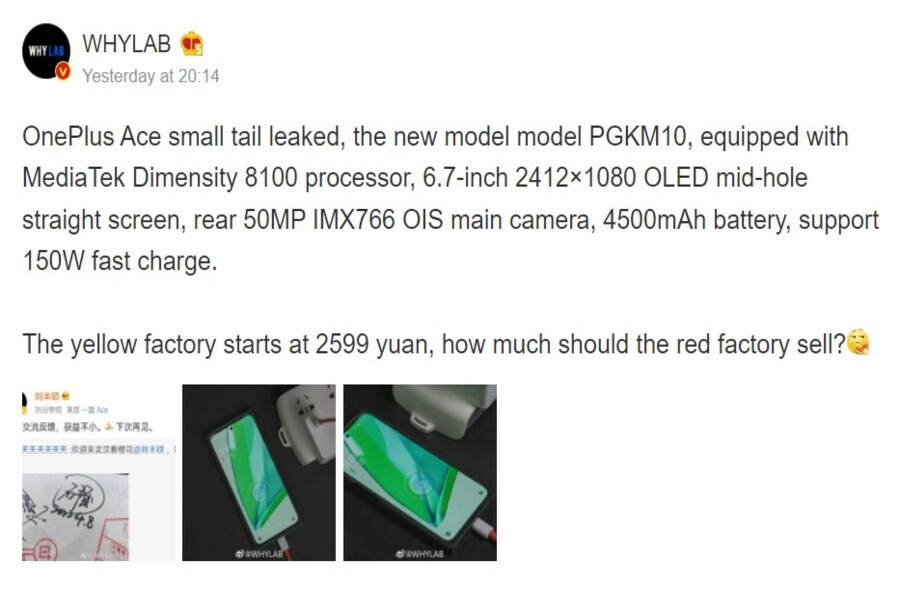 The listing also validates the phone’s operating system version. The OnePlus Ace is expected to come pre-installed with the Android 12 operating system. The gadget will sport 12GB RAM, with different RAM and storage options. On Geekbench, the gadget received a score of 962 in the single-core test and 3819 in the multi-core round. The database does not offer much information other than the aforementioned facts.

Reportedly, the OnePlus Ace will include a 6.7-inch Full HD+ AMOLED screen with a 120Hz refresh rate. Furthermore, talking about the camera specs for this upcoming smartphone, it will feature a triple-camera alignment on the back. The One Plus Ace might flaunt a 50MP Sony IMX766 main sensor, an 8MP sensor, and a 2MP sensor, indicating that it will have ultrawide, macro, and depth cameras. It might also house a 16MP front camera on the front. 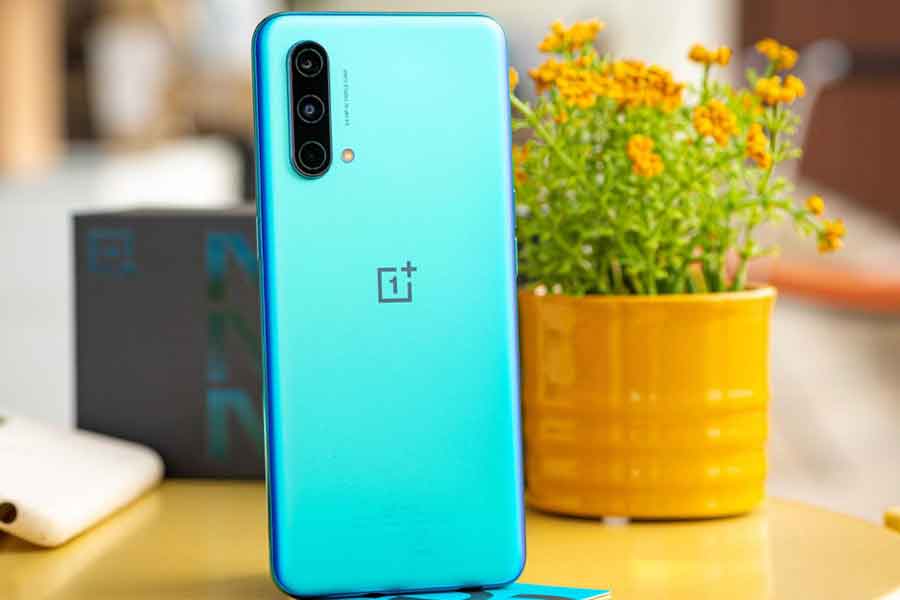 As for the battery specs, it will feature a 4,500mAh battery with 150W fast charging support. However, the same model number’s 3C listing indicated 160W fast charging capabilities. All of the mentioned features were also sighted on Weibo in March, and it was rumoured to be the OnePlus Nord 3 at the time. The latest Ace series leak has caused some uncertainty among the public, and it will be fascinating to watch whether OnePlus releases the phone in the following days.

Also Read: “With CardByte, one can instantly share and save digital cards, and also access them all at the tap of a button”

Previous articleTech NewsWrap: OnePlus foldable phone in the works… and more
Next articleMotorola Moto G22 launched, to go on sale on April 13