The Indian variant of the Moto G82 5G is expected to be launched in India on June 9. According to the report, the Indian model of the MotoG825G will have specifications similar to its European variant. The MotoG825G was launched in European market recently. It is being speculated that the upcoming Moto G82 5G may be priced under Rs 25000 range. However, the Company is yet to announce anything related to the launch of MotoG825G.

On the other hand, Motorola is all set to launch budget smartphone Moto E32s on June 2. The launch of Moto G82 smartphone has been tipped by tipster Yogesh Brar. According to Brar, G82 will be launched at a very competitive price and will likely to compete with the POCO X4 Pro. 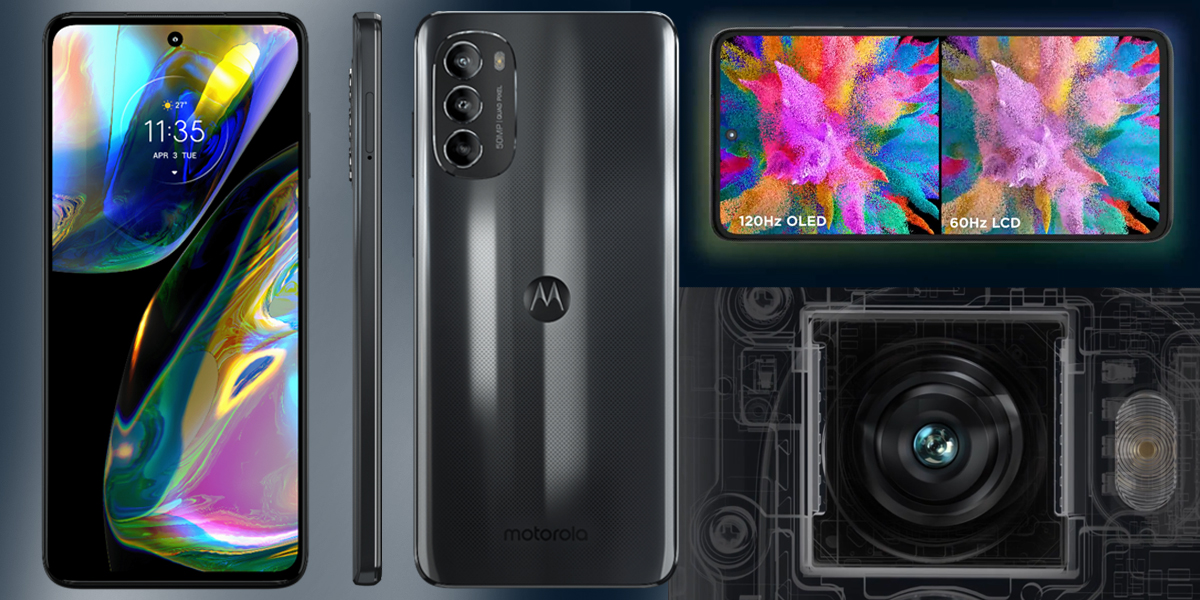 The reported upcoming Moto G82 is likely to be launched with specifications similar to its European variant. The Moto G82 features a 5,000mAh battery, a Snapdragon 695 SoC, 120Hz display, among others. The smartphone carries a price tag of EUR 329.99, which is equivalent to around Rs 26,500.

Earlier, Motorola confirmed to launch Moto G82 in other markets as well.

Coming to the optics, Moto G82 5G features a triple rear camera setup, including a 50-megapixel primary sensor, accompanied by an 8-megapixel ultra-wide-angle camera and a 2-megapixel macro sensor. The main camera is also supported for optical image stabilization (OIS). There is a 16-megapixel camera on the front for selfies and video calling.

The MotoG82 gets fuel from a 5,000mAh battery unit that has support for 30W fast charging. With its IP52 rating phone is dust and water-resistant. Dual speakers supported by Dolby Atmos and a punch-hole display design and a 3.5mm headphone jack is also offered in Moto G82 5G.

Motorola has confirmed the launch of Motoe32s. The budget smartphone will be launched in India on June 2.  Weighing just 185 g and 8.49 mm thin, MotorolaE32s has a 16MP triple camera, dedicated macro vision, depth sensor, and 8MP selfie camera. The smartphone can be purchased from Flipkart, Jio Mart and Reliance Digital. The upcoming Motoe32s will be available in Indian market at Rs9,299.

Earlier, it was speculated that Moto G82 5G launch may get delayed in the Indian market as it recently Motorola Edge 30 in the country. Available in two storage variants Edge 30 costs at Rs 27,999 and goes up to Rs 29,999.

In another development, Motorola announced that its upcoming Razr smartphone will be powered by the Qualcomm Snapdragon 8+ Gen 1 CPU. This would be the first time that the Razr series will feature a flagship processor as the previous models of the Motorola foldable smartphone didn’t have it.