Motorola is one of the renowned brands that release phones in the budget category with amazing spec sheets and camera quality. In Contrast to the many mid-range devices in the market, the ones coming from the brand are quite functional and premium built. Keeping with this trend, the brand recently unveiled its Moto G52 in the Indian market and now is all set to introduce Motorola Moto G42. The launch dates of the smartphone are still in dark, but the tipster Yogesh Brar has something in store for all!

Motorola is a highly reliable brand when it comes to smartphone-built and stable features. The devices are known for their consistency and premium design with good camera quality and other features. Motorola has launched many smartphones this year and now the brand is set for yet another launch. As per the tipster, the release dates for Moto G42 are set for the coming month of July. Here’s what we know!

The all-new Motorola G42 will hit the Indian shores on this upcoming July 4 2022. The device is expected to be an entry-level phone that is expected to be under the budget segment. It is tipped that the newly launched Moto G42 will arrive at around Rs 15,000 price segment. Furthermore, it is expected that the smartphone will be a 4G phone, coming with a modern design. It will also sport a punch-hole panel paired with a triple camera configuration.

As per the tweet, the brand will unveil the latest smartphone on July 4, 2022. Since there is no official announcement about the dates and the specs, it might be somewhere here and there, but relying on the excitement, the news will unveil soon.

Now coming to the specifications of the smartphone, Moto G42 is already unveiled in the global market. Hence, we can have an idea of how the Indian version is going to be. The global variant of Moto G42 might transfer the same specs and features to its soon-to-come Indian sibling. The Indian variant of Moto G42 is expected to feature a 6.4-inch OLED display with Full-HD+ (2400 x 1080 pixels) resolution. It might also feature a 20:9 aspect ratio.

The smartphone will be powered by a Qualcomm Snapdragon 680 SoC which is paired with 4GB RAM and 128GB of internal storage. So, you can expect the device to help you through all the multi-tasking and heavy scrolling while you’re playing your favourite games. 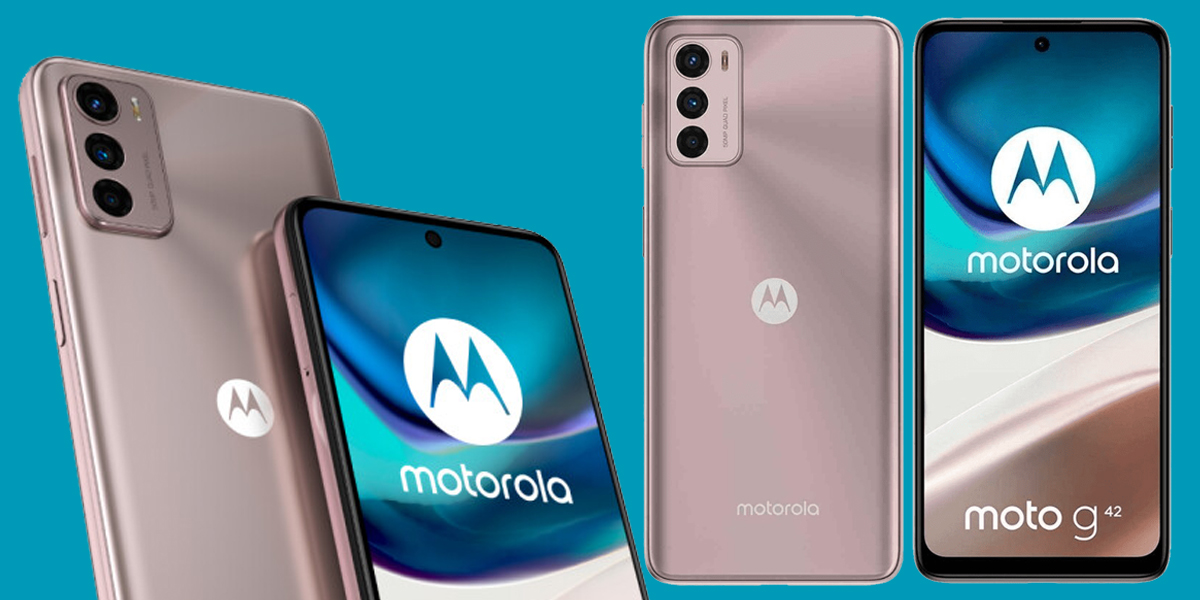 Coming to the optics, the smartphone will feature a triple camera configuration on the back with a 50MP main lens. The main lens is also paired with an aperture of f/1.8. The main lens will then be supported by an 8MP ultra-wide lens and a 2MP macro sensor. The rear camera is capable of recording 1080 videos at 30 frames per second. The front camera on Moto G42 will consist of a 16MP selfie shooter for your selfie and video calls.

Talking about the battery power of the upcoming smartphone, Motorola Moto G42 will feature a 5000mAh battery. It is also supported by an 18W fast charging. The phone has stereo speakers and also features a 3.5mm headphone jack.

Coming to the additional features of the device, the gadget incorporates a fingerprint scanner on the right spine for enhanced protection. It also supports dual-band Wi-Fi, Bluetooth 5.0, and GPS. Furthermore, the gadget comes pre-installed with MyUX and the Android 12 operating system.