Infinix Smart 6 Plus Now on Flipkart

The wait for the much-awaited pocket-friendly smartphone with a massive screen and storage is over. SMART 6 Plus, the newest offering by Infinix – the premium smartphone brand from TRANSSION Group from its value-driven Smart series, finally goes on sale on Flipkart from August 3.

The key specifications include a big screen, big battery and bigger storage while the device itself sports a 6.82 inch HD+ screen, which is the biggest in the segment, to ensure an engaging viewing experience for the users that are quite particular about it.

The smartphone has three attractive colour options- Tranquil Sea Blue, Miracle Black, and Crystal Violet, which is reason enough for colour savvy individuals to try out this new model at the earliest.

The smartphone is priced at Rs.7999 and comes with a massive 6.8 inch Drop notch screen with HD+ resolution along with 500 NITS of brightness that make the images and videos look colourful. 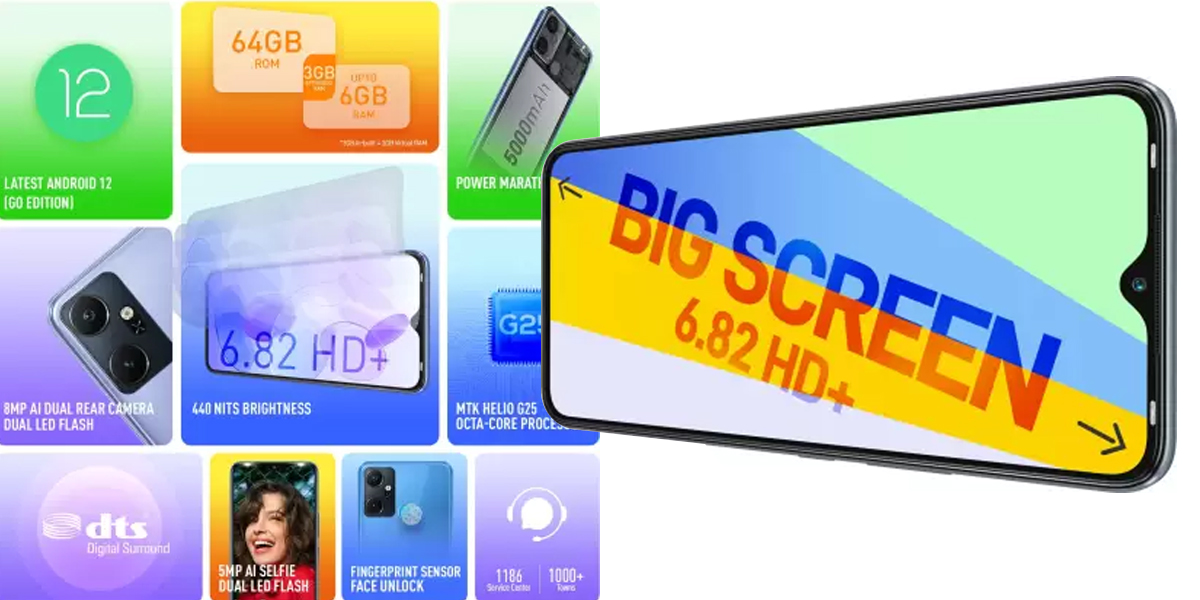 The device is the most reasonably-priced smartphone with 64GB storage backed by an in-built 3GB LPDDR4X GB RAM and an additional 3GB virtual RAM that can be extended. This means that users will not have to wait for them to launch and can immediately multitask between the apps.

Being powered by Helio G25processor, Smart 6 Plus comes with a pre-installed Android Go feature that considerably improves the app start-up time by almost 15% apart from offering 900MB of more storage to the users apart from the 64GB.

It also frees up to 270 MB of the device’s RAM, which in turn allows downloading of 3-4 more apps including heavier ones and we all know the sheer number of apps that youngsters love to have in their phones.

The device has been upgraded with the latest Android 12 and guarantees extra privacy with a dedicated Fingerprint sensor and Face unlock feature, which has served as a milestone in terms of security features in smartphones

Smart 6 Plus features an 8MP dual rear camera with a first-in-segment dual LED flash. The smartphone sports a 5MP selfie camera with f/1.8 aperture and a dedicated LED flash under the display.

The devices is backed by a 5000 mAh battery, supported by the power marathon feature that enhances its battery life by 25%, which spells good news for those that are totally into their smartphones 24/7. 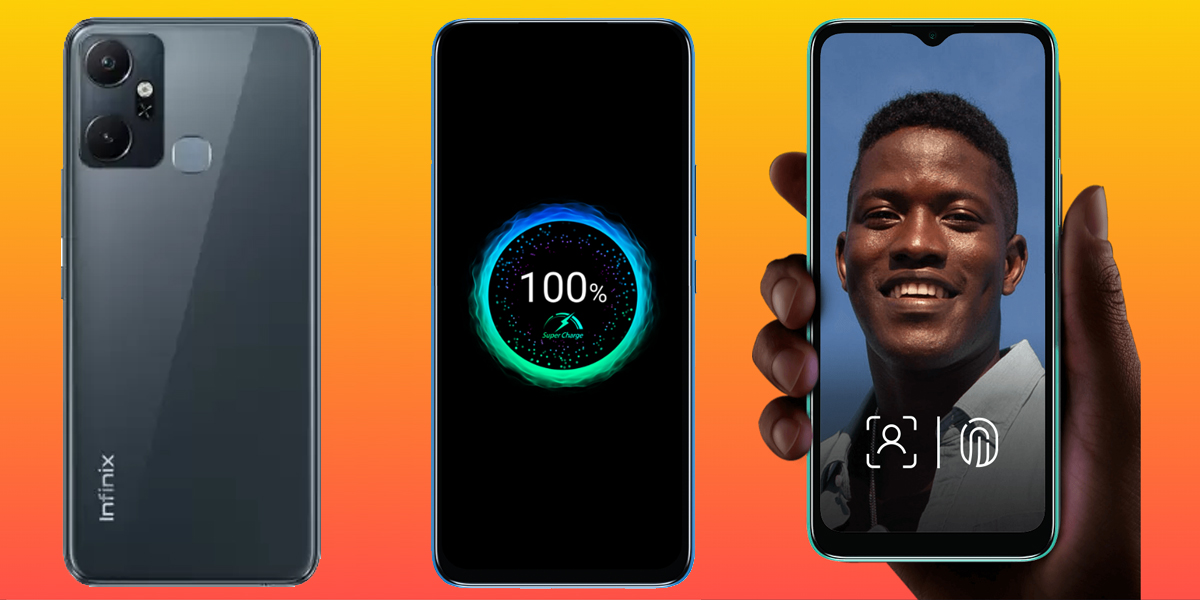 Infinix Mobility is an emerging technology brand that designs, manufactures and markets an expanding portfolio of devices worldwide under the Infinix brand, which was founded in 2013.

Targeting the current generation, Infinix focuses on developing cutting-edge technology embodied in meticulously designed mobile devices that offer refined style, power and performance. Infinix devices are trendy and attainable with the end-user at the forefront of every step forward.

With “THE FUTURE IS NOW” marked as the brand essence, Infinix aims to empower the millennial youth brigade to stand out from the crowd and show the world who they are. The company’s portfolio of products is sold in more than 40 countries around the world, covering Africa, Latin America, the Middle East, Southeast Asia, and South Asia.

Expanding at a phenomenal rate, Infinix grew an unprecedented 157% during 2019-2021 despite a global pandemic and has made big aspirations to continue creating flagship-level devices that offer striking designs and strong value propositions.

In 2020, the company launched its first Android Smart TV series Infinix X1 in 32-inch and 43-inch variants and forayed into the audio gadget segment under its brand ‘SNOKOR’ offering a stylish and affordable range of TWS earbuds, earphones, and sound bar.

Recently Infinix has also entered the laptop segment by launching its first laptop, INBook X1, in the Indian market.