Vivo’s first step into the world of foldables: Know what leaked schematic shows

Following the footsteps of other established players such as Samsung and Oppo, Vivo is coming up with its first foldable smartphone this year in China, its home country. The device, dubbed Vivo X Fold, is likely to be launched this month itself.

Meanwhile, days ahead of its launch, the design schematics of the upcoming smartphone has been leaked by well-known tipster Digital Chat Station, which gives us a graphic idea of what the Vivo X Fold could look like in real life. The phone, as per the leak, will feature a notebook style foldable design similar to the Samsung Galaxy Z Fold.

The tipster has reportedly uploaded the design render of the Vivo X Fold on Weibo, a Chinese microblogging platform. Although Vivo has not yet confirmed the official launch details of the much-anticipated smartphone, here’s what to expect from the device from the schematic and other leaked details.

The Vivo X Fold, which will compete against the likes of the Galaxy Z Fold 3 and the Oppo Find N, sports a punch-hole cutout at the top centre of the cover display. There is curved edge at the right side of the smartphone, which will offer you a more immersive viewing experience, as per the leak.

The design schematic, however, doesn’t reveal the inner display of the foldable smartphone. But, if reports are to be believed, there will be a punch-hole cutout at the top right half of the foldable display.

While the cover OLED screen is expected to be 6.5-inch tall with a Full HD+ resolution, there could be an 8-inch screen with a QHD+ resolution on the inside. Interestingly, both the displays will reportedly come with a 120Hz refresh rate. Since the internal display is not visible in the picture, we can presume it to house minimal bezels, if we go by the nature of the external display.

Talking about the rear panel, the foldable phone sports a huge rectangular block housing a circular camera module, which has four large cutouts, one of which seems to be for the periscope camera. Going by the leaked design, the Vivo X Fold will offer the main, ultrawide and possibly another portrait/ telephoto cameras. The circular camera module further offers two tiny cutouts for the microphone and other sensors. Besides, there’s an LED flash placed outside the camera module on the rectangular block.

In terms of other specs as leaked by Digital Chat Station (via GizmoChina), the upcoming foldable phone will be powered by a Snapdragon 8 Gen 1 SoC.  It’ll have a 4,600mAh battery, with support for 80W rapid charging and 50W wireless charging. While a lot has been revealed about this device in the recent past, there’s no word on RAM and storage capacities in the smartphone.

Dawn of a New Trend

Interestingly, the world is witnessing the beginning of a new chapter in the form of foldables, which have reasons to grow in the days to come. Although smartphone screens have got bigger over the last few years, they’ve reached a limit. In such a scenario, foldables are the only form factor that gets more screen from a pocket-sized mobile device. 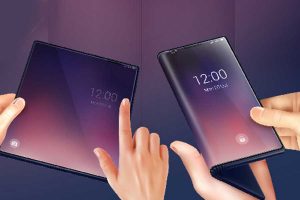 Foldable devices, in fact, are opening up a new world of mobile productivity, giving you greater flexibility and more space to get work done. It’s not just a phone, it can a smartphone, tablet and PC all in one, designed to make multitasking easy and seamless, as per experts.

While there were some apprehensions on certain parameters with regard to Samsung’s Galaxy Z Fold and Huawei’s Mate X, there was a sort of excitement too following their launch. 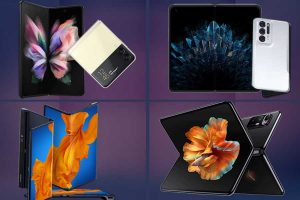 Thanks to companies like Samsung, Huawei and Motorola for their incessant efforts, foldable display smartphones have now become the talk of the town. While Samsung has the Galaxy Z Fold series and the Galaxy Z Flip series to its credit, Huawei has the Mate X series (with a notebook design) and the recently-launched P50 Pocket (with a clamshell design) as its foldable offerings. Similarly, it’s Razr series for Motorola in the foldable segment.

2022 is going to be even more significant for foldables, as Honor launched its first foldable phone called Magic V in January this year in China. The Honor Magic V is said to be the world’s slimmest foldable device. Motorola, as per reports, is also coming up with its third generation Razr phone this year.