The Future of AI and Gadgets

Artificial Intelligence has emerged as the most significant advanced tech facilitating other emerging technologies such as Robotics, Data Science, IoT, and most importantly, the Metaverse. It has been a driving force of smart technologies and is expected to continue as a technological innovator in future.

It is predicted to have a crucial bearing on almost every industry imaginable. Artificial Intelligence has already become indispensable in all major industries such as IT, E-commerce, Transportation, Media Education, Travel and Tourism, Security, etc. It is expected to permeate deeper into every other industry. This is because AI forms the backbone of computer learning which is an important segment of every organization and industry. 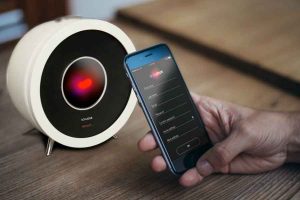 AI transformation has paved its way conveniently into our everyday routine functions through modern gadgets that we hugely depend upon now. Be it an alarm clock, home security, fitness gadgets, or TV, everything today is powered by Artificial Intelligence. The development of AI gadgets picked up pace during the COVID-19 pandemic, forcing the entire population to coop in the houses. During the turbulent times, AI-powered technologies and gadgets became a life saviour for people who were greatly restricted in terms of movements.

It facilitated functions from something as basic as ordering food to critical functions such as administering the oxygen level during the pandemic. The multi-functionality of smart devices has been made possible with the help of AI. To be more specific, today, a single smartwatch can feature almost everything you need in daily life, and the credit should go to AI. For instance, with its self-developed AI chip, an Amazfit smartwatch could have the perfect combination of supercomputing power and ultra-low power consumption. Other than this, the brand’s 7 AI engines directly contribute to product features like heart rate monitoring, smart recognition of sports, blood-oxygen saturation, sleep monitoring, fitness training optimizations and so much more.

Wearables, especially smartwatches, have become the most sought-after IoT tool that offers multiple functionalities in a single device which is not just easy to carry but also a style statement. By the year 2026, the international smart wearables market is expected to reach shipments of 776.23 million units. Not even a global pandemic could hamper the smartwatch trade, and in 2020 alone, 266.5 million units of wearables were sold out. Several factors are responsible for the same, the most prominent one being the easy integration of technology into daily activities with something as lightweight as a watch. It would have been impossible to imagine a single device performing so many distinct functions a decade ago.

Artificial Intelligence: What to expect in future?

According to a survey conducted by IEEE in 2021, 95 per cent of the CIOs, CTOs and technology leaders agreed that AI would be the major driving force in almost every innovation across all industries and sectors in the coming five years. The focus of Artificial Intelligence will shift towards AI-enabled transformation capable of solving crucial business problems with business-focused solutions. AI will focus on long-term scalability and is expected to become more advanced, strategically significant, and mission-critical.

A major change would be brought about by Conversational AI- a technology that enables speech-based interaction across users and platforms. As per a report by ReportLinker, the size of the conversational AI market will grow from USD 6.8 billion to USD 18.4 billion by 2026. Various factors lead to the same, including the widespread adaptation of omnichannel strategies, increased demand for AI-enabled customer support services, continuous customer engagement, and increased demand for chatbots during COVID-19 restrictions. 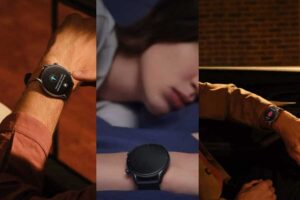 In addition to that, we can also see a rise in voice and language-driven intelligence in gadgets. AI is expected to bring about significant advancements in Speech Recognition, Natural Language Processing, and Speech Synthesis. Through these technologies, machines will become capable of understanding and speaking the language of humans. The capacity of Artificial Intelligence in generating human-like speech has already been vouched for by large dataset language models such as GPT-3 by Open AI. Therefore, the gadgets will be able to ape human-like intelligence in the choice of words, pitch, tonality, rhythms, stress based upon the context of the conversations. Through this, AI will save 8 billion USD per annum by 2022 that are spent on the Customer Service Sector.

With the pace at which AI is progressing, it is almost impossible to predict the future of AI. However, it is safe to say that AI is all set to completely revamp every industry that exists today on the face of the Earth.