“Tamasha allows people to make friends, be a part of like-minded gaming communities and monetize through innovative social tools” 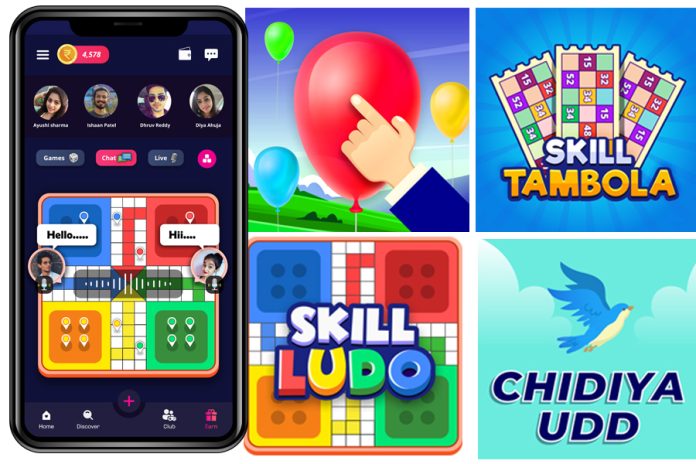 Tamasha is a social gaming platform, where micro and nano influencers from Tier 2 and Tier 3 cities can host real money games in their micro-community and instantly monetize their engagement. The startup was launched in July 2020 by Saurabh Gupta and Siddharth Swarnkar after realizing that there is a huge opportunity in real money gaming as there were no platforms where people can play in social groups led by influencers. Ramesh Kumar Raja talked to Saurabh Gupta, Co-founder and CEO, Tamasha Live, to know about this platform, technicalities involved, its user base and expansion plans in the next few years. Excerpts:

When was Tamasha founded and what made you think of the concept?

Tamasha was founded in July 2020 and its first version was released in November 2020. The concept came from the fact that gaming communities and their owners didn’t have a platform to play, engage and earn. They have to use multiple products to engage among each other. Money is transferred using payment platforms, engagement is done on WhatsApp or Zoom and there is no way to discover new people. Tamasha is a gaming platform which is social 2.0, meaning there is a unique combination of community, engagement and transaction layer which blends naturally among each other.

How is Tamasha different from other real money gaming platforms?

Most of the gaming platforms in the market are like a catalog of games, with limited tools to interact socially. Whereas, Tamasha allows people to make friends, be a part of like-minded gaming communities and monetize through innovative social tools. 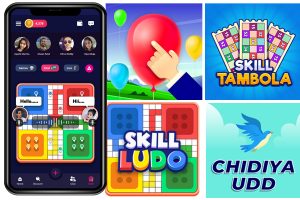 Please tell us about the number of installs Tamasha has accumulated till date. How many active users do you have on your platform?

Tamasha has been operating in a stealth mode and would begin scaling up soon. We have more than 500K users registered on the platform, with more than 2000 active clubs/communities on the platform.

5 lakh+ users have downloaded the application; we have 50K monthly active users on the platform and we are planning to add 25mn users by the end of this year.

Creators are benefitting by focusing on engaging their audience and organize games for the community without having to deal with payments, communication and other logistic problems. Creators can also get access to new set of users who are looking for these gaming communities to play. Creators are the true owners of the platform and we incentivize them instead of Google ads since they bring the users and engage with the users. Creators are able to earn revenue from their engagement and Tamasha is planning to add interesting monetization tools for the creators.

Thus, Tamasha is providing a platform to build, grow, engage and earn from the followers of these creators. The platform gets benefitted by cutting a small percentage of the value that is being generated from communities.

How do you plan to support the developers and how have developers helped in building the platform?

Developer ecosystem is one of the most critical parts of Tamasha platform. These developers release their games on Tamasha, and these games are played by the gaming communities. Developers earn commission out of the pool which the users are creating on the game. Tamasha thus helps developers to distribute their games to wider audience and make it viral through influencers on the platform. It helps them to monetize their games and make their game social without building social tools themselves.

What are your funding and expansion plans?

Our current focus is to attract more communities to the platform and increase the user base. We are in early discussion phase of the funding and are keeping the conversation open. We’ll be moving forward in a couple of months down the line.

We plan to bring more community games like poker, rummy on the platform soon, and are also partnering with big gaming studios to bring branded games to the platform. We are planning to bring 50 games in the next five months on the platform.

How many games are there on the platform and how many languages it supports?

Currently, there are five games live on the platform and we are adding new games day by day. We are planning to bring 50 games in the next five months on the platform, which will cater to different age groups and their different tastes.

The interface of the platform is in English as of now, and we plan to add 15 languages by the end of this year to reach out to users across different markets.

Also Read: “Quizbee is a part of the gaming space with a unique approach”

What are your monetization model and the revenue strategy?

There are multiple ways of revenue and we are constantly working on opening new channels to make money for communities as well as for the platform. Rake in real money games, commission through virtual gifting, sponsorships and ads are some ways to make revenue. Our numbers are healthy and are growing at a very fast pace

What are your plans for 2022, especially in the wake of the recent budget announcement on AVCG task force?

We are very happy with the government’s recent announcement of AVCG task force and recognizing the gaming industry. We would be playing our part towards the growth of the gaming ecosystem in India. We would soon be launching a developer program where we would provide Indian game developers support through mentoring, capital and distribution. The game developers can build games and publish on Tamasha, while developers can monetise their games through the Tamasha community ecosystem.