Expanding its Galaxy M series which is aimed at mid-range customers, Samsung has finally rolled out the Galaxy M33 5G in India. Among the key highlights, the smartphone comes with a quad-camera setup on the back, and is powered by the company’s own 5nm octa-core Exynos SoC, paired with up to 8GB of RAM and 128GB of storage. The handset extracts juice from a massive 6000mAh battery, and is said to compete with the likes of Redmi Note 11 Pro and Moto G71. 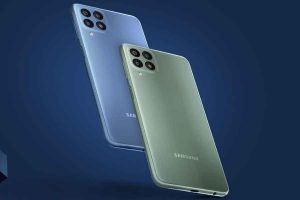 The Samsung Galaxy M33 5G comes in two RAM/ROM configurations – 6GB/128GB and 8GB/128GB. While the base variant is priced at Rs 18,999, the upper variant costs Rs 20,499. Interestingly, the South Korean handset major is offering both the variants at an introductory price of Rs 17,999 and 19,999 respectively for early buyers. The smartphone will be available for purchase in Blue and Green colour options via Amazon and Samsung India online store starting April 8.

In terms of technical specs, the smartphone sports a 6.6-inch full HD+ Infinity-V display with a refresh rate of 120Hz, which is definitely a wonderful feature. It has a Gorilla Glass 5 protection and is powered by an unnamed octa-core 5nm Exynos chip, which is further coupled with up to 8GB of RAM and 128GB of storage. The RAM Plus feature in this smartphone is capable to extend the RAM from 8GB to 16GB exploiting its inbuilt feature. 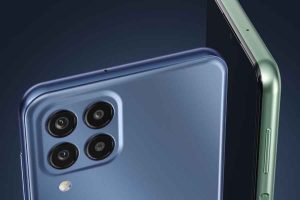 For photography and videos, the Samsung Galaxy M33 5G comes packed with a quad camera setup on the back – a 50MP primary sensor with an f/1.8 aperture, a 5MP ultra-wide-angle sensor with a 120-degree field-of-view and an f/2.4 aperture, a 2MP macro shooter with f/2.2 aperture, and a 2MP depth sensor with f/2.2 aperture. There’s an 8MP camera on the front for selfies and video calls. Talking more about the rear camera, its supports various professional photography and videography modes like single take, object eraser, bokeh effect, and Video Temporal Noise Reduction.

In terms of connectivity, the phone has support for 5G, Wi-Fi, Bluetooth, and GPS. There is a side-mounted fingerprint scanner for security purpose. As mentioned above, it is backed by a 6,000mAh battery, having a 25W fast charging support.

Also Read: Smells like a deal seems to be happening, between Xiaomi & Leica, as suggested by MIUI codes