It’s not been long since the Samsung Galaxy M53 5G leaked for the first time. Almost all of the smartphone’s essential features were exposed in that leak. Now, more leaks have come along with information on the charger and 5G capabilities.

In a tweet, tipster Yogesh Brar highlighted the specifications of the upcoming Samsung Galaxy M53 5G. They are consistent with a prior leak from a Vietnamese YouTube account. He also mentions that the phone would come with over ten 5G bands. In addition, he claims that the smartphone is shipping into the markets without a charger.

Apart from the connectivity and charger point, Galaxy M53 5G is coming with many latest features, which are already rumoured enough. It will sport a 6.7-inch screen, AMOLED display, and a powerful processor. Reportedly, the price for the same has also been speculated, which is under the mid-range budget.

According to ytechb’s depiction, the Samsung Galaxy M53 5G will have a hole-punch cutout in the centre and a quad back camera system in a square module with an LED flash right below the cameras.  The volume controls, as well as the power button, which also serves as a fingerprint sensor, are reported to be located on the right spine.

According to a recent source, the Samsung Galaxy M53 5G would include a 6.7-inch Super AMOLED display paired with a refresh rate of 120Hz. It’s possible that it’ll run on Android 12 with One UI 4.1 on top. Furthermore, The Samsung phone is said to be powered by a MediaTek Dimensity 900 5G SoC. It is also paired with up to 256GB of storage and 8GB of RAM. Also, the upcoming device is expected to look like the Galaxy M62 model. 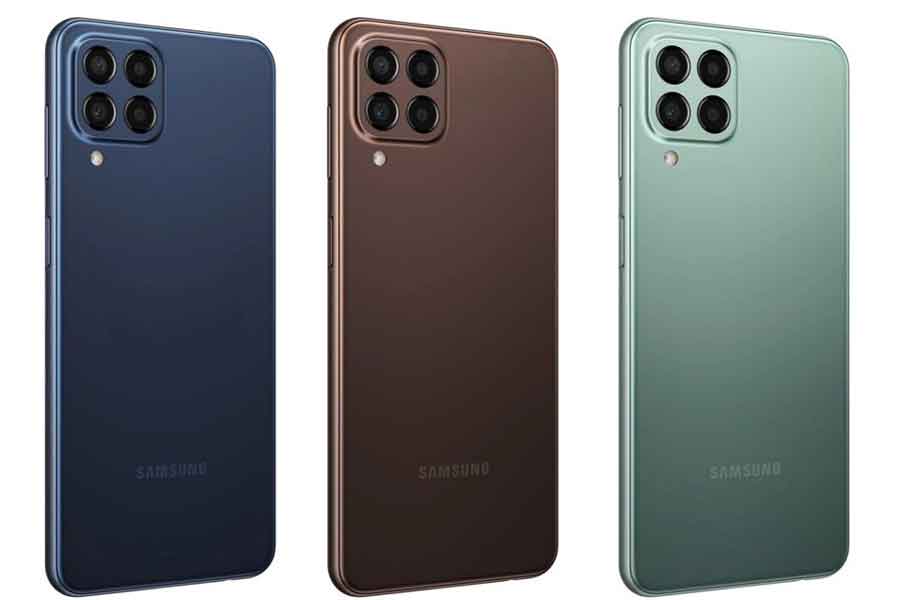 As for the camera specs, it might feature a quad back camera set. The primary lens with a 108MP sensor, an 8-megapixel sensor with a wide-angle lens, a 2-megapixel macro shooter, and a 2-megapixel depth sensor is also rumoured to be among the other cameras. Additionally, the phone might include a 32MP camera for selfies and video conversations. Samsung may include a 5,000mAh massive battery with 25W fast charging capability.

Although, there is no information about the price for this upcoming launch. However, as per a rumour, the 8GB + 128GB storage edition of the Samsung Galaxy M53 5G might cost between VND 10.5 million and 11 million (approximately Rs. 35,000 and Rs. 36,800) in Vietnam.

Also Read: OnePlus 9 Pro get discounts up to 10K: Here’s how