Realme Techlife Watch R100 likely to be launched on June 23

Smartphone maker Realme is likely to expand its product line-up under the wearable category. According to the latest update, Realme will introduce a new smartwatch on June 23.

As per the report, the smartphone maker will unveil Realme Techlife Watch R100 on June 23 at 12.30 pm. The update has been shared by tipster Mukul Sharma. However, the Company is yet to make an announcement related to the watch launch.

The reported Realme Techlife Watch R100 will come up with a 1.32-inch colour display and Bluetooth calling feature.

Additionally, the Realme Techlife Watch R100 will feature a round-shaped dial and come in two colour options- Black and Cream. The upcoming wearable by Realme is expected to be available for sale via Flipkart.

The Realme TechLife Watch SZ100 features a 1.69-inch HD colour display, skin and body temperature monitors along with a heart rate tracker. The Company promises to offer 12-day battery life on a single charge. The skin temperature measure and monitor function will help users to measure and monitor skin and body temperature. The Realme TechLife Watch SZ100 is priced Rs 2,499 and it is available in Lake Blue and Magic Grey colours.

In March, Realme haso launched the TechLife Watch S100. Its price in India had been set at Rs. 2,499 and it came in Black and Grey colours.

In addition to wearable, Realme has been extensively expanding its product lithe ne up in India and global market.

Realme is also preparing to launch its first device to be powered by the Snapdragon 8+ Gen 1 chipset, this has been revealed by TENAA listing. The device called Realme GT2 Master Explorer Edition will have a metal frame while the power and volume button will be on the right and left sides of the device, respectively.

If the report is to be believed then the upcoming Realme device will come up with a centrally-aligned single punch-hole cut-out for the selfie camera.

Narzo 50 5G, Narzo Pro 50 5G and GT Neo 3T are among other prominent launches by the Realme in recent times in India and global market.

Realme Narzo 50 5G and Realme Narzo Pro 50 5G are the latest addition by Realme under its popular and budget-friendly Narzo series. Both the smartphones come packed with amazing features, durability and good battery life. 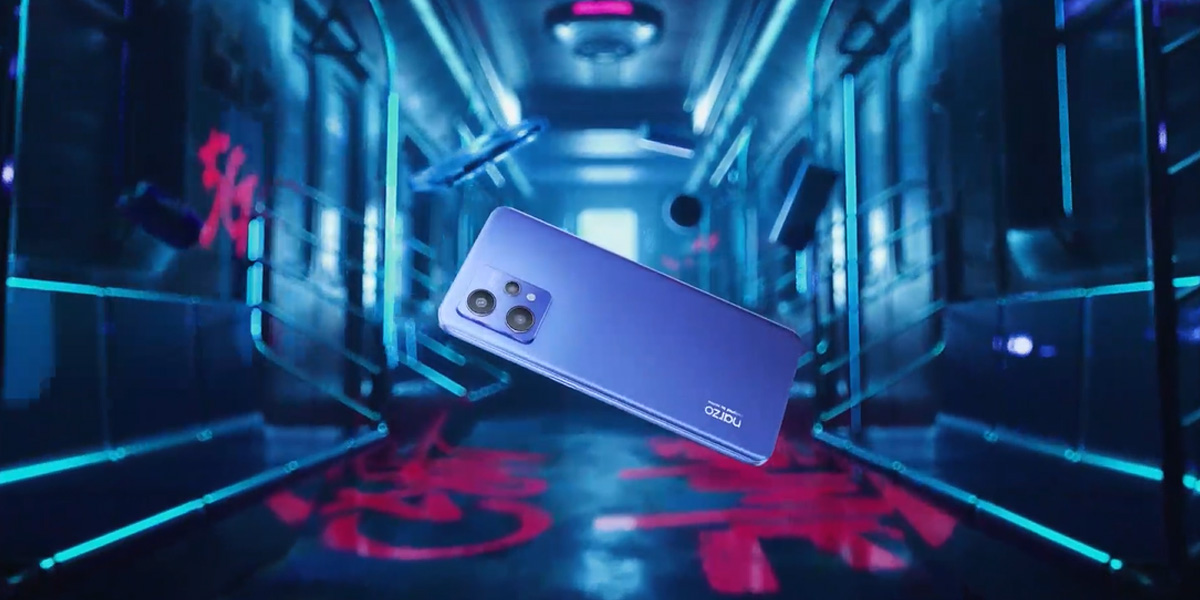 A 6.4-inch Super AMOLED display with a 90Hz refresh rate, a 360Hz touch sampling rate, and a peak brightness of 1,000 nits are the prominent features of the Realme Narzo 50 Pro. Additionally, it features the MediaTek Dimensity 920 5G Processor under the hood with an Arm Mali-G68 GPU. Furthermore, it comes with up to 8GB of RAM, 5GB of virtual RAM and 128GB of storage space. It runs Android 12-based Realme UI 3.0.

Previous articleSamsung Galaxy F13 India launch date confirmed, coming with up to 8GB RAM and 6000mAh battery
Next articleWhatsApp rolls out these new features to protect your privacy online