Oppo F21 Pro to be a selfie king, thanks to flagship Sony IMX709 sensor: Details inside

Oppo is all set to launch its F21 Pro Series smartphones and Enco Air2 Pro TWS earbuds on April 12. Before the much-awaited unveiling, the company today revealed that the upcoming Oppo F21 Pro will include the flagship Sony IMX709 RGBW (red, blue, green, white) selfie sensor, which is said to be 60% more sensitive to light and reduces noise by 35% when compared to the previous generation IMX615 RGB sensor.

According to the popular Chinese handset maker, the Sony IMX709 RGBW camera lets users to capture crisp, clear and evenly-exposed photos, as per the company. With Oppo’s Quadra Binning algorithm, two W pixels are added to each R, G, and B pixel so that the sensor can detect red, green, blue, and white signals. This boosts light intake without reducing colour information, improves cross-platform compatibility and image processing efficiency. 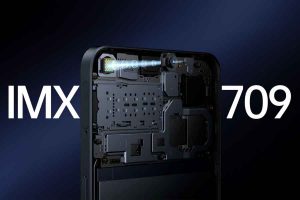 Oppo further said the F21 Pro also houses an advanced AI Portrait Enhancement feature that is a solution to the problems that customers face in front and rear portrait shooting. It can differentiate between beauty spots and skin blemishes and identify subjects, based on ethnicity, gender and age, to offer personalised and natural face retouching, as per the company.

Also Read: iQOO Neo 6 arriving on April 13: Here’s what you need to know

The phone maker has introduced a 2MP microlens on Oppo F21 Pro, with support for 15x/30x magnification, that allows you to explore textures, colours, shapes and sizes at a microscopic level. Oppo also added a new Orbit Light around the microlens for illumination as the short focal length of this lens required the phone to be very close to the objects that are photographed. 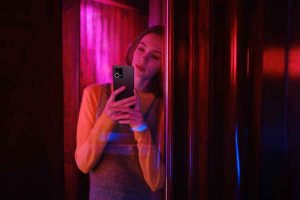 Coming to the Oppo Enco Air2 Pro, the TWS will sport a 12.4mm titanized diaphragm driver, wide sound fields, potent bass, crystal-clear vocals and active noise cancellation which is claimed to be capable of capturing and cancelling out ambient noise at various frequencies. The Oppo Enco Air2 Pro adopts a dual-layer, transparent bubble design with a refractive top cover that adds a unique touch of translucent lightness, the company revealed.