There’s a continued pandemic-induced surge in mobile gaming in India, with a healthy rate of 16% (YoY), as per the latest findings from CyberMedia Research. The number of hardcore gamers has seen a remarkable 40% growth in the post-Covid period, riding on the increasing mobile gaming maturity, evidenced in increased game time, and thanks to powerful smartphones, revealed the study.

A similar growth trend is observed in the case of casual gamers, while the proportion of hyper-casual gamers declined 16% YoY, according to the CMR survey insights, which further say that 86% gamers are satisfied with their current smartphone as a gaming device.

“Hyper-casual gamers have, over the past two years, switched or upgraded to new smartphones, and this is reflected in the increased game time. At the core of these democratized gaming experiences in the value-for-money smartphone segment are, amongst others, the powerful smartphone processors,” said Ram. 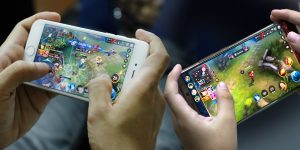 Binge gaming to the fore

According to its latest gaming survey insights from CMR’s gaming-centric intelligence, three in every five gamers spend 31 mins to 120 mins in a typical play session. On an average, each gamer spends 79 minutes in a typical play session. The average number of games installed in a smartphone stands at 7, of which at least 4 games are played regularly. Three in every five gamers play action/adventure games. Hardcore gamers mostly play, or prefer action, and first-person shooter games.

From Free-to-play to Paid mobile gaming

With increasing gaming maturity, casual and hardcore Indian mobile gamers are now increasingly switching to paid gaming apps from freemium apps, as per the CMR gaming survey results. In comparison to the pre-Covid period, there has been a whopping more than100% uptick in paid gaming in post-Covid India. The average mobile gaming spend during this period increased a significant 44%, it found.

The study said two in every three hardcore gamers have participated in online gaming contests, with a 10% YoY growth in gamer participation. Hardcore gamers participate, on an average, in eight online gaming contests annually. Some of the prominent gaming titles played include Counter Strike (40%), StarCraft II (39%), League of Legends (38%) and Rocket League (36%). There is improved awareness amongst hardcore gamers around cloud gaming. Four in every nine hardcore gamers have played cloud-based games on their smartphone, with cloud gaming familiarity driven by Sony PlayStation Now (PS Now) (51%), Microsoft Xbox Game Pass (47%) and Google Stadia (42%). 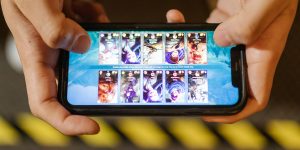 Battery life (66%), fast game loading (54%) and display (53%) are the top three smartphone aspects that matter while playing game on smartphone, as per the study. Among gamers, awareness and perception rating in terms of gaming performance have increased across MediaTek product portfolio, including the MediaTek Dimensity and MediaTek Helio G series. Qualcomm leads in brand awareness (87%) and usage (29%). MediaTek followed closely – brand awareness (82%) and usage (28%). MediaTek enjoys a strong growth momentum with higher conversion rate of awareness to usage among gamers. Four in every five mobile gamers rate MediaTek highly for its gaming performance.

“Smartphone gaming is increasingly becoming social, with gamers connecting with friends and family over gaming. Alongside, gamers have attributed gaming to support in improving their concentration, and, making them more informed about the world outside,” said Satya Mohanty, Head- Industry Consulting Group (ICG), CyberMedia Research.