iQOO has come up with yet another smartphone in the Z-series called iQOO Z3 with 5G support in India. The phone falls in the mid-range segment and was first launched in China in March this year. 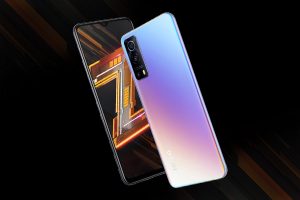 In terms of technical specs, the iQOO Z3 5G features a 6.58-inch Full-HD+ LCD display with a 120Hz refresh rate, 90.61 screen-to-body ratio and HDR support. The display panel has a waterdrop-style notch that houses the single selfie camera.

Under the hood, the smartphone packs an octa-core Qualcomm Snapdragon 768G SoC paired with integrated Adreno 620 GPU, up to 8GB of LPDDR4x RAM, and up to 256GB of onboard UFS 2.2 storage that is expandable up to 1TB via a microSD card. The handset runs on Android 11-based OriginOS out-of-the-box and supports dual 5G SIM cards. 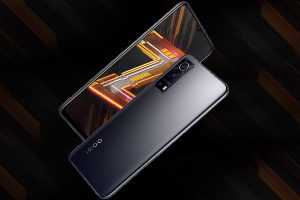 The all-new iQOO smartphone comes with a triple camera setup on the back, inside a black-coloured rectangular module that houses the 64-megapixel primary camera with f/1.79 aperture. It is further accompanied by an 8-megapixel ultra-wide-angle camera with f/2.2 aperture and a 2-megapixel sensor with an f/2.4 lens. There’s a 16-megapixel shooter at the front for selfies and video calling. Additionally, the camera app comes with modes like night scene, portrait, dynamic photos, AR cute shot, short videos, and more.

Other notable features on the iQOO Z3 5G include 4G LTE, dual-band Wi-Fi, Bluetooth v5.1, GPS, and a 3.5mm headphone jack. It is backed by a 4,400mAh battery with support for 55W fast charging via the USB Type-C port.