iPhones or Android? Here are 8 reasons to switch from Android to iOS 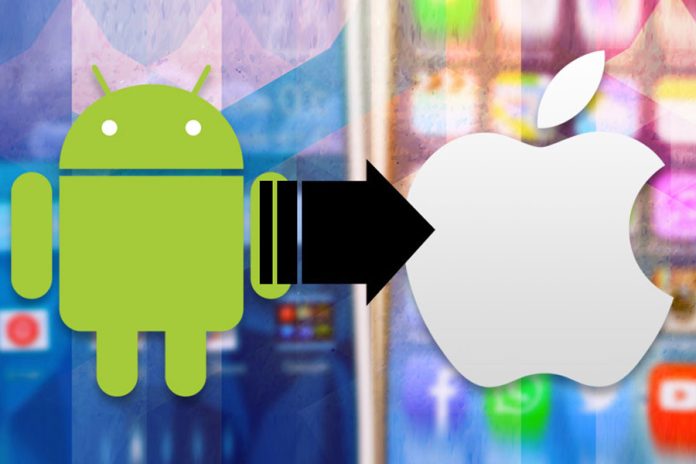 The iPhone vs. Android debate can be divisive, but it ultimately adds up to the fact that Android phones typically provide more features for a lower price. Having said that, it’s amazing to observe how an iPhone remains an aspirational product in India, with the majority of users wanting one if it weren’t for the exorbitant price tag.

Both platforms – Android and iOS – are well-established at this point, having been around for almost a decade. That means both offer extensive features, and there’s very little that one can’t do better than the other. Nonetheless, each has advantages, and there are reasons why you might prefer one over the other.

Now, in a move to get people to switch to iPhone, Apple explains why iPhones are superior than Android phones in its new campaign called ‘Hear from the Switchers’. The Cupertino-based tech giant is highlighting some reasons or features to make a case for its flagship product. Here are some of the reasons.

Privacy and security have been one of the primary highlights for Apple and the company says, “Apps need your permission to track your activity across other companies” apps or websites. For iPhone users, Face ID is itself a privacy blessing. No one can unlock iPhone even when the user is sleeping or unconscious. Secondly, you could turn off access to the microphone, GPS location, camera, photos, contacts, etc. individually, for each app. Unlike Android where all the permissions are asked right at the installation stage and there’s no going back.

iPhones are also known for their software updates. Android phones are notoriously slow to receive software updates. On the other hand, there are no such concerns with the iPhone. iOS upgrades arrive on a regular basis, bringing new features and security improvements to your iPhone. Software upgrades bring a slew of new functions to your smartphone, keeping it ‘up to date’. Software upgrades also provide popular new capabilities to iPhone, such as Share Play.

You just cannot take a single bad photo with an iPhone camera. Period. iPhone guarantee the most natural pictures and consistently great performance. It also clicks readily perfect pictures that you can directly upload on social media without any post-editing required. According to Apple, iPhone’s features like Night Mode, Portrait Mode, Cinematic Mode kick in automatically and make the camera experience on iPhone much better.

iPhones are easier to use

The user interface of iPhone is so simple and straightforward that you can easily reach your endpoint destination. The best thing about iOS is that there isn’t much to learn about it, making it better than Android devices. iOS has a user interface that is so basic that there is essentially no learning curve. The home screen of iOS devices is easy and simple to use.

Switching to iPhone is easy

If you are planning to switching from Android to iPhone, Apple claims that the process is very simple. The transfer of data, photos, contacts, messages is very easy and Apple does give you the option to trade in your old smartphone for credit. There is ‘Move to iOS app’ which you can download on your Android phone to securely transfer data from your Android phone to your iPhone.

The iPhones have a series of processors that reportedly deliver better performance than the most Android phones. While boasting about superior performance, the company highlights, “Apple-designed chips deliver performance you can’t find in any other smartphone. We also design the operating system, so everything works together in the most efficient way possible, for great battery life”.

Durability is another aspect that Apple is proudly bosting, claiming that it outlasts competing smartphones in terms of value retention. In new iPhone models, Apple includes the Ceramic Shield. It is said to be more resistant to spills and splashes than any other smartphone glass. According to Apple, the iPhone retains its worth longer than other smartphones due to continuous software updates.

Apple claims that its hardware and software are designed in tandem for a seamless experience. So, if you have an iPhone, installing AirPods is a piece of cake. According to Apple, features like AirDrop and SharePlay make the iPhone a compelling offer. Apple users can get all the gadgets to work together in a seamless way by linking them together. You do not need to install different applications to link them together.

Previous articleHow to ensure seamless performance of your Samsung Galaxy smartphone?
Next article“Customer-centricity has been the cornerstone of Huawei’s strategy in India”