iPhone SE alternative from the house of Sony: Know what Xperia Ace 3 has in common

Even though Sony phones are a thing of the past in India now, they still make news outside their home country (Japan) whenever there’s any development with regard to any new offering. In one such development, the Japanese electronics major is coming up with the Sony Xperia Ace 3, which is said to have an iPhone SE-like compact design.

It must be noted that Android camp is not too interested in launching small smartphones, and the Sony Xperia ACE 3 might come as a surprise from the Japanese company that it still is a big advocate of the compact form factor.

The upcoming Sony Xperia Ace 3 is somewhat akin to Apple iPhone SE 2022 and iPhone 13 Mini that come with small displays and sell like hot cakes despite having old-style design. Although, it’s not a new thing for Sony as it has been making Xperia Ace lineup of compact devices since 2019. 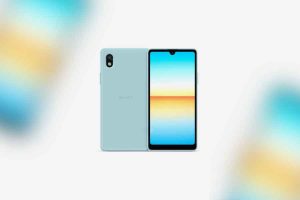 As per images revealed by popular tech leaker OnLeaks (via Zollege), the upcoming Sony Xperia phone almost looks like its compact predecessor launched in 2020, especially in terms of design and overall size. It happens to have a slightly smaller footprint, if the renders are to be believed.

Interestingly, the upcoming Xperia Ace 3 (with 9.1mm) is said to be a little thicker than its predecessor (with 8.9mm), however this minute change in dimensions doesn’t disturb the display size of 5.5-inch, which is a tried and tested endeavor from the house of Sony.

In terms of the rear panel, the leaked renders show that the Sony Xperia ACE 3 comes with a clean design, possessing a small camera module – housing a 13-megapixel shooter and an LED flash – at the top left and the company’s branding at the centre.

Up front, it comes with a selfie camera housed within the waterdrop notch. Although the details about the sensor used here is still unknown, it’s likely to be the same 8-megapixel lens that’s available on Xperia Ace 2.

The rest of the design is said to be borrowed from the Xperia Ace 2. The smartphone sports a SIM tray on the left side and the power button and the volume rocker on the right. Going by the trend, the power button also doubles up as a side-mounted fingerprint scanner. At the top and bottom, the handset comes with a 3.5mm headphone jack, a USB-C port, a speaker grille and a microphone.

If reports are to be believed, the smartphone is likely to come with Qualcomm Snapdragon 888 5G SoC paired with 6GB of RAM and 128GB, 256GB of internal storage. It will be backed by a 4,500mAh battery. The forthcoming smartphone will reportedly cost $327 (Rs 24,999) and is expected to land sometime in June this year in Japan.

Previous articleXbox aims to increase women participation in gaming industry through this initiative
Next articleCranking up the heat, Apple claims to beat Nvidia’s giant RTX 3090 graphics