Expanding its Note series, Infinix has come up with Note 11 and Note 11S smartphones in India. With these launches, the Transsion’s popular smartphone brand has further augmented its position in the budget segment with loads of features, capturing the void created by Xiaomi and Realme which are now moving up the price scale. These new Note-series smartphones come with some significant improvements such as a fresh new design, an AMOLED display, XOS 10 along with other features. Here, we have the lower variant i.e. Infinix Note 11, priced at Rs 11,999, that we used for a couple of weeks before writing this review.

Breaking away from tradition, the all-new Infinix Note 11 offers a fresh new flat-edged design with rounded corners, and has a matte-gradient finish on the back panel, which is a good transformation as it doesn’t attract fingerprint smudges. Kudos to its flat form factor, the smartphone will give you the feeling of iPhone 12/13 or Oppo Reno 6. It’s quite slim, having a thickness of 7.9 mm with plastic frame on all sides. 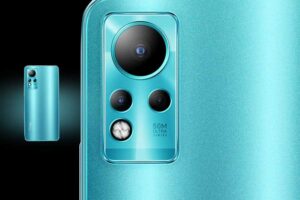 Akin to the frame, the rear panel is also made of a high-quality plastic which looks like a glass panel. We had the Glacier Green colour variant for review, although the handset also comes in Celestial Snow and Graphite Black shades. While the front is dominated by a big display having a dewdrop notch for the selfie camera, on the back you’ll get a rectangular rear camera module that houses three lenses – a big one on the top with two small lenses placed horizontally underneath.

The top of the Infinix Note 11 is plain, whereas on the bottom there’s a USB Type-C port, a primary microphone, speaker grills, and a 3.5mm audio jack. While the left side of the device comes with a SIM tray, the right panel offers a power button with a fingerprint sensor embedded on it along with volume rockers.

Overall, it’s a decent looking smartphone which will give you the feeling of a flagship device. 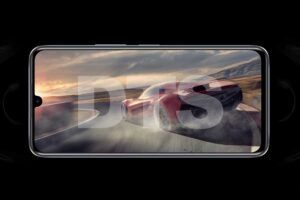 The handset comes with a 6.7-inch FHD+ AMOLED display with a 92% screen-to-body ratio and 750 nits of peak brightness. The display comes with a 100% DCI-P3 Color Gamut and a 100000:1 contrast ratio. There is Corning Gorilla Glass 3 for protection. The display, as per the company, is one of the biggest changes, which offers a more accurate and sharper colour and detail. Taken as a whole, the display is good for watching all kinds of content and gaming, and the animations are good and smooth.

The Infinix Note 11 is powered by the MediaTek Helio G88 processor, paired with 4GB of RAM and 64GB of eMCP storage which is expandable via the dedicated microSD card slot. The powerful processor has a CPU clock speed of up to 2 GHz. The smartphone is further backed by ARM Mali – G52 GPU, which is super clocked at up to 1 GHz. The handset has support for Bluetooth 5, dual-band Wi-Fi, and GPS. It also has stereo speakers and runs Android 11 with XOS 10 on top. 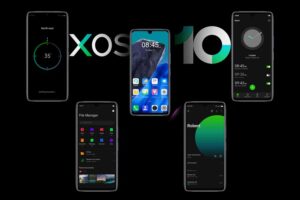 In terms of performance, the processor is good enough for your daily usage and gaming sessions, and does not show any signs of slowing down. The Infinix Note 11 never heated up during my usage and there were no screen freezes. It could also multitask easily between multiple apps.

Besides, the smartphone offers some useful features like X Hide that allow users to hide their banking and financial apps, along with X Clone that duplicates apps. It’s worth use if you have two phone numbers and use WhatsApp on both of them. On the flip side, the smartphone is full of bloatware, which you’ll gradually learn to get rid of.

The smartphone houses a triple rear camera setup with the combination of a 50MP primary camera with f/1.6 large aperture, a 2MP depth sensor, and an AI lens along with a Quad-LED flash. For selfies, it houses a 16MP AI camera sensor that sits underneath the waterdrop notch on the front. 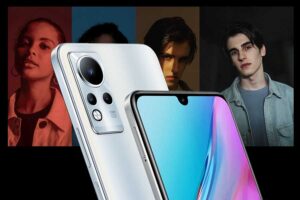 Besides, it comes with a video camera with multiple features like Time-lapse video recording mode, Slow Motion video mode, even Bokeh video recording mode, which blurs the background, making the subject stand out by focusing on it. The camera app is straightforward and easy to use, and one can easily switch between different shooting modes. 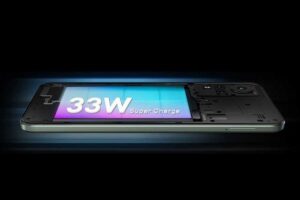 The Infinix Note 11 houses a massive 5,000mAh battery that keeps the smartphone running even after long hours of heavy usage. It’s further backed by a 33W charging support with a Type C charger. The battery backup is capable enough of surviving an entire day even after using it for long gaming sessions. The 33W charging is really fast and it takes nearly an hour to charge the device. Like its predecessors, the all-new Infinix handset stands tall in this department, offering an impressive performance.

The smartphone has got a decent design which will make you feel like holding an iPhone 12/13 in your hand, an impressive AMOLED display, a smooth processor that ensures a great gaming experience, and good cameras which are worth its price. Although it has a couple of bloatware which could be frustrating sometimes, the XOS 10 offered a good user experience. Overall, the smartphone is an upgrade over its predecessor and is a good deal at the given price point.

Introduction Kia is one of the biggest automobile manufacturers in...
Read more

GOQii Smart Vital Ultra is a perfect combination of...

Introduction Elon Musk just recently took over as the new...