Google’s popular conferencing app Google Duo is soon going to be merged with the primary Google Meet video conferencing app. So, speaking more simply, Google will have only one straightforward solution for video calling for both personal and enterprise users.

Google will integrate the present Google Meet functionality to Duo before the app is rebranded. Users of Duo will be able to arrange meetings in advance, change virtual backgrounds, use in-meeting chat, and receive real-time closed captioning, among other features.

The company has confirmed via blog post that Google Duo and Google Meet are soon going to be one video calling app. Reportedly, this was about to happen back in 2020 and now it is official. 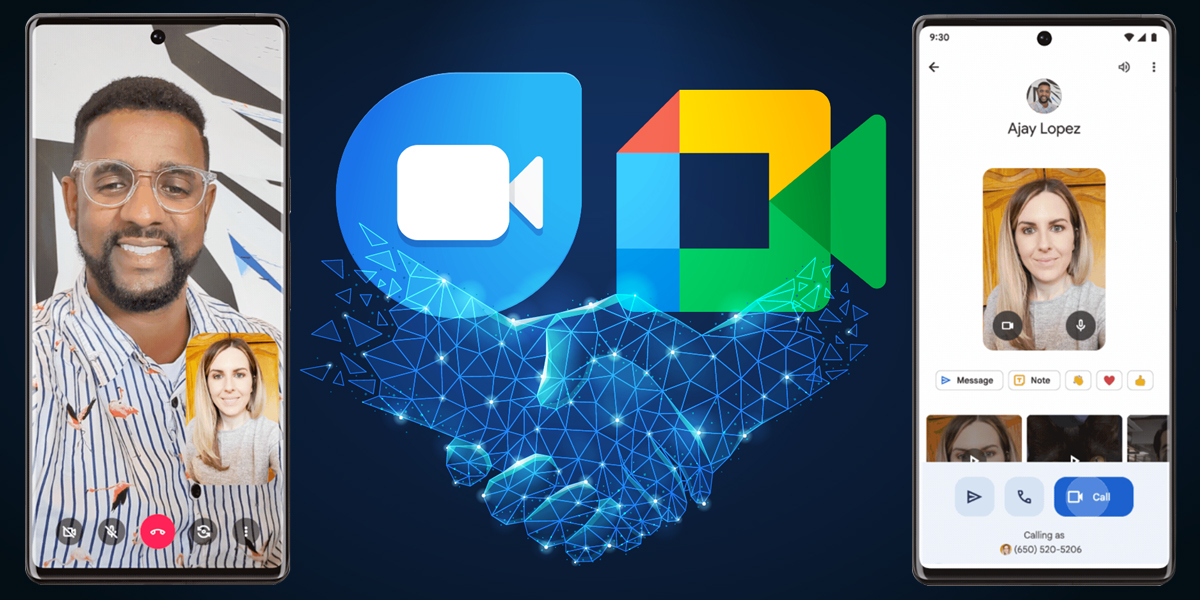 In the blog post, the company has clearly said that it will bring “Google Meet features to the Duo app, so users can easily schedule a video meeting at a time that works for everyone, or continue using video calling to instantly connect with a person or group.” Later in the year, the Google Duo app will be renamed Google Meet, and thus Google will have one “single video communications service” for everyone at no cost.

Google Duo was released back in 2016, along with Google’s previous voice assistant, Allo. The duo was more widely used as the user could make a call straight to people’s phone numbers, making it easier to connect with them. Google Duo is somewhere very similar to Apple’s FaceTime.

The latter was a messaging app designed to take on WhatsApp. The Duo app was available on Android and iOS and was more of a video calling app designed to compete with FaceTime. While Allo was shut down in 2018, Duo had managed to survive so far, despite Google Meet getting more focus. But it looks like this will join the long list of Google’s failed apps/projects.

For Google Duo users, the good news is that you will not have to download a new app. According to the blog, one simply needs to ensure they have the latest version of Duo on their device, which will be updated to Google Meet once the changes start rolling out.

The post adds that the changes will impact admins for G Suite accounts and end-users. “We’re committed to making the transition from Duo to Meet as smooth as possible. Admins will receive an email detailing the impact on their organization,” Google notes.

Google will also add some new features to the Duo mobile app starting this month. These include the option to customise virtual backgrounds in calls and meetings, schedule meetings, in-meeting chats, and live sharing of content similar to Google Meet. Google also plans to add “real-time closed captions to better support accessibility” and will increase the participant limit from 32 to 100 for Duo.

Google Duo will also “integrate with other tools, including Gmail, Google Calendar, Assistant, Messages and more,” adds the blog.

Meanwhile, IT admins who manage G-suite accounts for business users can manage Duo video calling access by “features by turning off the Additional Google services control.” This applies only to Duo video calling features, but will not impact Meet functionality.

For those admins handling school accounts, Duo remains restricted for anyone under 18 and no settings need to change. However, the post notes that “if you have the Additional Google services control enabled, users over 18 will continue to have access to Duo calling features.”

Regular users just need to make sure they have the latest version of Duo to get all the latest features. The changes will come to all Google Workspace customers, legacy G Suite Basic and Business customers, and all users with personal Google Accounts.

Google Meet is the company’s answer to Zoom. It lets G-Suite users (aka the business and enterprise users), as well as personal Gmail users, set up and host their own video calls.

Previous articleiQOO Neo 6 becomes No. 1 best-selling smartphone on first day of its launch
Next articleSonos launches Soundbar ‘Ray’ for a theatre-like sound experience