How Esports is Different from Fantasy Gaming and Real Money Gaming

There is a wide misconception in India that igaming/egaming (real money gaming) is the same as esports, infact the confusion extends into sports fantasy as well. In India, over the course of 2020 with COVID-19 lockdown in place, we saw a boom in digital entertainments mainly real money gaming and esports. These developments have led to growing concerns that the structural boundaries between real money gaming (i.e., fantasy, teen patti, rummy, poker, gambling, betting, online gaming, casinos, lotteries etc.) and esports may potentially become indistinguishable, if not addressed now.

It also comes down to the conventions of naming (or nomenclature), and generational differences, the confusion of what new words mean, and finally the unpopularity of etymology in modern times. 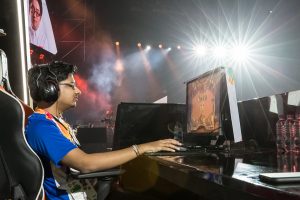 The term gaming refers to the act of playing video games, while the term igaming was created to cover “online betting of real-world events with real world currency”. igaming refers to internet for-profit games such as online poker, online bingo, online casinos, sports betting and lotteries.

Gaming on the other hand, is a formalized expression of play. Games can come in different types and genres; they can involve social play or role-playing, they can comprise board games such as Monopoly or Scrabble, they may include video games which are played on a game console (e.g., Call of Duty, Need for Speed-which is a car racing game, FIFA-simulation game for football etc), or may come in the form of electronic/digital games played via a computer or smartphone (e.g., Candy Crush Saga).

India is the only country where we are seeing this confusion in regards to esports and online gaming. People in India are ignoring the well-established definition of “esports” and many are coming up with their definitions as per their own narrative and benefit. In line with the established definitions for “esports”, Esports Federation of India has also given the definition for “esports”. Let’s analyze the distinction between esports and real money gaming and why it’s important to tell them apart.

Fantasy Gaming: Online Fantasy (Sportsbooks): Players bet on sports from their homes or on their mobile devices, online bookmakers as an easy way to get access to sports betting around the clock. Fantasy has a major element of betting which comes in when you pay money to register your virtual team for a contest with other virtual teams. Here the winners gain money from the losers, with the platform taking a cut. Courts have so far ruled that picking a fantasy team involves strategy, and so it doesn’t come under the purview of gambling, like in a card game or roulette that’s based more on chance.

Real Money Gaming: It means the offering, distribution, advertising, promotion and sale of any type of game played via online media in which real money is wagered on the outcome of the game. 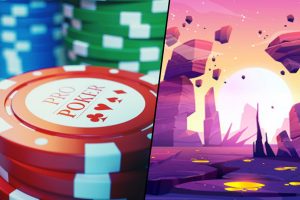 Fantasy gaming has also been confused with esports, mainly due to some amount of skill involved in this virtual space of competition based on real sports. The main ideology between gambling is it being a game of chance, while esports is purely a game of skill. Thus, many older people and the gambling industry ‘mistake’ esports and (real money gaming) igaming/egaming.

Esports and how it is Different

Esports managed to go from nearly 385 million views to an impressive 454 million over a period of one year in 2019. This kind of rapid growth for an industry had a great influence on making it an inviting field for the gambling industry to have an incentive to be recognized under the same umbrella term.

Esports is a sport, and has been recognized by several countries. India won a bronze medal in Asian Games2018 where esports was a demonstration title and will be a medal sport in the upcoming Asian Indoor and Martial Arts Games2021 (Thailand). Esports has now been included in Asian Games 2022 as a proper medal event and once the game titles are announced, we will start getting our teams ready; last time we got Bronze and this time we have to get Gold.

Olympics have also recognized esports as a sport and have recently launched Olympic Virtual Series.

Basically, it is competitive video game playing, coordinated by different structures and leagues, where players participate in group gaming competitions. Viewers can watch professional gamers compete against each other in a variety of games.

There are only select genres of video games which fall under esports, these are:

Esports tournaments can be held online and/or offline or both.

Esports communities have evolved with esports also becoming a spectator sport. Whether engaging in esports for the competition or for fun and entertainment, esports have garnered a huge following via online streaming platforms such as Twitch, Facebook and YouTube.

Skill in Esports or why Esports is a Real Sport

The rapidly-growing phenomenon, which has skill involved in mastering a video/online game, has led to the professionalization of esports. There may be motivational differences between casual/recreational players and those seeking high levels of competition.

Just like any athlete, esports athletes have trained their body and visceral reactions in the competitive environment. Though to someone who does not know what is happening, it might seem like the esports athlete is just mashing buttons, but the perceptual acuity of first-person shooter play, for example, where their knowledge of game maps and weapons meet interpretive wok in elaborate hand eye coordination can leave the average players head spinning it, they were to face them in the game. At the topmost level, embodied skills must be naturalized to a degree that its unconscious in order for true mastery occurs.

It requires years of commitment and dedication to reach the level of a professional and still be beaten by someone who’s practiced more. The same way traditional sports shape embodied actions, with constant and rigorous practice, esports players exhibit physical-technological skills within larger team concepts all with practice and intensive routines.

These factors clearly embed esports as a professional sport, even the level of luck involved is no different from the traditional sports. While gambling or real money gaming depends largely on luck and very little to no skill involved, pairing the 2 together is in a way disgracing and resenting to acknowledge the skill of these pro esports athletes.

The blurry lines between esports and real money gaming are causing redundant problems to the esports community. Last year, the Andhra Pradesh government on September 4 had declared online gambling activities illegal and blocked 132 websites, along with EA games website, Miniclip games and Zapak. EA games have the popular esports title FIFA series under its belt, while Miniclip’s website offers a choice between hundreds of flash games that can be played on the browser. Both the sites are no way involved in money related activities.  Such unfortunate mishaps can be avoided by understanding the differences. 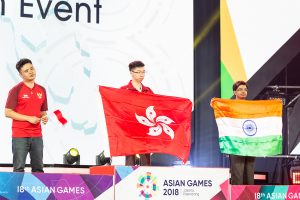 While the community does what it needs to be done, the government recognition of esports as a sport is must, but we are very optimistic it will happen soon, the government is also opening up, it was in 2019 that SEPC (unit of Ministry of Industry & Commerce) along with ESFI did “Nations Cup” an  international esports championship, which was India’s first esports backed fully by the government; recently esports was also part of the starred questions in Parliament on 4th Feb, 2021 and the Ministry of Sports tabled its reply in which they said “esports is an emerging platform for the youth population in the country. There are large numbers of esports enthusiasts in our country. It is included in Asian Games 2022 as a medal sport discipline but not yet included in the Olympics.

Esports is different from gaming or igaming and gambling, etc. as former is skill based while the latter are chance based; these are good signs for our esports ecosystem.

The esports community wants and requires esports to be recognized by the government as a sport in India, to gain the benefits and support that any sports community and athletes would receive, these misconceptions are hurdles towards that goal. Currently, esports in India is considered as an entertainment and not a sport, the government is yet to recognize it as a sport. Esports athletes, organizers and everyone involved end up paying a 35% entertainment tax because of this, whereas the sports tax in India is at 20%.

The esports community wants and requires esports to be recognized by the government as a sport in India, to gain the benefits any sports community and athletes would receive. This itself hampers the growth of esports in our country in a significant manner, as players don’t get benefits like any other sports; be it training, wellbeing, job security (sports quota). Esports is growing, and we need to establish a wider wireframe to support the ecosystem so that new skilled esports athletes can grow from all over India and we can win many Gold medals for India.

The Ministry of Sports should immediately recognize esports as a sport like our neighbouring countries such as Sri Lanka, Pakistan and Nepal have done.