Republic of Gamers (ROG), a premium sub-brand of Asus, has announced the launch of its ROG 5s series in India. The company has introduced ROG Phone 5s and 5s Pro as the latest upgrade to its ROG Phone series.

The ROG Phone 5s series is fuelled for winning by the flagship Snapdragon 888 Plus 5G Mobile Platform, featuring advanced 5G capabilities and premium Snapdragon Elite Gaming features. The processing power is complemented by up to 18 GB of fast RAM. The optimized and upgraded GameCool 5 cooling system with AeroActive Cooler 5 (fan accessory bundled with ROG Phone 5s Pro only and optional for ROG Phone 5s), and the performance manager in Armory Crate ensures maximum performance is available for any gaming scenario.

Dinesh Sharma, Business Head, Commercial PC and Smartphone, System Business Group, Asus in India said, “We are constantly innovating and aiming to provide only the best and premium features in our Ultimate Weapons for Smartphone Gaming i.e. ROG Phone, to our ROG community. We are thrilled to launch two new additions to the ROG family – ROG Phone 5s and ROG Phone 5 Pro to upgrade the cutting edge capabilities we offer for the mobile gaming ecosystem.”

Arief Mohamad, Senior Director – Mobiles, Flipkart said, “At Flipkart, our constant endeavour is to make the best products with the latest technology accessible to every customer across India and our partnership with ASUS India is in line with this. With the launch of the ROG 5s series, we are bringing a superior experience to a wider community of gamers, as we continue to cater to growing premium smartphone needs.” 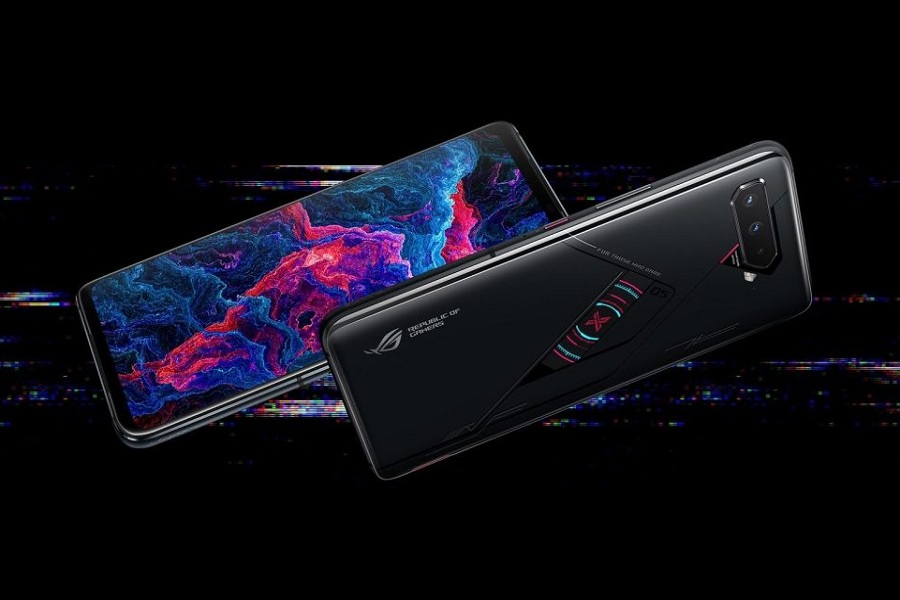 ROG has also teamed up with some of the most popular game titles to give ROG Phone 5 and 5s series owners a collection of different theme packs[ii] that they can use to turn their ROG Phone into a truly unique gaming device.

For those who dare

To enable maximum sustained performance, the upgraded GameCool 5 cooling system in the ROG Phone 5s series has an optimum thermal structure featuring a centered CPU with the battery split into two parts, one located on each side of the CPU. This ensures that the heat generated by the CPU is transferred to all the edges and corners of the chassis simultaneously for higher thermal efficiency. The re-shaped 3D vapor chamber and extensive graphite sheets also help to spread the heat evenly across the device to reduce heat build-up in the middle. The AeroActive Cooler 5 intakes and expels an incredible amount of air directly onto the centre of the phone — right where the CPU is — to deliver an amazing up to 10°C drop in the CPU temperature.

The performance manager in the Armoury Crate app includes our famous X Mode, with multiple system profiles to give gamers even more performance settings and performance tuning tools, so they can instantly adapt the phone to the task at hand.

The ROG Phone 5s Pro additionally features a colour version of ROG Vision, the unique rear display that highlights the ROG creative spirit. ROG Vision can display a variety of cool animations that show you whether ROG Phone 5s Pro is charging, if there’s an incoming call, whether X Mode is enabled and more. Gamers can even create custom animations to make their phone even more personal.

Total control is the name of the game for the ROG Phone 5s series, and the AirTrigger 5 control system gives gamers distinct ways to interact with their ROG Phone 5s or 5s Pro, delivering an unrivalled level of game control. The AeroActive Cooler 5 also features two extra physical buttons to allow a genuine console-like gaming experience. 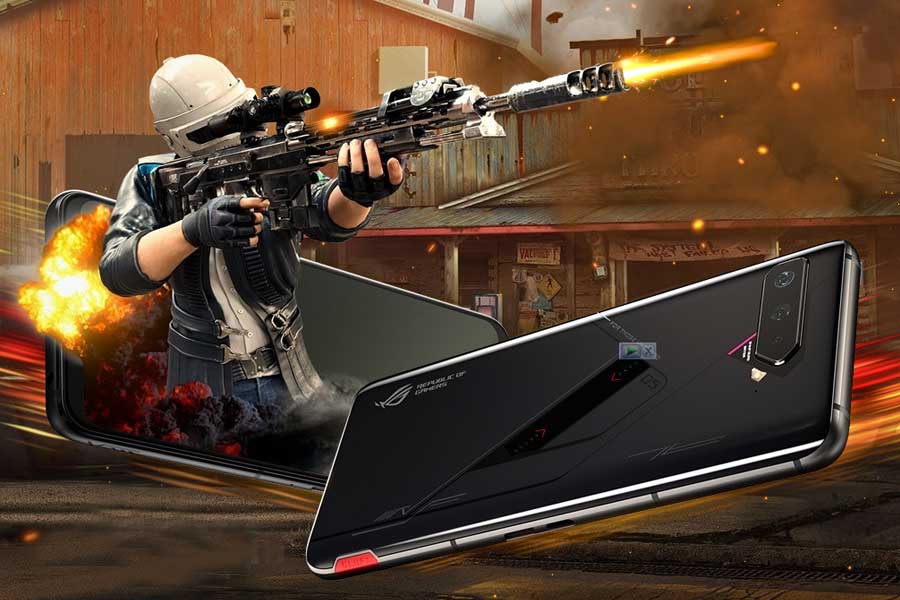 Additionally, the ROG Phone 5s Pro features innovative hidden rear touch sensors on the back cover, which provide L2/R2 trigger functions, just like a game console controller. These can be controlled with the AirTrigger 5 system, and work in conjunction with the ultrasonic sensors, the AeroActive Cooler 5 buttons, and the motion controls to provide full control for a total gaming experience with up to total of 18 offscreen programmable game controls. 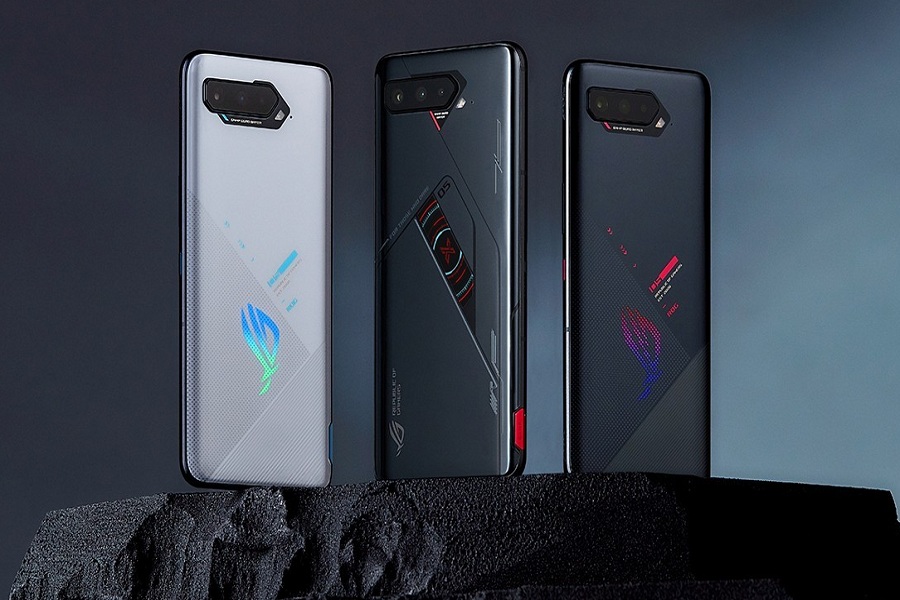 The ROG phone 5s series features multiple antennas to ensure you’re always connected to the internet with maximum speed and fidelity no matter how you hold the device to game, vertically or horizontally. To also ensure you’re connected to the fastest mode of internet, the ROG Phone 5s series features the amazing HyperFusion. It allows the ROG Phone 5s to automatically choose the fastest internet connection and for apps that allow multiple connections, Hyperfusion can also connect to both 2.4Ghz and 5Ghz Wi-Fi channels at the same time, or it can combine both the Mobile data and Wi-Fi together increasing your internet connectivity speed.

The ROG Phone 5s series comes with a 64MP Flagship Sony IMX686 sensor main camera, offering you up to 8K Pro video recording, Pro mode for Photos and videos, and Superb Night mode performance. It also has a secondary 13MP camera to capture ultra-wide angles and offers a HyperSteady video-recording feature. And lastly there’s the 5MP Macro camera for when you want incredibly close-up detail. For superior selfies, the front camera is a 24MP camera that can shoot 4K as well. 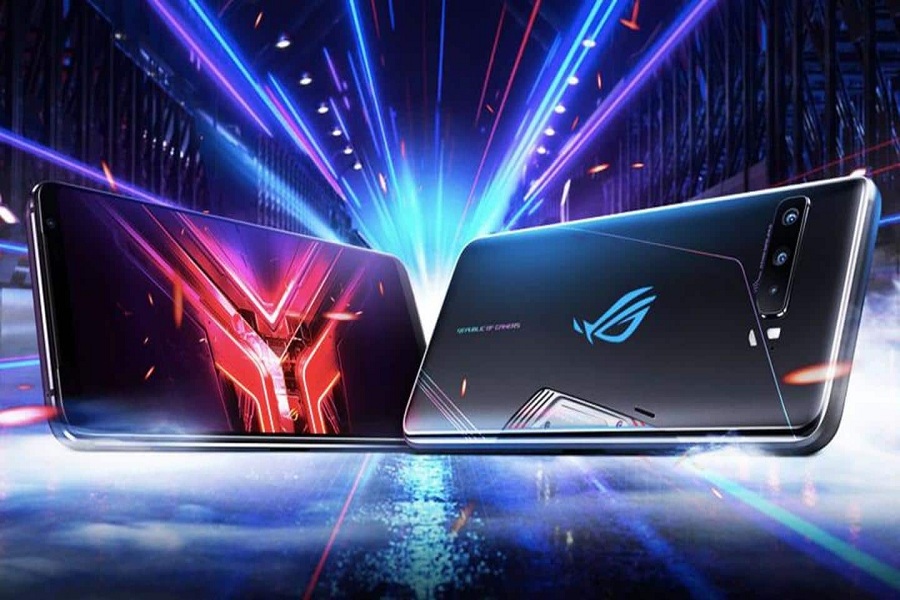 Gamers love to use characters and screens from their favourite games to show off their style. Asus has teamed up with some of the most popular game titles to create a series of different theme packs that owners can use to turn their ROG Phone 5 series or ROG Phone 5s series into a truly unique phone.

With the aim to identify and develop budding gaming talent in to professional eSports talent, Asus ROG has associated with New State Mobile by Krafton (PUBG New State) on the occasion of the launch of ROG Phone 5s series, for ROG League of Champions, open to all eSports Tournament. The registration for this tournament will start from February 15, 2022 and will see more engagement for the gaming community. Gamers will have a chance to win prizes worth 10 lakhs and more. Top three teams will be equipped with the most ultimate weapon – The ROG Phone 5s, and will be provided with the best-in-class guidance to develop as Pro eSport teams by the top eSports champions in India.

Asus ROG Phone 5s and 5s Pro will be available from February 18, 2022 in India on Flipkart.