The iOS 15 started rolling out to iPhone users starting from September 20, 2021 in India. Earlier this year, the Cupertino giant first announced the new software versions at the WWDC 2021 Event and introduced some notable features like SharePlay, redesigned Safari browser, Focus Mode, Live Text among many others. The iOS 15 update also brings in new privacy and security features. Apple says, “iOS 15 brings amazing new features that help you connect, focus, explore and do even more with iPhone.” Here’s all you need to know about the iOS15 update.

Hitting the promised launch date of Apple, the iOS 15 update was out in India on September 20, 2021 at 10:30 pm IST. While iOS 15 was announced in June on WWDC Event 2021, it went through significant changes until it was finally unveiled. The update focuses on three aspects – finding focus with connectivity, staying connected, and privacy. On 27th October 2021, Apple also released its iOS 15.1 update, which is the first major update of the company since iOS 15.

Rather than changing the whole outlook, iOS 15 focuses more on improving the overall usability of the iPhone. It introduces new features for FaceTime calls, added privacy features, tools to reduce distractions, a new notification experience, maps, weather and many more. Here’s a summary of the biggest enhancements of this software update. 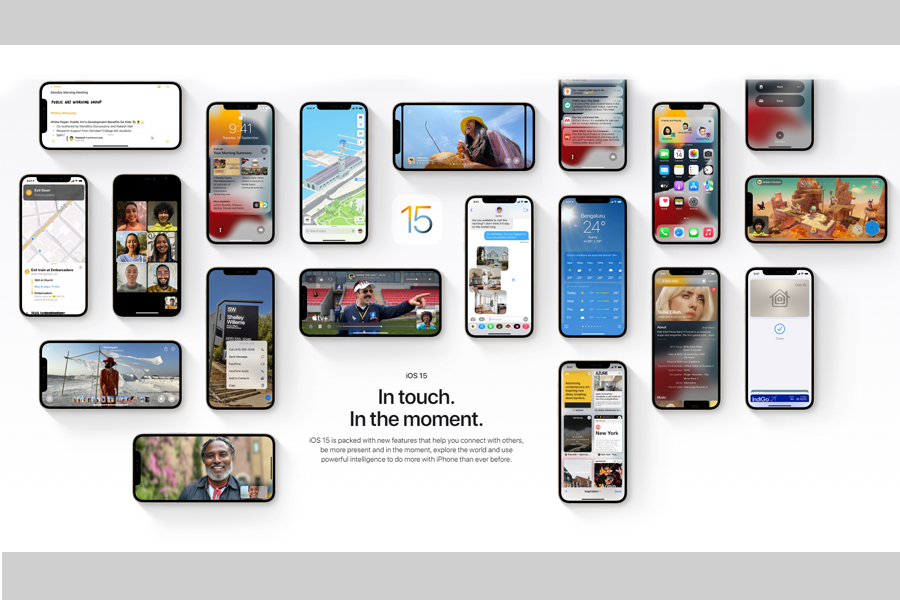 In iOS 15, Apple has brought new features to FaceTime. You can do a FaceTime call with your friends and family outside of the Apple ecosystem. The update also comes with Live Text, Focus, Privacy Relay and Mail Privacy Protection. To bring in more ambient sounds, the popular video chat is getting spatial audio to make sound feel more natural, also voice isolation using machine learning and wide spectrum. 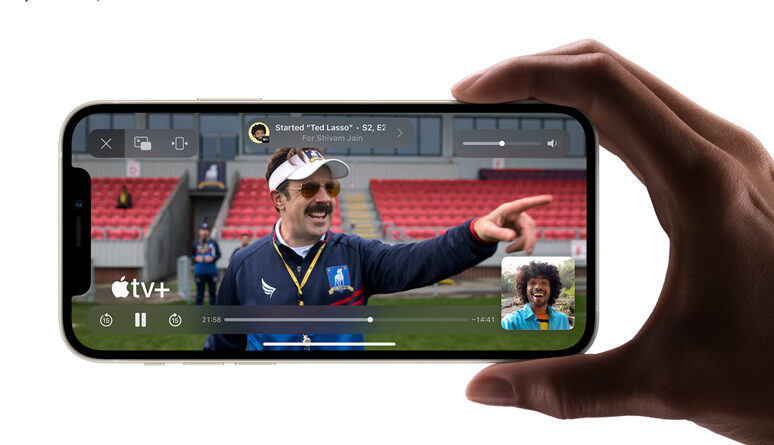 In iOS 15, SharePlay is new feature to share media experiences with your friends and family. If you are quite social and like to share videos, music and the screen of your device, SharePlay is a new way to communicate in lieu of screenshots. Users can also extend SharePlay to an AppleTV, which is helpful especially for a movie.

Notifications in iOS 15 will be sorted into a deal-with-it later category, and conversations will surface first. The look and feel of the notifications pane has received a slight face lift to look a bit more modern. Another feature for Notification Summary is Focus, which recommends you to let you know of certain apps, dependant on your calendar and even your location, on your lock screen.

In iOS 15, the web browser of Apple has seen a big redesign, with extensions being carried over from macOS, to the iPhone. The address bar is now at the bottom, closer to your thumb, Apple notes — and it disappears as you scroll. The idea is to make the browser easier to operate with one hand. There is also a new home screen, which you can customize to your liking and even choose your own photos.

It is getting some improvements with CarKey gaining U1 support, which allows you to unlock your car, or even open your trunk. With Wallet, there is also the ability to enter your workplace or home, and soon, hotels such as Hyatt will be enabling this feature for iOS 15 enabled models.

Yes, The iOS 15 update can be downloaded for free and the software is available on all eligible devices over-the-air in the Settings app. It works with the iPhone 6s or later, both generations of iPhone SE, and the most recent iPod touch model. For those who do not want to update to iOS 15?, Apple has also released a 14.8.1 update that includes security updates.

How To Upgrade Your iPhone to iOS 15?

Users can set their iPhone to update itself automatically, or manually update it themselves. To download iOS 15, you don’t need to connect your iPhone to a computer. As long as you have an internet connection, you can download the update directly to your iPhone.

Here are the steps to download update and install iOS15 version on your iPhone:

Step 3: Your device will connect to Apple’s servers and prompt you to download and install the update

Step 5: Wait for the download to complete. When your device reboots, it will be running iOS 15 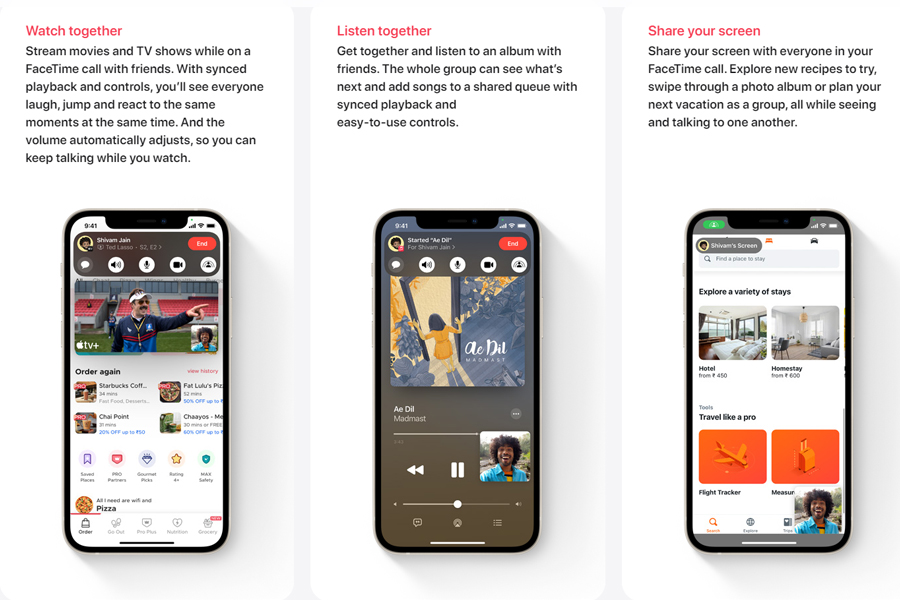 As the main section of Apple on iOS 15 states, the update works with an iPhone 6S and above. Here’s the list of iOS 15 supported / Compatible devices:

Issues and Problems After Upgrading on iOS 15 Version

While iOS 15 gives a fresh feel to your iPhone, there are a lot of issues with this software update. The current list of iOS 15 update issues and problems include some common issue. iPhone users are having trouble downloading and installing iOS 15. Also, we are seeing complaints about AirPlay issues, Touch ID & Face ID issues, UI lag, abnormal battery drain, Bluetooth problems, Wi-Fi problems, iMessage issues, first and third-party apps issues, a bug that’s deleted saved photos, CarPlay issues, freezes, lockups, and crashes. However, no matter when you upgrade to iOS 15, you will have plenty of new features to enjoy.

Is iOS 15 available in India?
As mentioned iOS 15 released on September 20, 2021. It is also available for download in India.
What iPhones will get iOS 15?
iOS 15 is compatible with iPhone 13 Series, iPhone 12 Series, iPhone 11 Series, iPhone XS, iPhone XS Max, iPhone XR, iPhone X, iPhone 8, iPhone 8 Plus, iPhone 7, iPhone 7 Plus, iPhone 6s, iPhone 6s Plus, iPhone SE 1st gen, iPhone SE 2nd gen, and iPod touch 7th gen.
How do I update my iPhone to iOS 15?
To download the iOS 15 update, go to Settings > General > Software Update. The download has a file size of about 1.4GB.
What is the latest iOS version?
The latest version of iOS is 15.1 which got released on October 27, 2021.
Does iOS 15 go through your photos?
iOS 15 brings audio and video enhancements to FaceTime, including spatial audio and portrait mode. Shared with You resurfaces the articles, photos, and other shared content from your Messages conversations in the corresponding app.
Is it bad to not update iOS?
Your iPhone and your main apps should still work fine, even if you don’t do the update.