Graphene, the wonder material is considered the world’s thinnest as well as the strongest material. It is one million times thinner than a hair strand, in fact owing to the same, it is considered two-dimensional. Graphene is also believed to be the best conductor of heat and electricity. One-atom thick sheet of carbon atoms arranged in a hexagonal structure make graphene, and due to its various attributes, the material finds utility in a wide range of industries including cellular. The material is appropriate for many uses in our day to day lives which are incomplete without a smartphone. Let’s have a look at some of them.

To prevent heating in smartphones: One issue that most smartphone users face is excessive heating of the phone when in use for extended hours. The usage might vary from being on calls to using apps to learning to gaming. The heating of the phone might be caused by faulty hardware or software glitches and the parts that get the heated most are the CPU and screen. Now if graphene, which is an excellent conductor of heat, is used on the upper layer of the CPU, it will resultantly be distributed across all components of the phone, preventing one specific part from getting more heated. 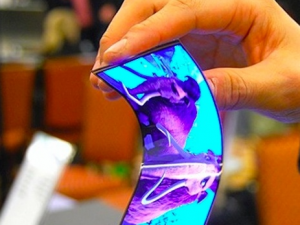 Thinner touch screens: Graphene can be used to develop resistive touch screens, which are extremely thin as well as unbreakable. Such screens would add to the virtues of smartphones, tablets as well as laptops. According to a finding by the American Chemical Society, if these screens are used on thin plastic rather than glass, they would be more lightweight and compact. In South Korea, the first touch screen panel based on graphene has already been developed.

Extending battery life: Increased electrode density, faster cycle times and enhanced lifespan are some of the most significant benefits of a graphene battery. A lot many tech-powered innovations are currently underway with regard to batteries made out of graphene. As a matter of fact, the first set of such batteries have already been introduced in the US earlier last year. While a normal battery lasts around 600 charge cycles, a graphene battery can last over 1,500 charge cycles. Even as the regular batteries take 90 minutes on average for a full charge, graphene batteries take just around 20 minutes. 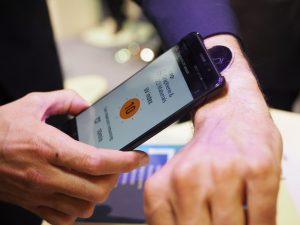 “Graphene has proved to be a game-changer in the research and development of nanomaterials. Its dynamic nature and wide properties give unprecedented advantages to all industries from textile to those manufacturing airplanes to those developing medical sensors. In fact, several companies from across the world have conducted research of graphene-based products that would aid in the fight against Covid-19,” says Vikas Bardiya, who is the founder of Nanomatrix Materials, one of the few Indian companies that deal in manufacturing and integration of the wonder material into different applications.

Indeed, the benefits and scope of graphene as a material are endless. Now it is up to the researchers and developers to dwell into the various aspects of the wonder material and ensure that mankind gets the maximum benefit of graphene.