It follows your head movements to make it feel like the sound is coming from the screen by changing the left and right sound volumes of the earbuds. While, spatial audio with dynamic head tracking brings theater-like sound from the movie or video you’re watching, so that sound seems like it’s coming from all around you.

However, experts reportedly claim that despite the addition of 360 Audio, Galaxy Buds 2 earbuds will not be able to beat Apple’s spatial audio. Citing the reason, they believe that 360 Audio is nowhere around the perfect, and lacks the more full-bodied spatial audio experience.

Comparison between 360 Audio and Spatial audio

It might not be fair to compare 360 Audio offered by Samsung with Spatial Audio by Apple. Despite similarly priced, the AirPods Pro is considered the best as compared to the Galaxy Buds Pro. The 360 Audio is not quite up to at par with Apple’s (or even Sony’s) spatial audio features.

Despite an incremental improvement to sound quality, it is believed that Samsung Galaxy Buds 2 will not be able to offer any substantial benefits over the Buds Pro, aside from being cheaper.

The Galaxy Buds2 offers deep bass to clear treble through two-way dynamic speakers. It gives you well-balanced sound quality that enriches every moment of your audio journey.

With three microphones and a built-in voice pickup unit help you make clearer calls, while a machine-learning based solution filters unwanted sound so you can better share your world with family and friends. To minimise wind disruption and make your outdoors calls come in clear, Galaxy Buds2 offers low protrusion design. 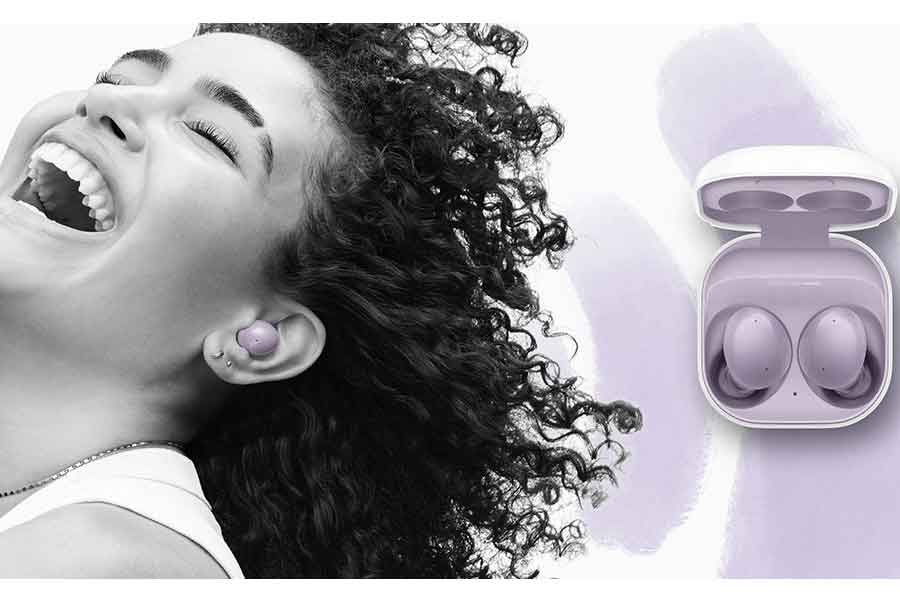