There is a tremendous potential in satellite communications, says ISpA Director General

With satellite communications gaining importance like never before, Indian Space Association (ISpA) – launched by Prime Minister Narendra Modi in October last year – has a great role to play in making this a success. ISpA aspires to be the collective voice of the Indian Space industry and undertakes policy advocacy and engage with all stakeholders in the Indian Space domain, including the government and its agencies, to make India self-reliant, technologically advanced and a leading player in the space arena. Lt. Gen. AK Bhatt (Retd.), Director General, ISpA, in a conversation with Ramesh Kumar Raja, elucidates how India is becoming a huge potential market for the co-existence of multiple space/satellite players to do business here, which would eventually mean the growth of satcom services as well as the space economy in the country. Excerpts:

Although satellite communication systems have been around for some time, a lot has changed recently. How do you look at this development?

These new LEO satellites have the ability to reach the remotest of areas where terrestrial communication or internet services have not yet reached. They also provide low latency, high speed services to the users. These applications have the possibility to revolutionise the entire communication systems. 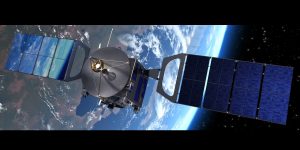 Companies such as Starlink, OneWeb and others are prepping for the big fight in satcom services. Where do you see this revolution going?

India is a huge potential market for the co-existence of multiple space/satellite players to do business here, which would eventually mean the growth of satcom services as well as the space economy in the country.

We see tremendous potential in satellite communications, and all participants must work together to help this technology achieve its maximum capabilities and revolutionize the communication infrastructure in the country. Satcom will help in connecting the one connected and overcoming the digital divide. The DoT has recently signed the first license agreement for satellite broadband With OneWeb and the satellite company has plans to commence satcom services very soon.  Also, OneWeb has signed an agreement with the NSIL, the commercial arm of ISRO to launch its satellite constellations from India. These historic landmarks in the journey of making India a global space hub and increase its share which is currently 2.6% in the global space economy.

Also Read: Satellite communication to be the next (r)evolution in the broadband space: ICRA

Satcom tech is comparable to terrestrial 5G services in terms of speed and latency. Is it so?

GEO based services in Satcom had the disadvantage of speed and latency. The constellation of satellites in the LEO orbit provide better speed and far lower latency making the users experience seamless even in far flung areas. As things progress, the LEO satellite providers claim that they would be able to provide comparable capacities and speed.

Satellite connectivity complements mobile network connectivity. What will be its use cases in time to come? 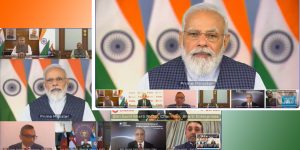 What’s your take on the TRAI’s recent recommendation that calls for co-existence of satellite communications and IMT?

However, we are of the considered view that including all available spectrum in the 24.25-28.5 GHz bands along with low and mid bands in the auction is a case of oversupply to terrestrial telecom at the cost of the satellite industry. The 24.25-27.5 GHz bands along with 3.3-3.67 GHz band would be more than sufficient for 5G. Therefore, in line with the global best practices, the 28 GHz band should be allocated exclusively for satellite communications for future growth of the Space industry and in order to fulfil Hon’ble Prime Minister’s vision of making India a major player in the global space domain.

Can you please tell us about the role of ISpA in taking the satellite communication to the next level?

ISpA has already been involved in discussions with the Department of Space around the New Space Policy and given its recommendation on behalf of its members. We look at it as a positive policy which will have IN-SPACe as a single window for private industry to interact with and also be a stepping stone for the launch of satcom and other private space services in India.

ISpA’s objective is to advocate and facilitate private and public sector engagement, growth, and capacity building in India’s entire space domain. We are working with the Indian government, regulatory entities, and national and international organisations to achieve this goal along with other stakeholders, and participate in formulating effective, efficient and appropriate policies and regulatory frameworks for ease of doing business and policy stability.

What are the challenges you foresee for in India where satcom has a very long way to go in order to compete with telecom?

The space policy encompassing spacecom, remote sensing and other critical areas is in the final stages within the government and will be introduced this year. This will also be followed by the Space Activity Bill. With the Policy and Bill in place, we are positive that the space sector will experience an enormous boom with private players being a big part of India’s new space journey in all domains, be it upstream, mid-stream or in satcom, remote sensing and other downstream applications.

Presently, satcom may be marginally expensive in comparison with terrestrial communication. However, with its inherent ability to reach the remotest area, combined with economy of scales will make it a viable and desirable option in the future.