Tech NewsWrap: Realme 9i launch in India today… and more 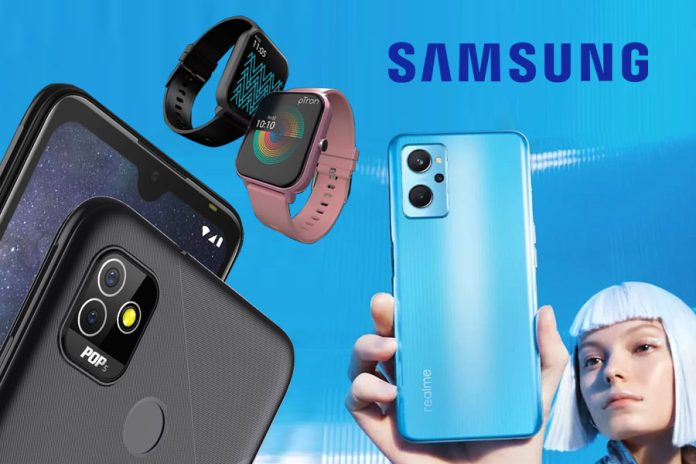 Realme 9i launch in India today

Realme 9i is all set to launch in India today at a virtual event. It will be launched as a budget mid-range smartphone from the Chinese manufacturer at 12:30 PM IST on the company’s Facebook and YouTube channels. The phone comes with a Qualcomm Snapdragon processor, a 90Hz display, and more. It is not known as to how much the device will be priced in India. In Vietnam, the Realme 9i was released at a price of VND 6,290,000 (roughly Rs 20,600) for the lone 6GB RAM variant with 128GB internal storage.

Ptron has unveiled its Ptron Force X11 smartwatch in India that comes with Bluetooth calling. The newly launched smartwatch sports a 1.7-inch square display wrapped in a metal body and thin bezels on all sides. Ptron also touts the smartwatch as a budget-oriented fitness wearable and features blood oxygen saturation (SpO2) monitoring, heart rate monitoring, and blood pressure, sleep tracking, and seven sports modes. Ptron Force X11 has an introductory price of Rs 2,799 and is available to purchase exclusively on Amazon.

Samsung has introduced its new in-house mobile processor for smartphones – the Exynos 2200. It is the first mobile system-on-a-chip to include a GPU with AMD’s RDNA 2 graphics architecture that enables features like hardware-accelerated ray tracing. The collaboration with AMD has been long in the making. The two companies first announced a licensing deal in 2019, then AMD confirmed last year that Samsung’s ‘next flagship mobile SoC’ would use RDNA 2. The South Korean tech giant recently teased an announcement event for the Exynos 2200 that was supposed to take place on January 11 this year, but it was mysteriously delayed.

Also Read: Vivo to provide smartphones worth Rs 10 lakhs along with a cash award of 1.5 lakhs to support the education of 100 students

Previous articleVivo to provide smartphones worth Rs 10 lakhs along with a cash award of 1.5 lakhs to support the education of 100 students
Next articleEsri India partners with AGNIi (Invest India) to roll-out ‘GeoInnovation’