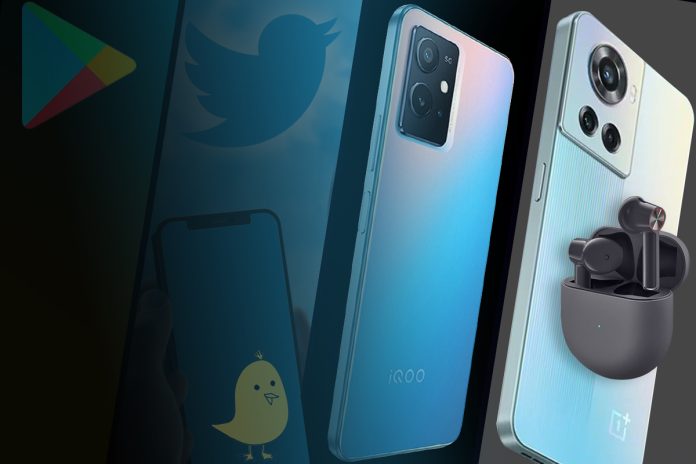 iQOO has finally unveiled its latest smartphones- iQOO Z6 Pro 5G and iQOO Z6 4G in India. Both the smartphones come packed with powerful Snapdragon processors, fast-charging support, and AMOLED Display panels. The Z6 Pro 5G packs a 90Hz refresh rate and 12GB of massive RAM. The phone also incorporates superior vapour chamber liquid cooling. On the other hand, the Z6 4G features 180Hz touch sampling paired with a 60Hz refresh rate. The Pro version of the series is currently priced at Rs 23,999, whereas, the base variant is priced at 14,999. Both the devices offer two stunning colours. The Pro variant has two colours Legion Sky and Phantom Dusk colours and the base variant is available in Lumina Blue and Raven Black colours.

Twitter-rival Koo comes up with new and improved search features

While Twitter is in the process of changing its ownership, Koo is making difference in its features. The Indian microblogging software is revamping its app to reflect changes in looks and functionality. Both iOS and Android users have seen the changes. The new design is more of a user-centric approach. The platform’s UI has been improved and it is now smoother and easier to use. To make it simpler to display more information, Koo has deleted the left gutter area and stretched the material edge-to-edge. The change also seeks to eliminate noise and clutter, making the app seem cleaner. As a result, boosting the number of time users spend inside the app.

Priyank Sharma, Head of Design, Koo, said, “User delight is at the core of our brand philosophy. We constantly iterate, especially when it comes to our user interface, to provide our users with the best possible experience. We have already received great feedback from the community and this is just the beginning towards introducing superior browsing experiences on Koo.”

OnePlus will hold its latest launch event in India today i.e. April 28, 2022. During the event, the brand is set to launch its most awaited devices. One Plus also revealed that its latest flagship under the R-series will also be unveiled at the More Power to You Event. The OnePlus 10R will be the company’s first smartphone to feature 150W SuperVOOC fast-charging technology. This means that the 150W SuperVOOC charging technology can charge a 4500 mAh battery from zero to 50%. The event will go live on the company’s official website and YouTube channel. The OnePlus Nord Buds, the Nord CE 2 Lite 5G, and the OnePlus 10R launch event are also available to watch on the OnePlus India YouTube account. Users may also follow OnePlus India on Facebook, Instagram, and Twitter for live updates on all the new devices.

Google has announced that privacy labels will be added to the Play Store, providing consumers with additional information about the data gathered by Android apps. The change comes more than a year after Apple introduced similar labels for the App Store. They also inform customers about how much data apps gather. “We heard from users and app developers that displaying the data an app collects, without additional context, is not enough,” said Google. “Users want to know for what purpose their data is being collected and whether the developer is sharing user data with third parties.”

The functionality is currently available on the Google Play Store, and developers must complete the information on their apps by July 20th at the latest. The idea, as stated by both Google and Apple, is to provide consumers with better insight into how and why applications collect data, allowing them to make more educated decisions about the services they wish to use.