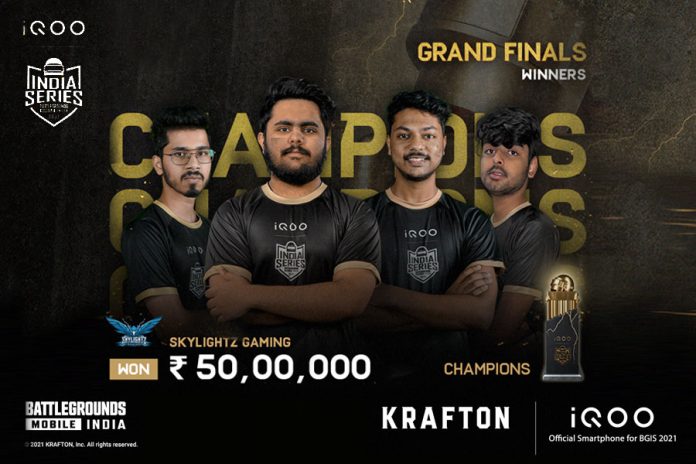 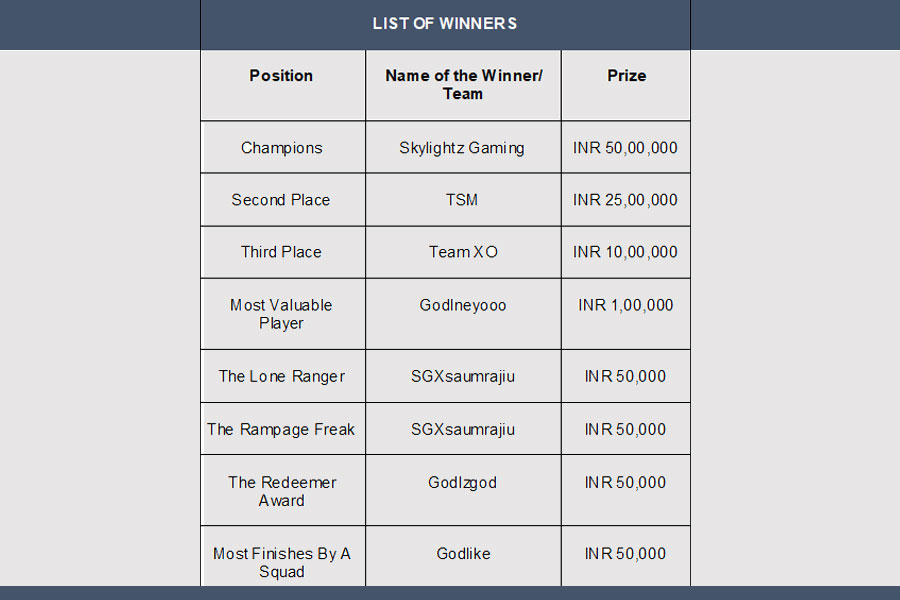 Also Read | PUBG: Battlegrounds is now free to play on all PC and Consoles

The enthralling grand finale which was spread across four days witnessed the top 16 teams deliver their finest gameplay skills to win the coveted title of the first ever Battlegrounds Mobile Tournament in India. The Final day of the Grand Finale brought in some unexpected results. TSM managed to secure second position, while Team XO who was in the first position till the third day swapped places finishing third.

The tournament received an overwhelming response from Battlegrounds Mobile India (BGMI) players and fans with 664K teams with A-lister teams such as Godlike Esports, OR Sports, Hyderabad Hydras, Revenant Esports, Reckoning Esports amongst others participating in the month-long championship. Esports enthusiasts showed tremendous interest in the tournament with the tournament receiving more than 199 million views on social media handles of Battlegrounds Mobile India and iQOO Esports official YouTube channel.

Wooyol Lim, Head of Battlegrounds Mobile Division says, “We congratulate Skylightz Gaming for showcasing utmost grit and superlative skillsets to win this tournament. Owing to their intelligent squad strategy, clever zone movement and ability to pick up a high number of kills, they have managed to supersede their competitors successfully. We also congratulate all other teams for their participation and fighting spirit. iQOO Battlegrounds Mobile India Series 2021 is a manifestation of our efforts towards making esports accessible to every gaming enthusiast in the country. We are happy and proud to have curated a world class tournament and look forward to many more such tournaments. We extend our heartfelt gratitude to iQOO for partnering with us in our vision and taking the initiative to grow esports in India.”

Krafton is committed to provide a global platform for Indian players to showcase their talent and nurture their skillset. The company is also striving to strengthen the e-sports ecosystem globally and in India. In line with this endeavor, Krafton recently announced the inclusion of Indian players to qualify for the official esports program of the 2022 Asian Games via Battlegrounds Mobile India. This will give Indian gamers the privilege and opportunity to compete at a globally recognized sporting event and create a mark in the fraternity.

The company is also taking several significant steps to promote safe and responsible gaming habits. Through the Game Responsibly campaign for BGMI (Battlegrounds Mobile India), the company aims to build awareness amongst players to cultivate safer and healthy gaming habits.