The January CES 2022 witnessed the announcement of Sony’s latest second-generation PlayStation VR with a PlayStation VR2 sense controller. With the VR2 announcement, Sony also revealed an exclusive game for VR2: The Horizon Call of the Mountain, based on Horizon Zero Dawn.

The VR2 is the rumoured next-gen hardware promising an exceptional gaming experience. It is expected to take Virtual gaming to new heights with overall immersion and a more lavish presence.

In a recent blog post at PlayStation.Blog and Twitter, Sony has revealed its first look and specifications. The design is really stunning and eye-catching with the aesthetic mix of Black and White.

Furthermore, the senior vice president of platform, Hideaki Nishino also expressed his excitement in a post saying “especially pleased to reveal the stunning new design” of the PSVR 2 headset, alongside “an update and final design image of our PlayStation VR2 Sense controller. 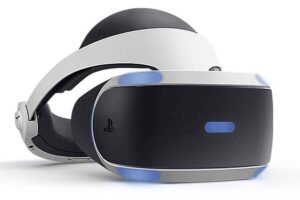 He also added that the controller shares a circle-centric design, giving a 360-degree view to players when they enter the gaming world.

The release dates for the Play Station VR2 is still in the dark as nothing has been declared yet. However, the platform seems to talk about the hardware a lot this year, so maybe we can expect the arrival very soon in this year only. 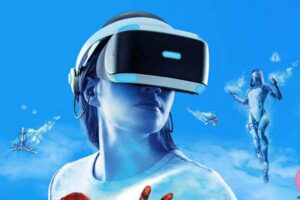 In the year 2020, the buzz about this upcoming hardware was very unclear as Sony gave many mixed signals to the users. In a statement, the CEO Jim Ryan also stated that the future of the platform was “more than a few minutes away”. However, after the reveal of the VR2’s design today, we can be rest assured that it’s finally happening!

The headset sports a huge display resolution with 2000×2040 per eye paired with an OLED display and HDR support. Furthermore, it has a view of 110 degrees with many unique features like eye-tracking and in-headset vibration. And, kind of a no-brainer thing, but the PS VR2 will run on PS5. 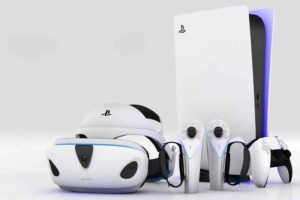 It also has additional features you might be familiar with, like the adjustable headband with adjustable scope and the same alignment for the headphone jack! It consists of many new features as well, like the lens adjustment dial for visual optimization. Using it, you can easily adjust the distance between your eyes and the lens. The design is also stunningly sleek and they’ve also reduced the weight for the same!

First look at the headset design for PlayStation VR2 pic.twitter.com/Ln583nfsBO

Additionally, it also features a vent design, developed by the senior art director, Yujin Morisawa, which is apparently his favorite part of designing the whole headset.

“When I started to work on the design for the PlayStation VR2 headset, one of the areas I wanted to focus on first was the idea of creating a vent in the headset to let air out, similar to the vents on the PS5 console that allows airflow. Our engineers came up with this idea as a good way to allow ventilation and avoid having the lens fog up while players are immersed in their VR games. I worked on many design concepts to achieve this, and in the final design, you can see there is a little space in between the top and front surface of the scope that contains the integrated ventilation. I am really proud of how this turned out and the positive feedback I have gotten so far. I hope our PlayStation fans will also agree, and I can’t wait for them to try it out.” Yujin Morisawa, Senior Art Director, SIE.

Sony has given a range of next-gen consoles running around the world with ease, making ways into people’s life. 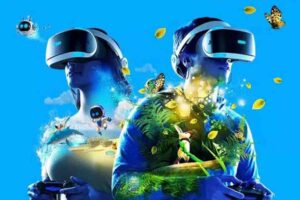 The latest VR2 sports a massive change in design as compared to its predecessors. Furthermore, it’s also offering enhanced controls with adaptive triggers and finger touch detection. It is definitely the time to leap into the future!