The special Dragon Ball Z-themed edition of the smartphone is expected to be launched alongside or a week after the launch of the vanilla Realme GT Neo 3T.

Powered by the Snapdragon 870 SoC and paired with up to 12GB of RAM, the rumoured edition of the Dragon Ball Z-themed smartphone is expected to feature a colour tone based on the Dragon Ball Z protagonist Goku’s outfit from the popular anime series. However, Realme is yet to confirm any details related to the Realme GT Neo 3T Dragon Ball Z variant. 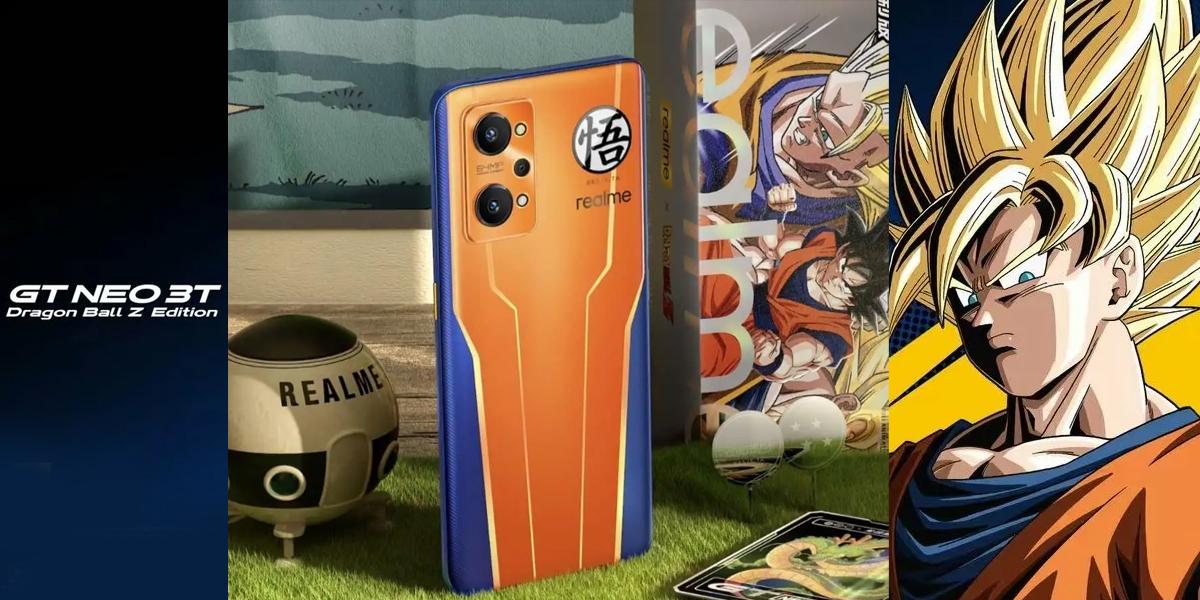 According to reports, Realme will also introduce the Realme GT Neo 3T in a special Naruto edition. However, the Naruto edition might not be available in India. The Naruto limited edition has been designed for anime fane. Earlier, Madhav Sheth, VP of realme, The President of realme International Business Group shared a picture on Twitter showing the phone.

The teaser post on Twitter confirms that the smartphone will feature support for 150W fast charging out of the box. The upcoming GT Neo 3T is speculated to launch as a rebranded Realme Q5 Pro that was launched in China.

In that case, the GT Neo 3T will have a Qualcomm Snapdragon 870 SoC. The processor is expected to come coupled with 8GB and 12GB of RAM. There will be 128GB and 256GB of internal storage.

The Realme GT Neo 3T is expected to feature a 6.62-inch full-HD+ E4 AMOLED display with a 120Hz refresh rate. It is expected to feature a triple rear camera unit including the 64-megapixel primary camera. Other expected specifications include a 16-megapixel selfie camera, up to 256GB of UFS 3.1 onboard storage, an under-display fingerprint sensor, and a 5,000mAh battery with 80W fast charging support.

Madhav Sheth posted latest pictures of the Realme Global Flagship store in Ahmedabad. According to Sheth, the newly inaugurated store has become the new hotspot in Ahmedabad for tech enthusiasts.

Previous articleMeet the Co-founder of India’s only multi-modal transit app that helps you with real-time public transport information and last-mile connectivity
Next articleGoogle Doodle today: Google honours the great Satyendra Nath Bose, Indian scientist and mathematician with an interesting doodle