Besides, as expected, Oppo is also coming up with its first-ever tablet called Oppo Pad, the images of which have been reportedly revealed by the handset maker.

As per the promo images that comprise hardware and accessories, the upcoming tablet from the house of Oppo features typical slab design having flat edges. There are symmetrical bezels all around the screen. The Oppo Pad is shown in Black and Light Purple colour options. 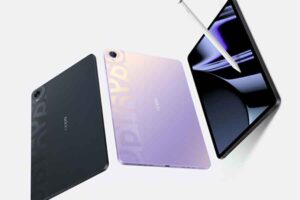 The tablet offers a fancy look, if we look at its back panel that also features random OPPO letters at the top. There is a single camera on the rear. It offers no notch on the display.

The tablet also offers Oppo Pencil stylus, akin to many other tablets trying to copy Apple’s iPad. The Pencil has flat edges and it can be charged wirelessly when attached to the tablet.

The Oppo Pad is reportedly powered by Qualcomm Snapdragon 870 SoC and it runs on ColorOS for Pad that offers many multi-tasking features.

The display offers a 120Hz refresh rate. The device is backed by a heavy-duty 8,360mAh battery. The tablet can be attached to a keyboard, which also doubles as a case.

If we look at it from the comparison point of view, the Oppo Pad looks like a competitor to the likes of Xiaomi Pad 5 launched in China recently.

Also Read: Oppo tests its devices against stricter standards than most companies in the industry, says India R&D head