Esports and mobile gaming platform Mobile Premier League is now valued at $945 million after raising $95 million in a Series D round.

The MPL gaming platform has over 60 million users in India and over 3.5 million users in Indonesia. With over 50 games across categories on its Android and iOS applications currently, MPL has worked with 28 game developers to publish their games on the platform and provide them with a new revenue stream.

The latest round was led by Composite Capital and Moore Strategic Ventures, with participation from Base Partners, RTP Global, SIG, Go-Ventures, Telstra Ventures, Founders circle and Play Ventures. The total capital raised by MPL since its inception in 2018 now stands at $225.5 million.

The pandemic-induced lockdown in 2020 provided a fillip to an already-booming esports industry in India and the world. MPL is at the forefront of democratizing esports in India and Indonesia, with initiatives such as the College Premier League (CPL), which was India’s biggest mobile esports festival. CPL saw participation from over 13,000 gamers and more than 100 colleges in India in November-December 2020, with Rs 1 crore in prizes and scholarships.

MPL will use this fresh influx of funds to expand its esports portfolio and bolster its efforts to organize more such esports tournaments nationally and internationally at scale. The funds will also be used to accelerate MPL’s international expansion this year. 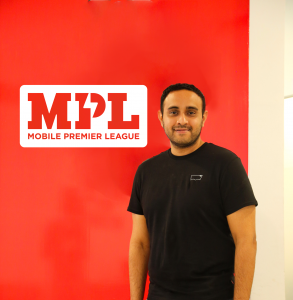 “As we grow our presence and expand, this fresh round of funds will help us focus on our core value propositions – a robust platform with the best features for gamers and onboarding the best esports titles. The esports community in India is thriving, and we believe this is the perfect time to take Indian-made games to the world as well as help Indian gamers get recognized for their talent,” said Sai Srinivas, Co-Founder and CEO, MPL.

“We are excited to partner with the MPL team and support their continued growth. As an industry leader in the gaming market, we believe the company will continue to innovate and drive the evolution of esports, both in India and internationally,” said Kanush Chaudhary, Managing Director, Composite Capital.

“As we double down on our investment in MPL, we are eager to see it increasing its international footprint and becoming a global leader in the mobile gaming and esports industries,” said Eduardo Latache, Partner, Base Partners.

“We are thrilled to have Composite Capital and Moore Strategic Ventures as new partners. Throughout the Series D process, we were impressed with their deep understanding of the mobile gaming and esports ecosystem. We look forward to working with them as we continue to build a global gaming business out of India,” said Joe Wadakethalakal, SVP, Corporate Development and Investor Relations, MPL.

Last week, MPL also announced raising $500,000 from existing employees under its Employee Investment Plan, which saw participation from 10 per cent of the company’s employees.