More importantly, the Motorola Edge 30 Pro is likely to be the most affordable Snapdragon 8 Gen 1 smartphone in the country. The phone’s microsite was discovered on Flipkart, indicating that it will be available today.

While Motorola has not given many details regarding the phone’s features, the majority of the Motorola Edge 30 Pro’s specifications have already been revealed. According to the rumour, the phone could be sold under a different name in the country than it was in China, where it debuted as the Moto Edge X30. 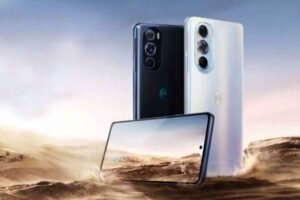 The Motorola Edge 30 Pro is said to come equipped with the Qualcomm Snapdragon 8 Gen 1 SoC along with up to 12GB of RAM. 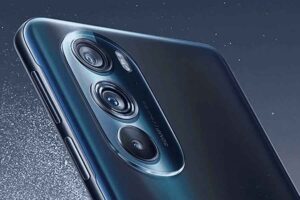 A triple rear camera set-up sports a 50-megapixel primary sensor, a 50-megapixel ultra-wide-angle sensor, and a 2-megapixel depth sensor could be found on the upcoming Motorola Edge 30 Pro. Up front, a 60-megapixel selfie camera might also be included.

According to speculations, the Motorola Edge 30 Pro would include a 5,000mAh battery that comes with a 68W rapid charging.