Itel has recently launched its new entry-level budget smartphone under its flagship Vision series – Itel Vision 2S – in the Indian market. It is an upgraded version of Itel Vision 2. The design of the phone is good and its big battery has been claimed to provide better backup. I got the review unit of Itel Vision 2S and used it for a month. Today, I am here to tell you whether the phone is really worth your money and whether you should buy it or not. Let’s know.

Removing the box of Itel Vision 2S, we are greeted with a section which include some contents like – Warranty Card, One Time Screen Replacement Card where users can avail of free one-time screen replacement of a broken screen within 100 days of purchase without paying any service charge. Then, there are some documentations and a protective case. We further have the device itself and the first impression is that it looks attractive and good. The color that I have with me is Deep Blue. Just underneath that we have the user manual which nobody reads, a USB cable and a 5W adaptor which I think is going to take a long time to charge.

At first sight, you will not find Itel Vision 2S to be an entry level phone as it looks great. However, it is quite bulky and difficult to operate with one hand. The phone has a plastic body and a stripe down has been given on the back panel below the triple rear camera with a brand name. A fingerprint sensor has also been given at the back of the phone. On the right side, there are power and volume buttons. There is a micro USB port on the bottom and the headphone jack on the top. 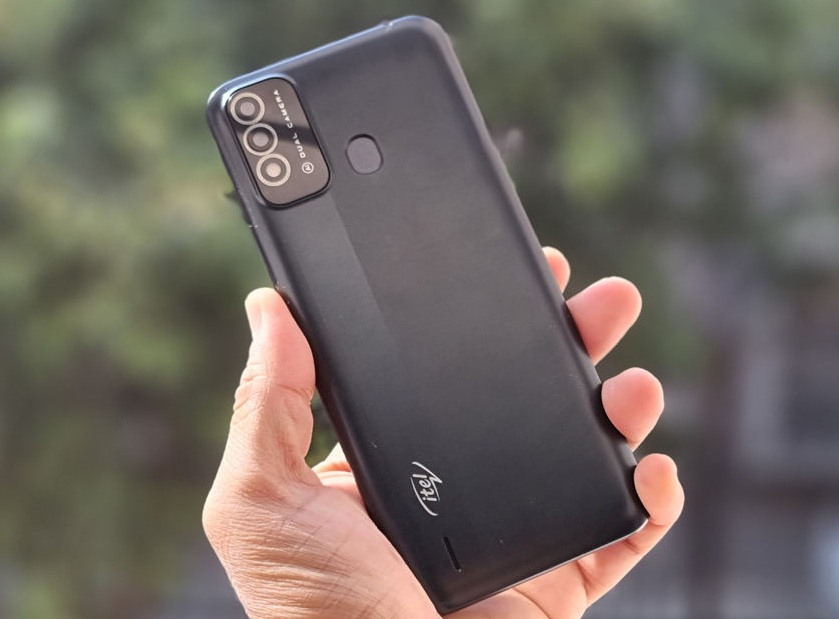 Besides, the back cover will need to be removed to insert the SIM card and memory card. There are separate slots for memory card and SIM card. On the back panel, there is a dual rear camera setup in one corner along with a flashlight. I got the Deep Blue color model for the review. But, the handset is available in two other gradient tones as well – Gradation Purple and Gradation Blue. 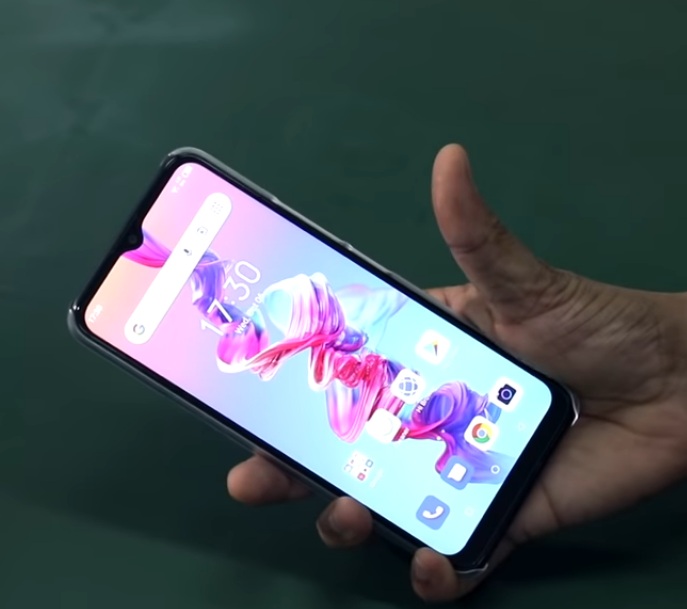 The Itel Vision 2S has a 6.52-inch touchscreen display with a pixel resolution of 720×1600. Its aspect ratio is 20:9. There is 2.5D curved glass on the display. To be honest, my viewing experience on the phone was pretty good. I even checked the video quality on the phone by downloading different OTT apps and watched full HD videos of YouTube. I did have some problem in sunlight, but we mostly live at home or office; therefore it can be ignored. The touch and scrolling is good as well. Overall, for its price, you get a good display. If you are fond of watching videos on the phone, then you are sure to like the display of Itel Vision 2S.

Itel Vision 2S is supported by Octa-core Unisoc SC9863A processor. The phone has 2GB of RAM and 32GB of onboard storage. These are the basic hardware specifications. The performance of this device is basic. While using the phone, I got a hang issue in multitasking. However, it was not much. But, the phone will only run smooth if you use only three to four apps at the same time, which is a big drawback.

Talking about its interface, it is quite clean. It doesn’t have too many pre-loaded apps. By swiping up the screen of the phone, you will be able to access the apps that you see by scrolling up and down. The Android 11 (Go Edition) has been given in the device. It provides satisfactory performance in daily tasks as well as low level gaming.

Also Read | iQOO Z5 Review: Good at everything and superb in gaming

Talking about the camera segment, the Itel Vision 2S has a dual camera setup with an 8-megpaixel main sensor and an accompanying VGA sensor, which is fine for basic photography. To be straight, the camera of the phone is not very good but you can definitely take basic photos.

The smartphone also comes with a 5-megapixel selfie camera inside the waterdrop-style notch. You will be able to click photos well in daylight on all modes, but you might not get good results when taking photos in low light. Colors are a little less in the photo, but according to the price, they will be called good. Coming to the phone’s camera features, it has been given Photo, Portrait, Video, Pano, Short Video, Low Light, HDR and Pro Mode.

Now on to the battery, which brings Itel Vision 2S’s strong point. The device boasts a 5,000mAh battery, which I must say is quite good according to the budget range. On a single charge, the phone can run up to two days for a typical user. 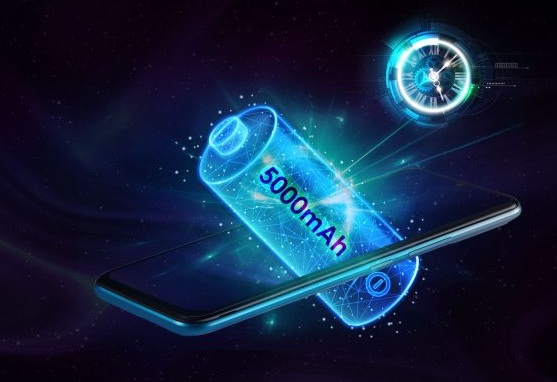 Now, talking about the charging of the phone, I am not very satisfied with this segment. The handset comes with a 5W charger which is a letdown. After putting the phone on charging for 20 minutes, its battery was charged only 15% to 20% percent. It took me about more than 1 hour to fully charge the phone, which is too long.

The Itel Vision 2S is priced in India at Rs 6,999 for the lone 2GB RAM + 32GB storage option. If your budget is less and to perform regular essential tasks, you can buy this phone without a second thought.

Owing to its good look, big display and massive battery, the Itel Vision 2S stand out in the market. However, the camera and performance is a bit letdown. But when you weigh the phone against its price, all these shortcomings don’t seem to be a problem. Overall, if you want a budget-friendly phone to carry out your essential regular work, then Itel Vision 2S is definitely a better choice.