Apple and its leaks for the upcoming models are always the talks of the day. Similarly, the launch of its next-gen SE has captured market attention for quite a long time now. We have seen some impromptu leak videos on the web, revealing its features here and there. Now that the iPhone is finally going to be in India soon, so let’s have a quick chat about what’s new it has for all of us!

Apple iPhone SE 3 is also said to be the affordable iPhone. It will come with many new features, design changes, and connectivity options as well. 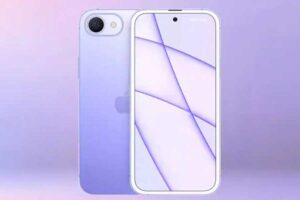 It is a great option for all the iPhone lovers who wait to get a steal deal to buy the latest model or the ones eyeing to buy their first iPhone. This model will also help Apple to accelerate its goals of expanding the consumer base in India. Sounds interesting, right? Let’s have a look at the specs that it is offering and the price range.

The new SE model is likely to sport a screen of 4.7-inch with LCD display. Leaks have also suggested that the new-gen iPhone SE 3 is coming with an A15 bionic chip from iPhone 13, and an XR-like design with a wide notch cut out. As far as the camera is concerned, it might feature a 7MP selfie camera and a 12MP rear camera. The iPhone will come with 3GB RAM and might come with a FaceID security feature as well. Furthermore, it is likely to retain the IP67 water and dust resistance.

Although there has been no official statement on the price, as per the report by 91 mobiles, this one is likely to be priced around $300 (roughly INR 23,000). It also revealed that the iPhone has imported to India along with two iPad models for the test. The other iPad are listed with prices ranging from $500-$700, hinting towards the iPad Air mid-cycle update.