Believe it or not, esports is the next big thing, about which some says, has the potential to outrun Cricket in India. Even though it is still at a budding stage over here, the popularity of this form of sports has been on a steady rise over the past couple of years. While esports has been taking its sweet time to build its foundation among the Indian gaming community, the COVID-19 pandemic has put this change on steroids, acting as a catalyst for the sudden increase in attention. Ultimate Battle is one such esports platform that offers online tournaments and gameplay for mobile, PC and consoles in India. The platform beautifully blends gameplay along with features like social networking, news, and online game store, to enhance the overall user experience. To discuss the state of Indian esports and its prospects for the future, Ramesh Kumar Raja talked to Tarun Gupta, Founder, Ultimate Battle, who wants to make it big in India. Excerpts:

Esports has gained substantial growth to come into the mainstream in recent years. The esports scene in India will see steady growth with its massive young audience. I see a lot of high-value esports leagues powered by OEM/brands becoming a part of the ecosystem which will give a much-needed push to esports in India. We see mobile games leading the esports scene in the coming years in India.

Just like sports, esports is all about competitive gaming between esports athletes watched by millions of fans supporting their favourite players/teams. From organizing leagues to media rights and sponsorships, this all pertains to the basics of the esports market. India has seen a whopping increase in the year 2020 with 17 million spectators for live esports tournaments.

According to the recently-released EY FICCI 2021 report, the online gaming segment grew 18% in 2020 to reach Rs 77 billion as online gamers grew 20% from 300 million in 2019 to 360 million in 2020. Consumption of gaming content has also risen exponentially and this has created a huge opportunity for organizations to garner a fanbase as well as providing an avenue for monetization.

What exactly Ultimate Battle does and how it is contributing to this emerging tech revolution?

Ultimate Battle is an esports platform that aims at provisioning gaming communities of popular esports game titles, organized competitive gameplay for gamers for award and recognition. The 360-degree platform is not just limited to gameplay; but also forays into other aspects of gamers’ requirements. The platform beautifully blends gameplay along with features like social networking, news, and online game store, to enhance the overall user experience.

It is needless to say that it is technology, be it in the form of connectivity, advanced games, hardware, or platform that is fuelling and shaping the growth of esports. The very foundation of the Ultimate Battle platform lies in how technology has been used to create this unique experience for gamers. 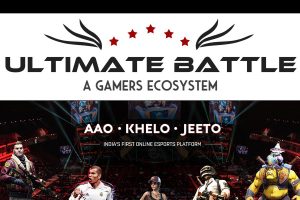 How many games and tournaments do you offer on your platform and what have been their responses?

Ultimate Battle currently hosts nine esports title games on the platform. Every game has its own community and the frequency of tournaments depends on player engagement. Most of the games provisioned are the top popular esports title games in the world. The top ones being Free Fire, COD: Mobile along Chess. India is a mobile-centric gaming space, so the community size and engagement levels of mobile gamers are high compared to PC/console games.

The response we have received from the gaming community has been overwhelming.

How has been the business so far for Ultimate Battle in the last few months? What are your expectations post COVID-19 era?

Ultimate Battle has seen a 45% increase in user engagement on the platform, we are currently adding around 35K users to the platform every month, which is expected to rise in the coming months. The pie is only getting bigger. Esports entertainment has managed to accelerate the change which was anyway brewing pre-Covid. The Covid has only put this change on steroids and it is around the corner.

We don’t expect user engagement to change drastically post lockdown, but it can have its impact when life boils down to normal. We are expecting to retain a good 50-60% of the newly-gained user base on our platform.

What are the ways to promote, encourage, organize, educate, train and regulate esports in India?

Esports in India is still at their nascent stages. But the past few years have given a great push forward to bringing esports to the mainstream in the Indian gaming industry. The bifurcation of esports from other gaming categories and government legislation will be the major impetus that can bring a monumental change to the esports scene in India.

The massive audience is already seeing esports as a viable career option. And we as an organization, emphasizes providing a centralized platform to esports athletes and enthusiasts to showcase their skills, learn from interactions, and compete on the Ultimate Battle platform. With more players feeding into the esports ecosystem, this will give rise to multiple opportunities for various profiles like coaches, casters, team organizations, etc.

Indian game development companies are already playing a significant role in the gaming industry ecosystem and are striving forward with innovative ideas. I expect to see some homegrown world-class gaming content to be released from Indian gaming companies in the near future. Prime Minister Narendra Modi in a recent speech has also emphasized promoting Indian ethics and culture into the games that are developed in India.

What have been the major achievements of the Ultimate Battle?

Back in 2017, esports events were much disorganized with no protocol to cater to the Pan India gaming audience. With Ultimate Battle online gameplay and frictionless user experience, we’ve been able to provide the gaming community a space to grow and enjoy gaming in all its glory.

We’ve been growing ever since with player feedback and our interpretation of a gamer’s requirement. Here are some achievements in recent years- Community Size of 3 lakh gamers; Achieved MAU of 28,000; Successfully integrated 10 esports title games to the platform; Addition of news portal and game ecommerce store making us a one-stop platform.

What innovations and diversifications are you doing to stay ahead of the curve in India, which is a highly competitive market?

We believe scalability to be one of the main pillars for the growth of the platform. We have structured the platform making it scalable using different levels of platform automation.

How has the model of gaming on the cloud been one of the biggest boons of the industry which has helped handle the sudden upsurge?

The requirements for playing high-end games are not budget-friendly to most Indian gamers. Cloud gaming provides a solution to this whereby the most basic requirement comes down to a good internet connection which is widely available in top cities. This not only reduces the hardware requirements; but also provides remote gameplay a much better option as a player can sit on any computer and enjoy the seamless experience of playing on a high-end device.

With the introduction of 5G in coming times, we’d see a wider coverage for cloud gaming services giving a boost to the gaming ecosystem. 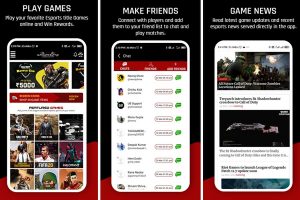 Esports is growing, and we need to establish a wider wireframe to support the ecosystem so that new skilled players can grow from all over India.

Esports in India have gained sufficient momentum and are becoming mainstream. Every game has its community size but overall growth has never been dependent on any single game/entity. With the competitiveness in the market, players can always opt for something better as esports is majorly pushed via leagues being organized in line with game publishers. This can be seen with the popularity of Free Fire in India. Players will always have a top-tier game to play and what we’ve to do is just keep up with player behaviours. 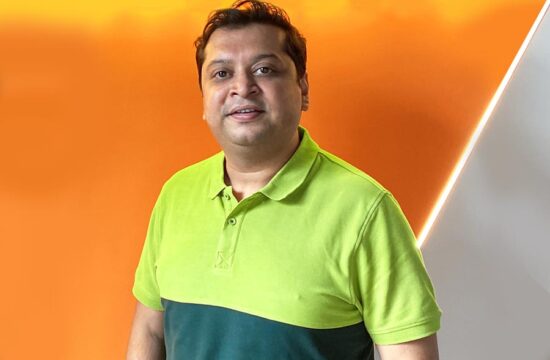 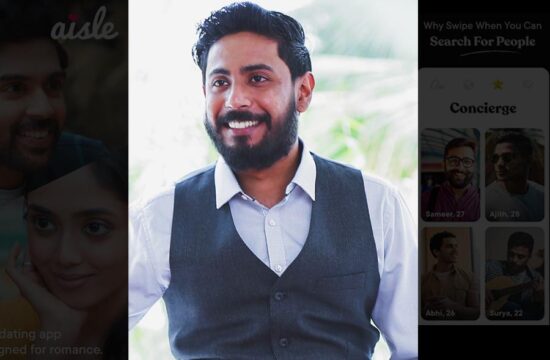 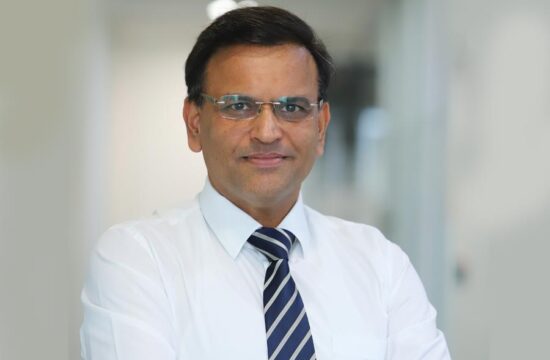 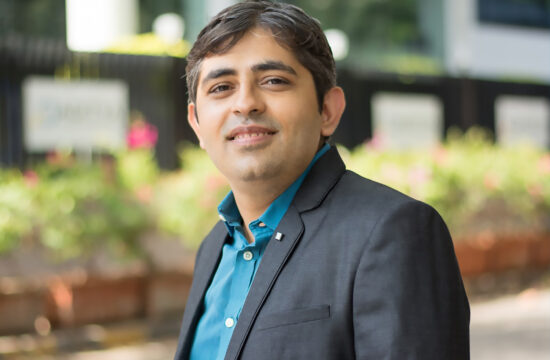 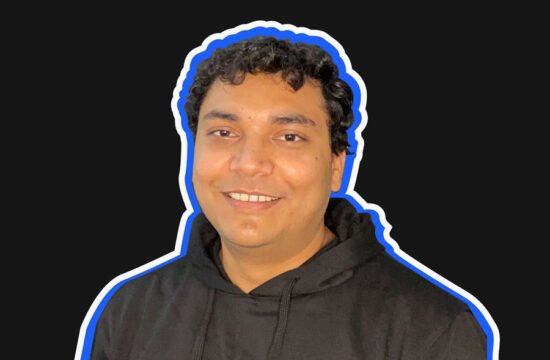 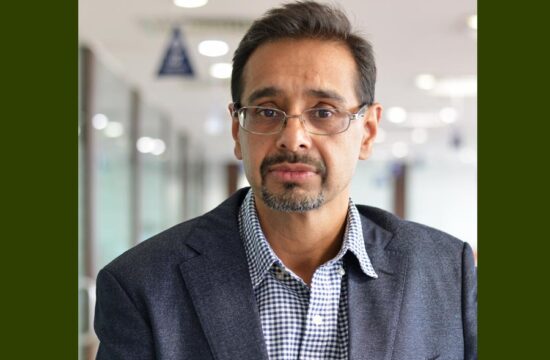 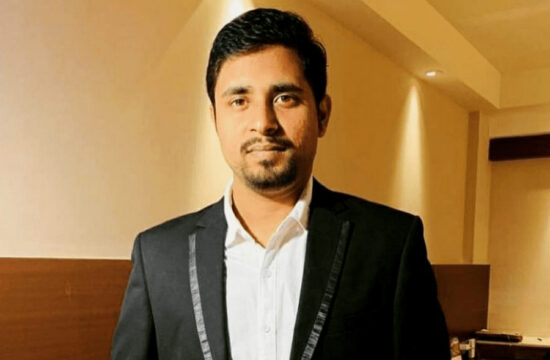 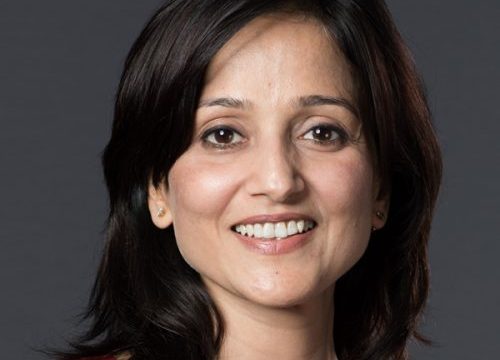 “We are sitting on a…